Timothy is the kind of boy who would never let a little stomachache slow him down. A sports enthusiast, you could often find him with a ball in his hand – usually a baseball or football. But toward the end of 2017, a persistent stomach pain started to take its toll. As the pain’s severity increased, his mother, Sloan, began looking for answers.

“We began at our pediatrician and then progressed to a pediatric gastroenterologist,” Sloan recalled. “After about three months of trying things that didn’t help, the doctor ordered a sonogram.”

The sonogram revealed a tumor near his stomach and liver. Timothy was immediately prepped for a biopsy where the tumor was identified as neuroblastoma – a childhood cancer that develops from immature nerve cells found in several areas of the body. The diagnosis was a surprise because Timothy was eleven years old, and neuroblastoma most commonly affects children five or younger. 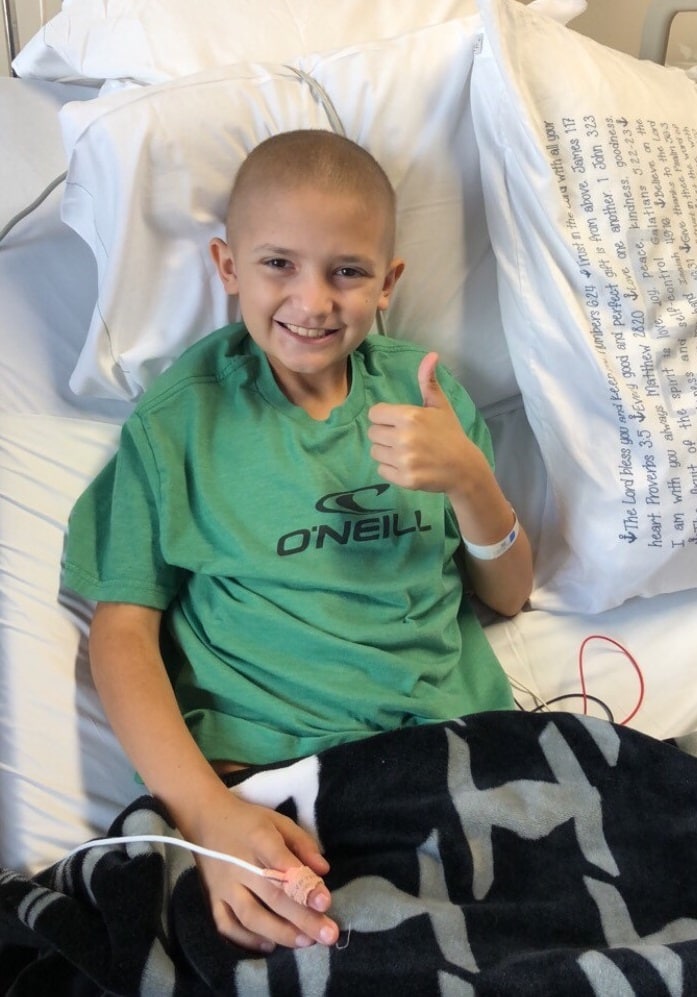 After the biopsy confirmed the results, Timothy had another surgery to add his port and started his first round of rigorous chemotherapy that was to last five months. While the treatment did wonders to shrink the tumor, it also ravaged his body at the same time.

“Timothy went from a healthy boy to a state of malnourishment,” Sloan said. “He was so sick that he got down to 48 pounds, and we had to have a g-tube placed to give him nutrition.”

The next phase of treatment was removal surgery. The chemo had worked to shrink the tumor, and during a seven-hour operation, doctors took out all they could. Because the tumor was wrapped around two major arteries, the surgeon was unable to remove it completely. Once he recovered, Timothy had a stem cell transplant followed by radiation, and then immunotherapy, which is a type of cancer treatment that boosts the body’s natural defenses to fight cancer.

The immunotherapy was particularly harsh on Timothy, and he spent weeks at a time in the pediatric intensive care unit. Through all of the difficult treatments, separation from friends and family, and time away from home, he never complained. Despite missing many days of school, he worked hard and was able to finish the sixth grade with all A’s!

Timothy has been declared No Evidence of Disease (or NED) for ten months. He isn’t quite finished with his treatment. In order to prevent a relapse, he is enrolled in a clinical trial and takes three pills twice daily. He will continue that regimen for another year and a half.

“All-in-all, Timothy is doing great,” said Sloan. “His weight is up to 80 pounds, and he’s looking forward to playing baseball again in the spring. We aren’t sure about football, but we’ll decide on that later. For now, we are just thrilled that he’s healthy again.” 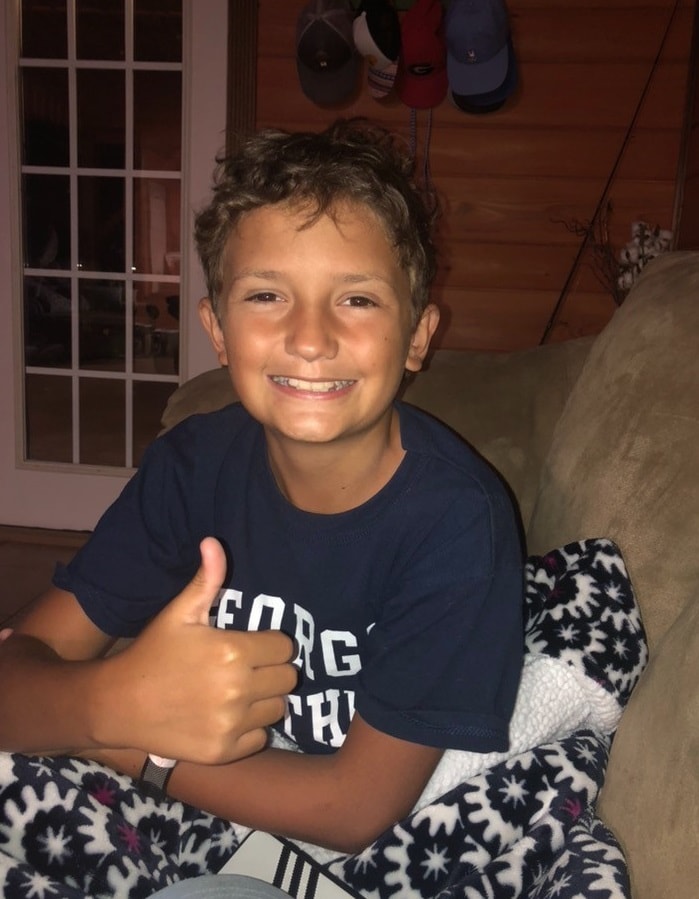 Timothy’s family has expressed gratitude to CURE for helping them deal with the challenges of treatment. The hospital where he received the majority of his treatment was 80 miles from his home, and his stem cell transplant was 300 miles away. CURE was able to help ease the financial burdens of the travel through our family emergency fund – part of which helps with gas and other travel-related expenses.

“We want to make sure the high cost of transporting a child to treatment doesn’t take a toll on a family’s finances,” said Lisa Branch, CURE’s Director of Patient and Family Services.  “CURE is happy to be able to help families like Timothy’s in this way, because a long stretch of highway should never be a barrier to a child’s health.”