While childhood cancers are rare, Tristen’s parents knew he had a better than average chance to be diagnosed with cancer. His mother, Angie, is a retinoblastoma survivor, and doctors had told her that there was a chance of passing the disease to her children.

Retinoblastoma is a cancer of the eye that most commonly effects young children. About 250 to 300 children in the United States are found to have retinoblastoma each year. Approximately 1/3 of those cases involve a specific genetic mutation and are considered hereditary. If one parent carries the mutated gene, each child has a 50 percent chance of inheriting that gene. 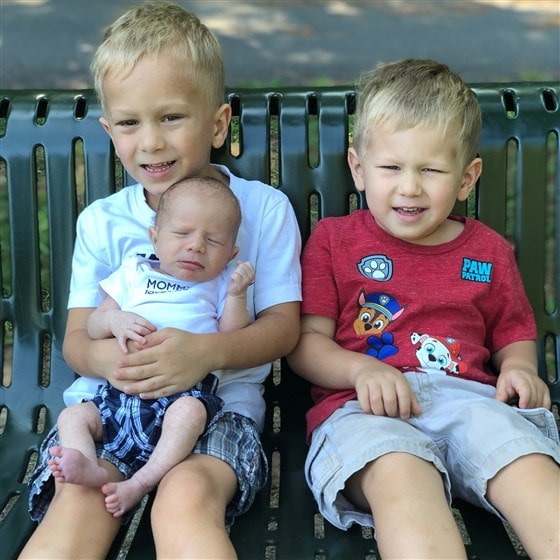 So when her first son was born, doctors immediately checked for the disease.

“Tristen was born early and spent about four weeks in the neonatal intensive care unit,” his father, Aaron said. “At three weeks, they found the tumor and started chemotherapy immediately.”

Their second son, Caison, was also born early and diagnosed with the same cancer at two days old. Because the cancer was detected early, both boys responded well to treatment. They haven’t had any new tumors in a long time, and they are watched closely by the doctors to ensure cancer doesn’t return.

“Angie’s treatment in the 80’s was much harsher than what the boys received,” Aaron explained. “She was older when they found the tumor, so it had also progressed further. They used intense radiation and cryotherapy which killed the cancer. But unfortunately, she wasn’t able to keep her eye.”

When their third son came along, they thought they had beat the odds. Just like his brothers, Carter was evaluated soon after his birth to see if he had any tumors. But unlike his brothers, doctors found no signs of cancer. But because of his genetics, Carter was monitored closely, and a tumor was found when he was six months old.

Like his brothers, the cancer was diagnosed so early that his prognosis is very good. Aaron says he hopes to use their story to raise awareness of childhood cancer.

“No one can imagine a family with three children who have cancer,” he said. “But knowing their genetics and their early diagnosis has been key in fighting the disease and preserving their vision.” 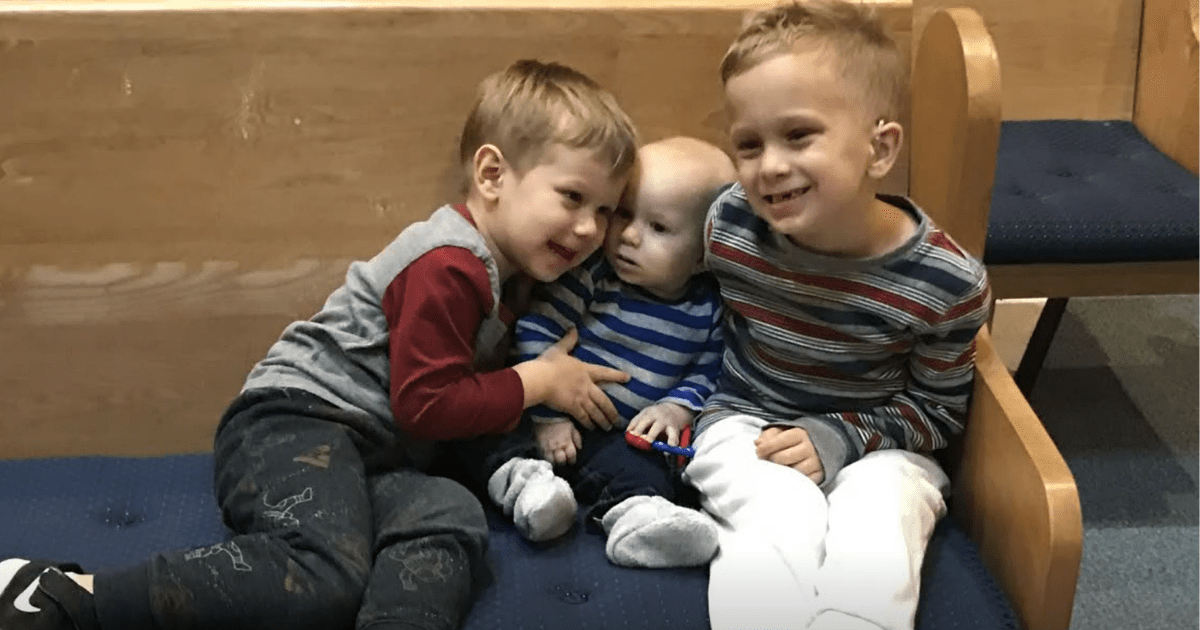 The Rush brothers underscore the connection between information and outcome. At CURE, we are laser-focused on improving outcomes for children fighting cancer. Because of their genetic makeup, the Rush’s medical team knew to check for cancer at its earliest stages.

Most childhood cancers are the result of genetic changes that happen early in the child’s life, sometimes even before birth. The typical childhood cancer diagnosis comes as a result of symptoms such as pain, swelling, or bruising, and almost always takes longer to discover than it did in the case of the Rush brothers. But if doctors had access to genetic information in the early stages, treatment paths may change and outcomes could improve.

“The way that we treat most childhood cancers now is by brute force,” explained Dr. Daniel Wechsler, Director of Pediatric Oncology at Children’s Healthcare of Atlanta. “We use drugs that have significant side effects. If we knew what particular drugs a child’s tumor was going to be responsive to, then we could use fewer drugs and get better outcomes.”

That is the premise of CURE’s Precision Medicine Initiative. By analyzing a child’s DNA, doctors are often able to discover genetic markers that help them tailor the perfect treatment to that child. This type of discovery is standard protocol for many adult cancers. But currently, only children with relapsed or high-risk tumors have their genes sequenced. Often, this is too late.

We believe that all children should receive the very best treatments available, and that begins by arming doctors with information. To that end, our goal is to make genetic discovery and genetic sequencing the first step in every child’s treatment.

Take the next step to support research that will help save kids with cancer… kids like Tristen, Caison, and Carter.