The Long Journey from Idea to Bedside

Dr. Michael Jensen of Seattle Children’s Hospital is one of the leading authorities on CAR T-cell therapy. He has been working on CAR T-cell therapy for many years, and his work is proving to be very beneficial for pediatric cancer patients. This type of therapy provides hope that someday children can receive far less-toxic medicines that lead to a cure. 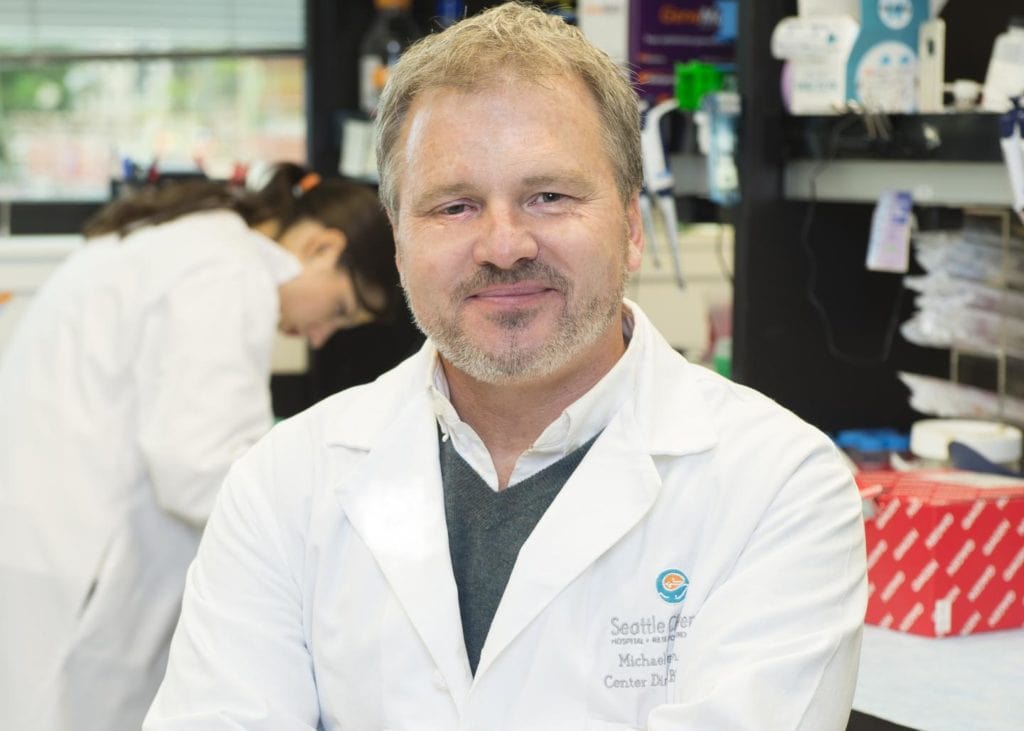 Dr. Jensen started his career in the late 1990s at City of Hope National Medical Center in Los Angeles, where his research looked at the technology to take immune cells from a cancer patient and genetically modify them to recognize and attack cancer cells. This is something the patient’s natural immune system can’t do. His research was groundbreaking at that time, and his lab had to build everything from scratch.

“This was similar to creating the Apollo rocket and trying to land on the moon,” Dr. Jensen said. “We had to invent and create every step of the process and make sure the quality was sufficient. Once the first cells were infused, it was literally like landing on the moon and hoping that everything went right.”

It took over a decade of small trials to work out each and every kink, and obtaining funding for something so revolutionary was challenging. One source of consistent funding came from Lauren’s Run. From the beginning, Lauren’s parents were looking for groundbreaking research that would help children with cancer. After learning of Dr. Jensen’s research, they decided that it was exactly what they were looking for and made sure proceeds from the race supported his work.

His breakthrough came in 2014, when doctors using the patient’s own immune system through CAR T-cell therapy started seeing dramatic remissions in children with leukemia who were otherwise out of options.

“Without a functioning immune system, cancer would be much more common,” explained Dr. Jensen. “Think of cancer cells as a semi-truck on a freeway down a mountainside with the brakes broken, and the gas pedal stuck on full. On the way down, the cells acquire genetic programs and mutations and become uncontrolled. The human immune system is challenged because this isn’t a virus that came from outside the body. It doesn’t help that the cancer cells create deflector screens to fool the immune system into peaceful coexistence when we would like for the immune system to attack.”

CAR T-cell therapy takes the T-cells out of the body and supercharges them. The supercharged cells are then put back into the body as a surprise attack on the cancer cells, and the deflectors are not always effective in turning off the immune response. Ideally, within a week or two, the patient goes into remission. The cells then continue to move to all parts of the body, hunting and eliminating any remaining cancer cells. Over 90% of leukemia patients whose initial treatment didn’t work go into remission when given CAR T-cell therapy!

Leukemia was the first target, but the goal is to get CAR T-cell therapy to work against other childhood cancers. CAR T-cell therapy represents a major step toward a safer cure for children. It started as an idea in the mind of brilliant researchers years ago and is now a frontline treatment for many children. But it didn’t happen overnight. It was a long process, and Lauren’s Run was with them every step of the way.