By Mark MyersApril 6, 2020No Comments

Why one mom chose hospital over home

Hyrum is a fighter. He is three years old and has Downs syndrome, epilepsy, and was recently diagnosed with leukemia. But he doesn’t let anything bring him down. Hyrum is a perky ray of sunshine who loves his family, meeting people while cruising the hospital floor, and oh, how he loves to sing.

“Music is his balm,” said his mother, April. “When a song comes on, he lights up completely. He isn’t extremely verbal, so music is how he communicates.”

Diagnosed with leukemia in October, Hyrum reached remission quickly but is currently in a very difficult portion of his treatment called delayed intensification. This eight-week phase is important in preventing leukemia from returning later in his life. And while her medical team has told April there was a chance she and Hyrum could go home for a week in the middle, because of COVID-19, she asked if they could stay.

“Hyrum has had health complications most of his life and is no stranger to respiratory distress,” April explained. “Most people would be praying they could go home for a week. But his little body can’t tolerate any respiratory problems. I can’t risk his life to be social, so we asked to stay here.” 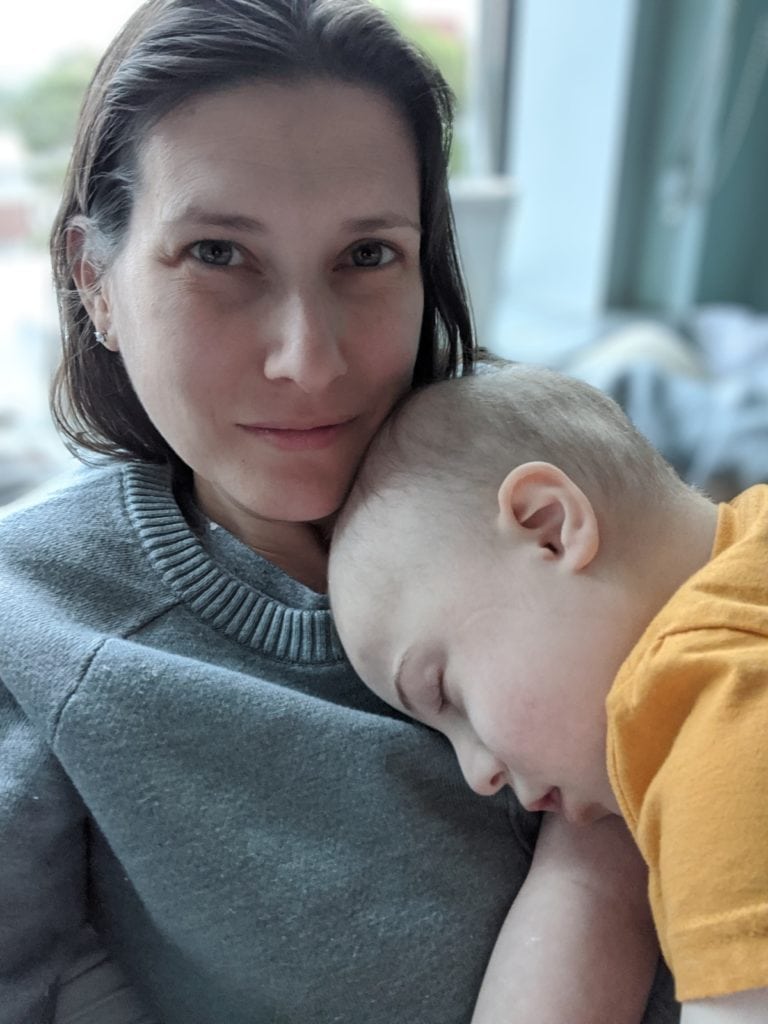 Hyrum’s home is a busy place with a large family of nine, and he loves every minute of it. When he got sick, his older sisters who dote on him created his #hopeforHyrum hashtag that got him some attention from one of his favorite actors, Dwayne Johnson. Of course, Hyrum knows him only as Maui in the movie Moana – which he loves because of the music. While he misses home, April knows this is the right place for him during the pandemic.

“Being on this floor is our safety bubble,” April said. “I’ve barely left the room in three weeks and we won’t leave the floor until we go home. I don’t want to go to the cafeteria and potentially bring germs back to him. So the boxed lunch deliveries from CURE are a godsend to us right now.”

Fortunately, her doctors agree that Hyrum should stay put. Since he isn’t the typical leukemia patient, they won’t treat him like one – especially with his risk of complications from COVID-19 being so high. And how is the isolation treating April?

“I put on a brave face because Hyrum needs to know that I’m steady for him,” April said. “But there is an isolation that doesn’t leave. There is a sense of security that this virus has taken away because it has removed the ability to have all of the emotional, spiritual, and physical support we need. Facetime is not the same as getting a hug or seeing my kids in person.”

Right now, Hyrum is handling the isolation fairly well. Hospitals have been a major part of his young life and he’s used to being there. His birthday is on June 1, and everyone’s goal is to finish this portion of his treatment and get him well enough that he can celebrate being four at home.