Later this month, Nicholas Childers will walk with his fellow seniors as they graduate from St. Andrews School. By all accounts, his future certainly looks bright. Most people who see him in his blue cap and gown will never know that there was a time when his future was in doubt. But even at his young age, Nicholas has fought a battle that most can’t fathom.

In 2015, ten-year-old Nicholas began experiencing persistent nausea and fever. His parents were told it was a virus. But after it wouldn’t go away after two months, they knew it was something more. On April 3, blood work revealed that Nicholas had B-cell high-risk acute lymphoblastic leukemia. 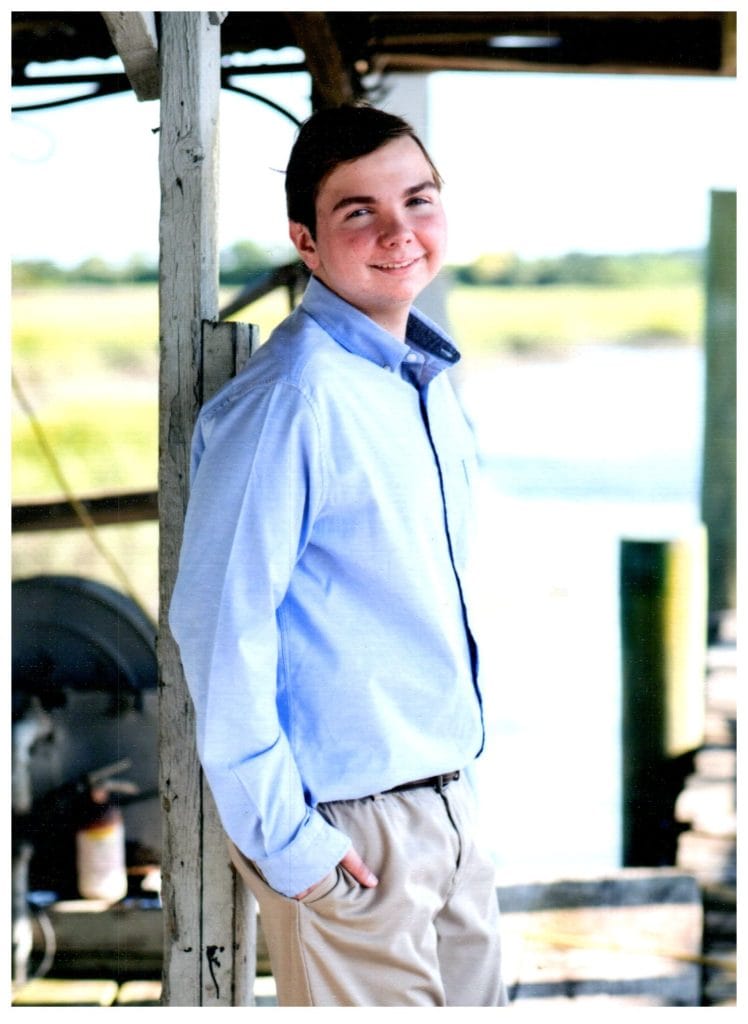 “Nicholas responded well to treatment in the beginning,” shared his mother, Cheryl. “But things went downhill fast. The nausea was relentless. He had pancreatitis from one chemo and had to have his gallbladder removed. Then he had an anaphylactic reaction to another drug. It was awful.”

Today’s treatment for leukemia lasts approximately three years. Nicholas reached remission in the first month. But a year later, the side effects were still affecting him, and the anti-nausea medications were not helping. So his doctors decided to stop his medications for a week to let his body recoup. His next spinal tap revealed that Nicholas had relapsed.

“At this point, Nicholas needed a bone marrow transplant,” Cheryl said. “We had everyone tested, and no one was a match. Fortunately, a perfect match was found in a woman in England. She went through the donation procedure, and Nicholas had the transplant in April 2017.”

While the transplant was difficult for him, he was declared cancer-free the following month and finished treatment in December. He hasn’t looked back.

Nicholas loves animals and talked about going to veterinary school after college. But he shadowed a friend in a veterinary clinic and decided that line of work wasn’t for him.

“After that experience, he was able to shadow our dentist and has really enjoyed it,” Cheryl said. “So he will be studying biomedical sciences at the school of Health Professions at The University of Alabama at Birmingham and plans on becoming a dentist! He’s very excited about it.”

At CURE, we love seeing kids persevere through their struggles and have the opportunity to live out their dreams. We will be cheering Nicholas on as he graduates and moves on to college!