At the age of two, Madeline’s fine motor skills were in the lower 5% range. She had more baby fat than most of her little peers, and an awkward gate when she tried to run. Her family was referred to several doctors, but never discovered the cause behind her issues.

“She fell down a lot and would cry no matter how hard the fall,” recalled her mother, Bethany. “We just thought she was sensitive, but her motor skills continued to fall behind children her age.” 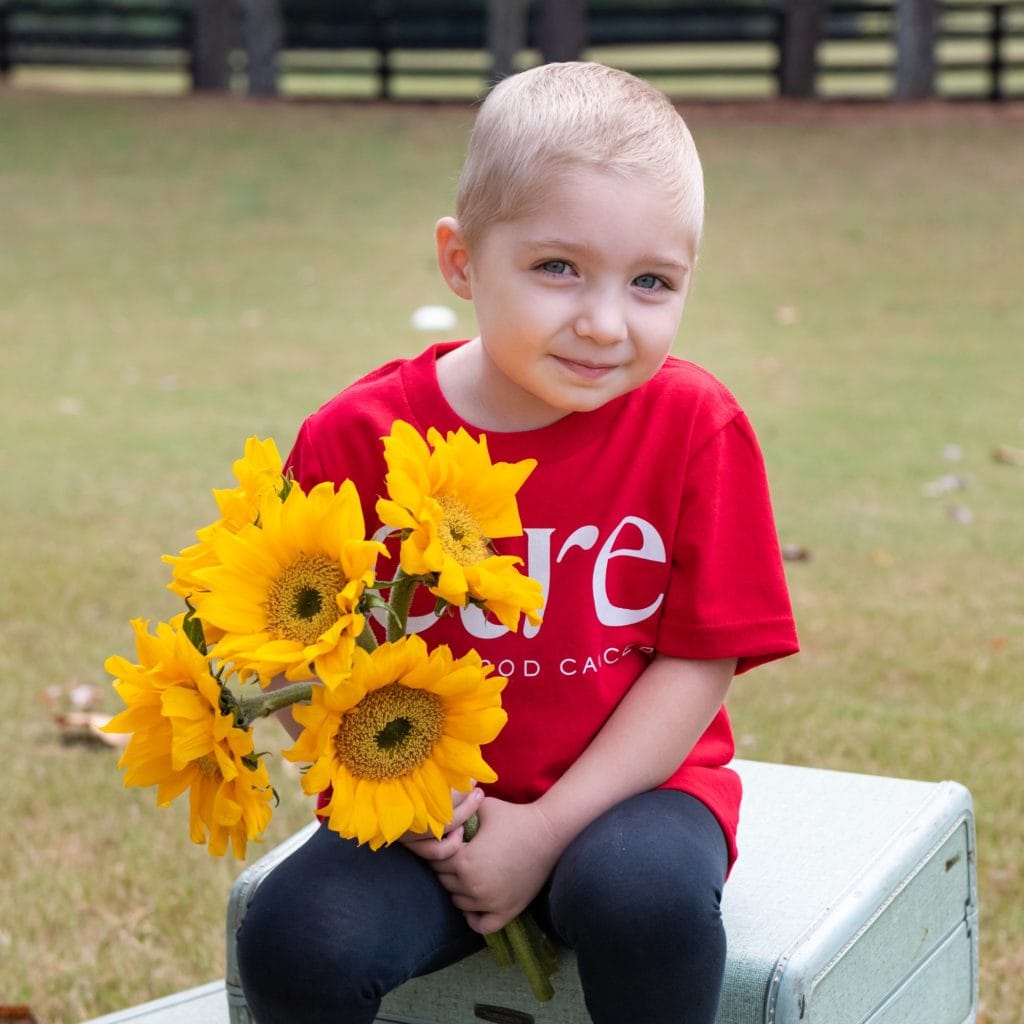 Just after her third birthday, Madeline had terrible leg pain and refused to walk, so Bethany took her back to the hospital. Madeline’s blood work showed that inflammation markers were very high, so doctors ordered a total body scan. They found a football-sized mass in her abdomen that had smashed her bladder and pushed into her intestines, kidney, and liver.  A biopsy of the mass confirmed a diagnosis of neuroblastoma.

“The signs were there if we look back,” Bethany said. “Madeline wasn’t sensitive. She was probably the toughest kid around. Every one of those falls hurt her badly.”

Madeline began chemotherapy right away.  After two rounds, she was able to walk again. The chemo that proved effective at first slowly stopped working to shrink the tumor. A long surgery allowed doctors to extract 85% of what remained. Unfortunately, the tumor was too intricately woven into Madeline’s spinal column for complete removal.

Madeline was enrolled in the Aflac Precision Medicine Program (APMP) funded by CURE, and the results of her genetic testing were both interesting and useful. Madeline’s tumor had a gene mutation often associated with an aggressive form of neuroblastoma. But fortunately, the remnants of Madeline’s tumor have been stable. Knowing that Madeline has that particular genetic mutation will help doctors in the future should her tumor become active. 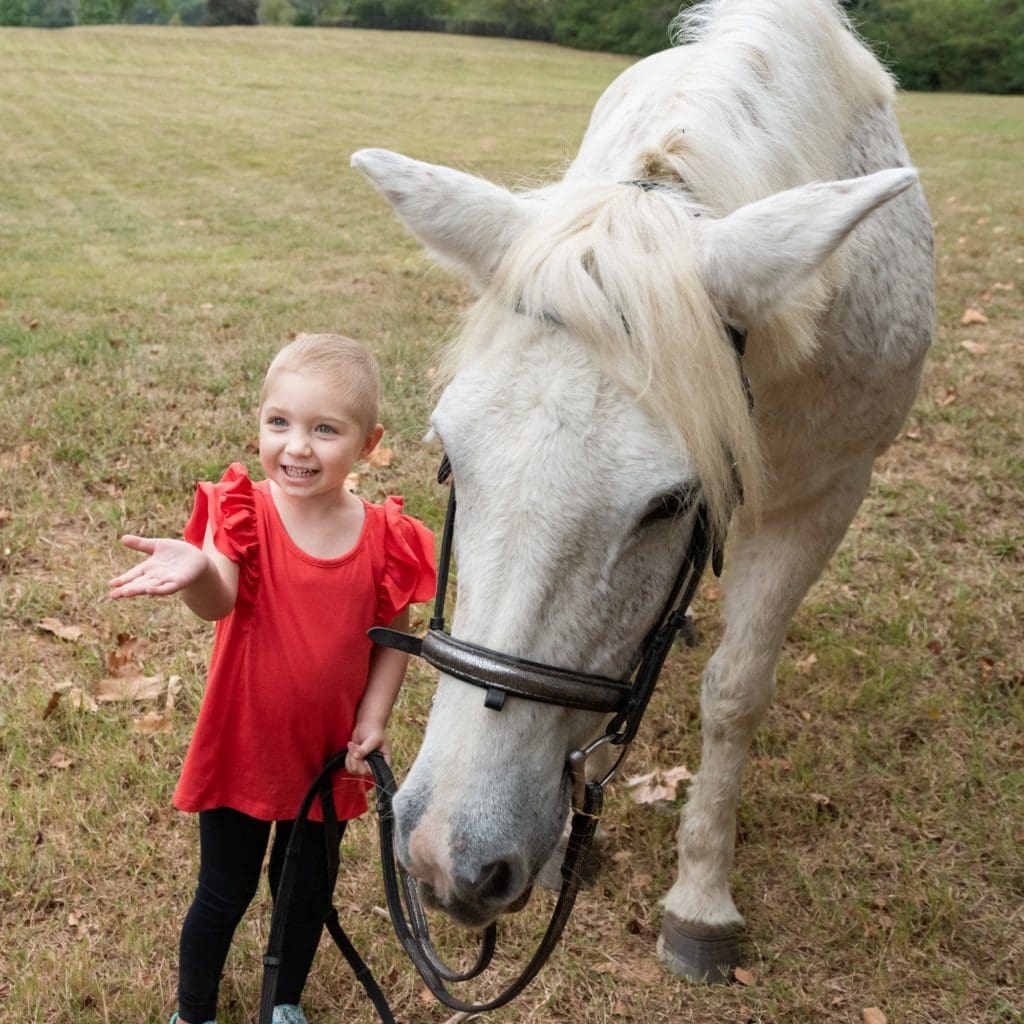 Another part of the APMP is the genetic predisposition program, which provides care for children who are at risk for developing cancer due to a cancer predisposition syndrome or a family history of cancer. Madeline’s younger sister, Sedona, has a known genetic disorder called hemihypertrophy. So she was referred to the genetic predisposition clinic to see if her genetic mutation was the same as Madeline’s. If a genetic link between the two was revealed, it might indicate that Sedona had a high risk of developing cancer in the future.

Although no link was found, the fact that both of their children have genetic disorders had an impact on the family as a whole.

“We’ve decided not to risk having additional biological children,” Bethany said. “If we want to grow our family in the future, there are certainly other ways to do so.”

With the mass removed from her stomach and cancer treatment behind her, Madeline is a completely different child. She loves climbing on the playground and using her body now that it works better for her. She rarely cries when she falls down, which proves she is one of the toughest four-year-old kids around.

Take the next step to support research that will help kids fighting cancer… Kids like Madeline.

What is Precision Medicine?

In 2017, CURE made an unprecedented $4.5 million commitment to the Aflac Cancer Center of Children’s Healthcare of Atlanta to launch the Aflac Precision Medicine Program (APMP). With this award, the Aflac Cancer Center would become one of only a small handful of pediatric cancer centers nationwide able to offer this cutting-edge treatment approach to children with cancer. Lauren’s story shows how important this program has become.

An easy way to understand precision medicine is to think of it as “personalized medicine.” Although we know that every child is unique, today’s childhood cancer treatment does not take into account the genetic differences of each child. Rather, a child’s cancer is treated according to disease type. But often, children with the same type of cancer respond differently to the same treatment. A chemotherapy which is effective for some may fail altogether for others because of the genetic differences at play. That is where personalized medicine comes in.

Over the past twenty years science has made incredible leaps in discovery by finding what is referred to as genetic barcodes – our DNA and RNA. We now understand what healthy cells look like and can often find triggers or markers in a tumor where something went wrong with a gene. By locating and isolating that problem and finding chemotherapies or other treatments proven effective against the genetic problem, doctors hope to improve survival while also minimizing exposures to toxic treatments which are not likely to work.

“There are really four outcomes when we look at genetic information taken from a child’s tumor,” explains Dr. Douglas Graham, Director of the Aflac Cancer. “The first is the perfect storm – we find a target that has a drug which is known to be effective against it and that drug is approved for children. We also may find a target with a matching drug that is not approved for children and would have to petition for access. The other options are not as optimistic. We may find a target with no drug known to work against it or we may find no target at all.” 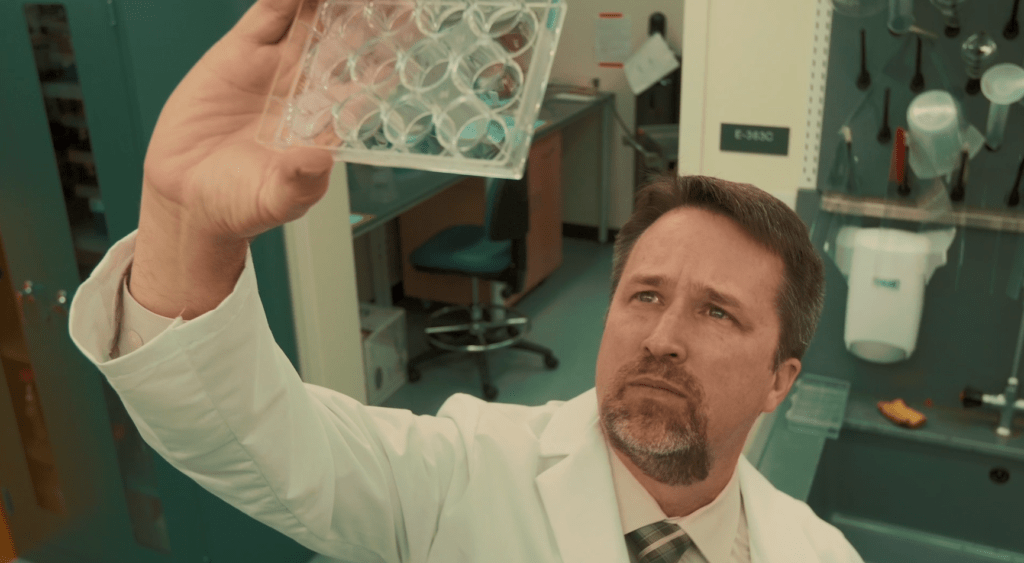 The first step in the process is getting the child’s genetic information. Since July 2018, more than 40 relapsed or high-risk patients have been enrolled in the Aflac Cancer Center’s Precision Medicine Protocol.

At CURE’s Board of Directors meeting in October 2018, Dr. Daniel Wechsler, Director of Pediatric Oncology at the Aflac Cancer Center, shared, “We have received sequencing results back so far on 36 patients. Several patients have had ambiguous diagnoses confirmed as a result of (genetic) sequencing, which has helped us choose appropriate therapeutic protocols. A couple of patient tumors have shown mutations that have directed us to specific clinical trials for targeted agents.”

Fully funded by a three-year grant from CURE Childhood Cancer, the APMP is well ahead of schedule. In this second year, thirty patients were expected to be enrolled in the program.  However, Dr. Graham and Dr. Wechsler report they have enrolled many more than that. The groundwork has now been laid for more and more children to benefit from this new area of science.

While information is the key to the program, it is also the most significant limiting factor. The sheer complexity of the human genome is overwhelming, and not many are people trained to interpret genetic data. Biological informatics is a growing field of study due to this demand, and the APMP is working with the best resources available.

Also, there are currently only a handful of pediatric cancer centers across the country which precision medicine programs and the volume of information being recorded by each is significant. Finding ways to share information is a challenge to progress. This is changing, however. Doctors from the APMP are working with Memorial Sloan Kettering in New York, Cincinnati Children’s Hospital, and other leading centers to develop collaborations and efficient ways to share data.

CURE Childhood Cancer remains determined that precision medicine is one of the most promising methods for improving survival rates in children. And we steadfastly believe that our children deserve the best and safest options available.