Keeping up with Zoe

By Mark MyersFebruary 15, 2021No Comments

Last year, Courtney Thomas sat snuggling her two-year-old daughter, Zoe, in her lap. As she rubbed Zoe’s neck, she felt an odd swelling. As a pediatric nurse, she knew something was wrong.

“My radar was already up because she was fatigued and had been fighting an ear infection,” Courtney said. “A few days later, my husband noticed tiny bruises on her collar bone. We took her to her pediatrician the next day.”

Bloodwork confirmed what Courtney had begun to fear. Zoe had leukemia. Ironically, Zoe became a patient in the very hospital where Courtney works as a nurse. Her initial hospital stay lasted 19 days. While they were inpatient, the COVID-19 pandemic began to rage. 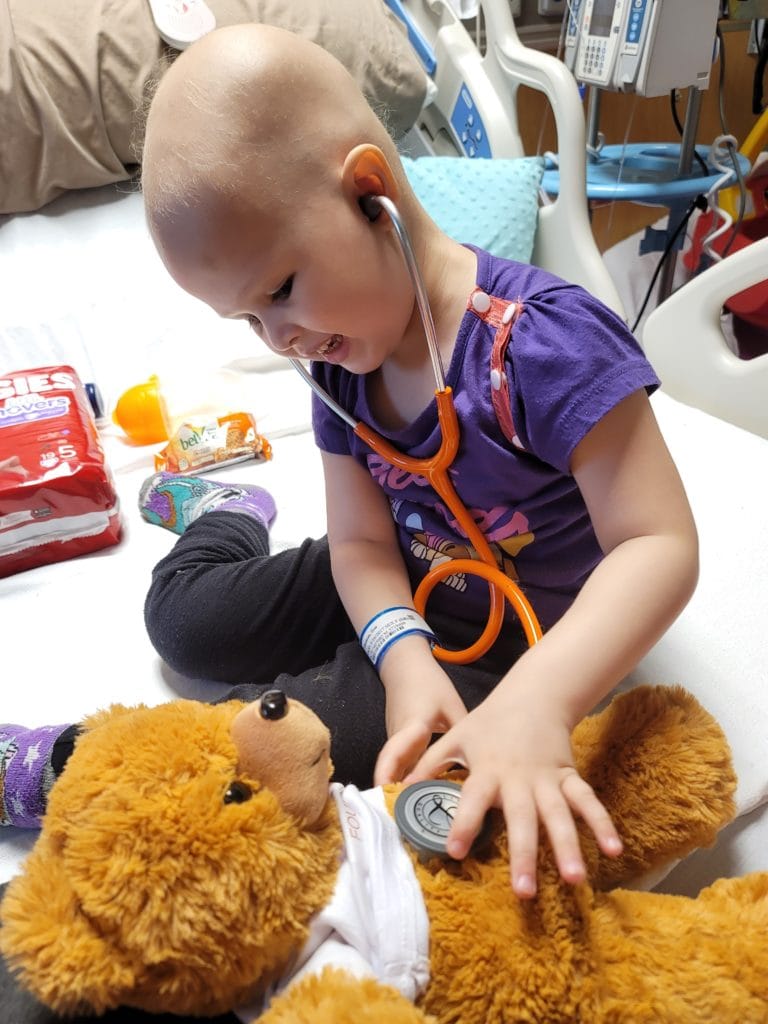 “Her whole treatment has been during the pandemic, and it adds a layer of worry,” said Courtney. “During one of her hospital stays, I was seven months pregnant. At the time, only one parent could stay with her. It’s tough to be that pregnant and alone while trying to entertain and care for a sick toddler. Being away from home so much has been difficult for her and her older brother, Arlen.”

Courtney has since delivered a healthy little boy, and Zoe is thrilled to be a big sister. Zoe is now in the maintenance portion of her treatment. She takes oral chemo pills nightly and goes in once a month for a chemo infusion. But Zoe’s treatments often make her immunocompromised, and with COVID still around, life has yet to return to normal.

“We are incredibly thankful for friends delivering meals and helping us around the house,” said Courtney. “But the isolation has been hard. We miss being able to go to church and visit with friends, and sometimes we feel isolated or even forgotten.”

While the pandemic has caused Courtney and her husband, T.J., to feel alone at times, they met a new friend in the hospital who has made a big difference. Courtney said:

“CURE has been here for us from the very beginning. As soon as we were diagnosed, we were given a CURE tote which included basic toiletries, which was appreciated since we weren’t admitted until after 8 pm. We also realized very quickly what an enormous blessing the Open Arms meals are. Having food served to us took away a great deal of stress because it was one less thing to worry about.”

“CURE has also been a huge support for us out of the hospital as well. The Quiet Heroes event came right after we had gotten back home from the hospital and was such an uplifting and encouraging experience for us both. I began to realize that we are not alone – we are now a part of a huge tribe of people, parents who love their children fiercely and will all fight for these kids and support one another together.”

All of this support has meant so much to them that, even though Zoe is still in treatment, the Thomas family has sponsored Open Arms meals for families of hospitalized kids. And as for Zoe, she is feeling much better and is back to singing, dancing, and trying to keep up with Arlen. It’s been a year since her diagnosis, and her treatment will continue until June 2022. While that seems like a long time, the entire family has learned that mixed in with the tough days will be some really good days. 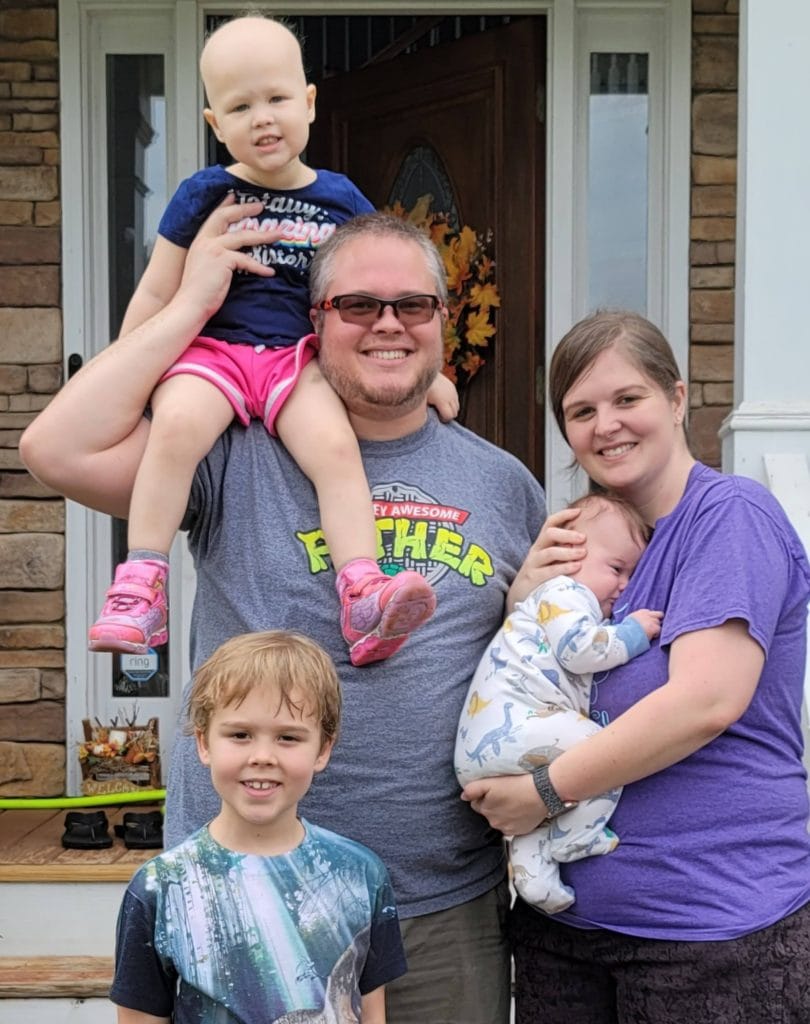