The loss of a child is so unnatural in our society that many parents feel utterly alone in their grief. Since it is such a rare occurrence, most people have no idea how to help or even engage with a bereaved parent. As part of our commitment to support families devastated by childhood cancer, CURE brings these parents together every year at our Weekend of Hope and Healing. During this weekend, families celebrate the lives of their children while attending presentations and workshops designed to assist them in their grief process.

But it is so much more than that. Each year, we hear of new ways lives have been touched as parents of different races, religion, income levels, and ages come together and realize they are not alone. Last month, parents of 51 precious children gathered together to move forward in their grief. Here is just a taste of what they discovered.

Jonathan Day lost his son, Owen, in September of 2017 and found peace during the weekend. 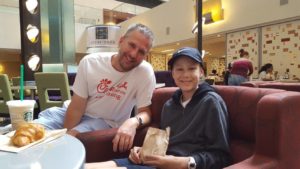 “Whenever I am in a normal group of people, I can stop a conversation or destroy the mood by just talking honestly about my children,” he explained. “But here, I sat in a room with people who know exactly what I went through. I got to talk about Owen without making anyone feel uncomfortable. I found that soul-settling.”

Jonathan also took comfort in hearing that other men share many of the same feelings with which he has struggled.

“The rational side of me understands that cancer was out of my control,” he said. “But the emotional part of me still holds onto the feeling that I failed as a father. My principle job was to protect Owen and I didn’t. It was very powerful to hear that there are other men dealing with that same feeling. I didn’t feel isolated when I was in that room.”

Also in attendance was Trish McKay, who lost her nine year old daughter, Kate in April of last year. She found meeting the parents and learning about their children particularly meaningful. 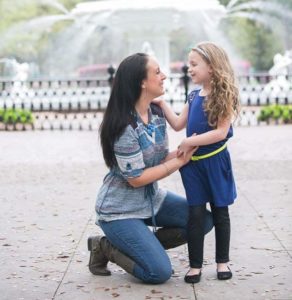 “I got to make some new friends, share our stories, and learn all about their children,” she said. “And that was the best part, getting to know some of Kate’s new neighbors! I am always wondering about the new things she is doing now in heaven, and for once, I know a little bit of who she is probably hanging out with! They are really cool kids. Morgan, the sassy three-year-old who loves glitter and purple. Alyssa, the sweet fourteen-year-old who danced at her school. Anna-Charles, the six-year-old fashionista who sang Meghan Trainor songs for the nurses. Kian, the two-year-old who charmed the nurses and had an afro bigger than his head.”

We recognize that everyone grieves differently and there is nothing we could ever do to completely alleviate a parent’s grief. Grief is a process and we hope the weekend helps to move people forward wherever they are in that process. When we hear comments like those of Benji Hollis, we are assured that the weekend was meaningful. 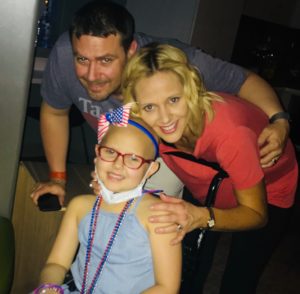 “Our daughter, Anna Charles, passed away 4 months ago after a bout with Acute Myeloid Leukemia,” Benji relayed. “Our emotions were, and still are, too raw and we weren’t quite sure if we were ready to attend Hope and Healing. But attending was the best decision we’ve made. It was helpful to meet other parents who could relate to the pain and suffering that we are enduring. It didn’t make our pain go away, but it was comforting to know that we aren’t alone. We got the chance to really get to know some of the other parents, and we look forward to staying in touch with them, as well as seeing them next year. There was definitely a healing factor to the event that we didn’t have before we arrived. We showed up with hope and left with even more.”

If you’ve experienced loss, please note the common theme running through all three parents: community. There is something significant about sharing your pain with other people who understand. Whether online or in person, we urge you to seek out others whose similar experiences can help you move forward in your grief. There is hope after loss.