Getting Khairi Back on the Field

By Mark MyersJanuary 26, 2021No Comments

Khairi loves baseball. He doesn’t even mind the bumps and bruises that result from playing hard. But when he was four years old, something odd happened. He got hit in the eye with a ball, and his mother, Michella, expected swelling immediately. But it didn’t come. In fact, it was days before the shiner appeared, and it lasted for nearly a month.

Unbeknownst to Michella, the reason Khairi’s eye didn’t swell was because his platelet count was dangerously low. Soon after that incident, he began to lose weight and got several unexplained fevers. The second time Michella had to leave work to get him from school, she took him to the hospital for evaluation.

“The nurse took a blood sample,” Michella recalled. “Then she came back and took another. After a few hours and two more samples, I knew something was wrong.”

Michella’s family has a history of lupus, so she imagined this might be the cause. But when a team of six doctors, including an oncologist, came into the room, her world was shattered.

“They told me Khairi had leukemia,” she said quietly. “It’s a lot to hear that your baby has cancer when you’re all by yourself. I had to leave the room so I wouldn’t break down in front of my four-year-old.”

Soon Khairi was whisked away for blood transfusions to get his white blood cell count down, followed by surgery to place a port for chemotherapy. In a few days they learned that Khairi had acute myeloid leukemia (AML). His plan included seven rounds of intense chemo, with a break to recover in between each round. But it took Khairi’s body a long time to recover every time, and he rarely got to stay at home more than a few days.

Fortunately, Khairi was cancer-free after his final treatment and got to ring the bell at the hospital, a special tradition at the end of treatment. Michella had been forced to take a leave of absence from work, so they went home to rebuild their lives and get back to normal. But normal was short-lived. After a routine follow-up visit months later, Khairi’s doctor called them with the devastating news that the cancer was back.

“I was so angry,” Michella said. “I went back to work and thought we were finished. I never had one thought that this would come back and had let my guard down. When I got that call, I was lost.”

With just five days left in his first grade school year and a few baseball games left in the season, Michella let Khairi enjoy his school awards ceremony. Then she took him to the hospital where he began the process of a bone marrow transplant. The transplant went well, but Khairi reacted to the pain medication and was rushed to intensive care.  After he recovered and went home, he had some issues with graft versus host disease – a condition where the new bone marrow cells attack the recipient. But Khairi is strong and is pushing through it all.

“He’s finally doing pretty well,” Michella said. “Khairi has a long way to go, but we keep working through it all for each other.”

Khairi takes eighteen medications a day and is isolated because his immune system is so compromised. His transplant was a year ago, and he hopes to be back on the diamond playing baseball again soon. And with everything he’s been through, he will definitely be the strongest kid on the field. 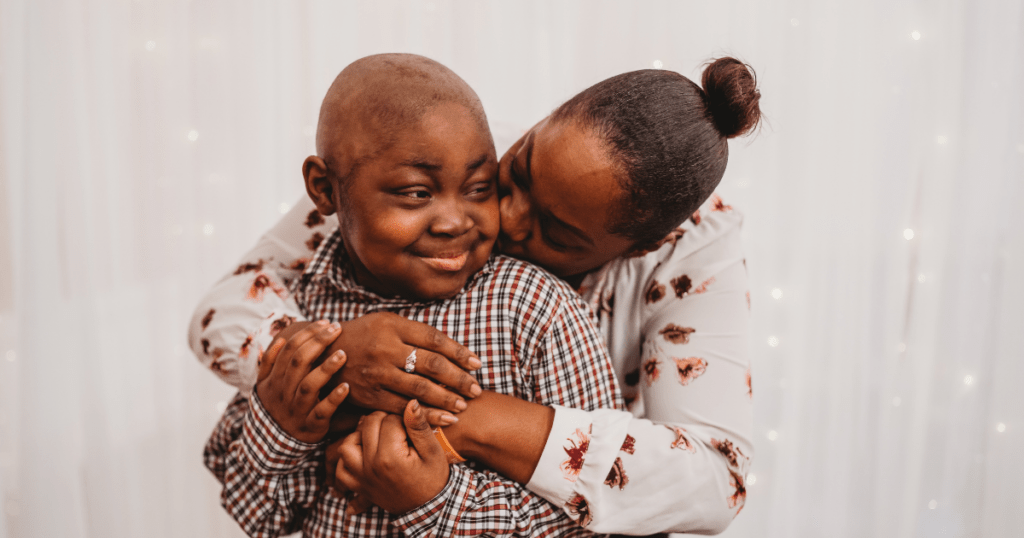