Blessings in the Middle of the Storm

When Jessica Brandon received the call that her six-year-old son, Drew, had collapsed in the school cafeteria, she didn’t know what to expect. Fortunately, she was a teacher at the same school, so she was able to be at his side in minutes. She arrived to find him bluish and struggling to breathe. After scooping him up and racing to the nurse’s office, she called 911. Soon they were both on their way to the emergency room. With oxygen, Drew was starting to look better.

“He had been just fine the night before,” Jessica remembered. “He struggles with asthma and had a couple of viral infections in recent months. But nothing like this.”

Doctors in the ER assumed Drew was suffering from another virus and ordered a chest X-ray of his lung. The next person to enter his room was an oncologist, and Jessica’s world changed forever. The X-ray showed a tumor the size of an adult’s fist on Drew’s chest wall between his lung and heart. His collapse was a result of the pressure exerted by the growing tumor pushing against his left lung. The same hospital had recently done an X-ray of his chest that showed nothing. Amazingly, the tumor had grown that large in just five weeks.

“When we learned about the tumor and put it all together, we realized just how lucky and blessed we were that he collapsed at school,” Jessica shared. “The doctor said he could have just as easily gone to sleep one night and never woken up.”

Drew was diagnosed with stage 4 t-cell lymphoblastic lymphoma. While the advanced stage of the disease was cause for concern, the prognosis was actually good because this type of childhood cancer carries an 85% survival rate. The treatment plan called for a strong regimen of chemotherapy that would last for three years and regular lumbar punctures to monitor Drew’s bone marrow. He started chemo within 24 hours of his collapse, and within a month it had melted the large tumor in his chest. Additionally, the cancer in his bone marrow was almost nil.

But he wasn’t done fighting. Drew seemed to suffer from every complication possible during his treatment. He got a blood clot in his shoulder that required blood thinners for several years, and that wasn’t the worst of it. 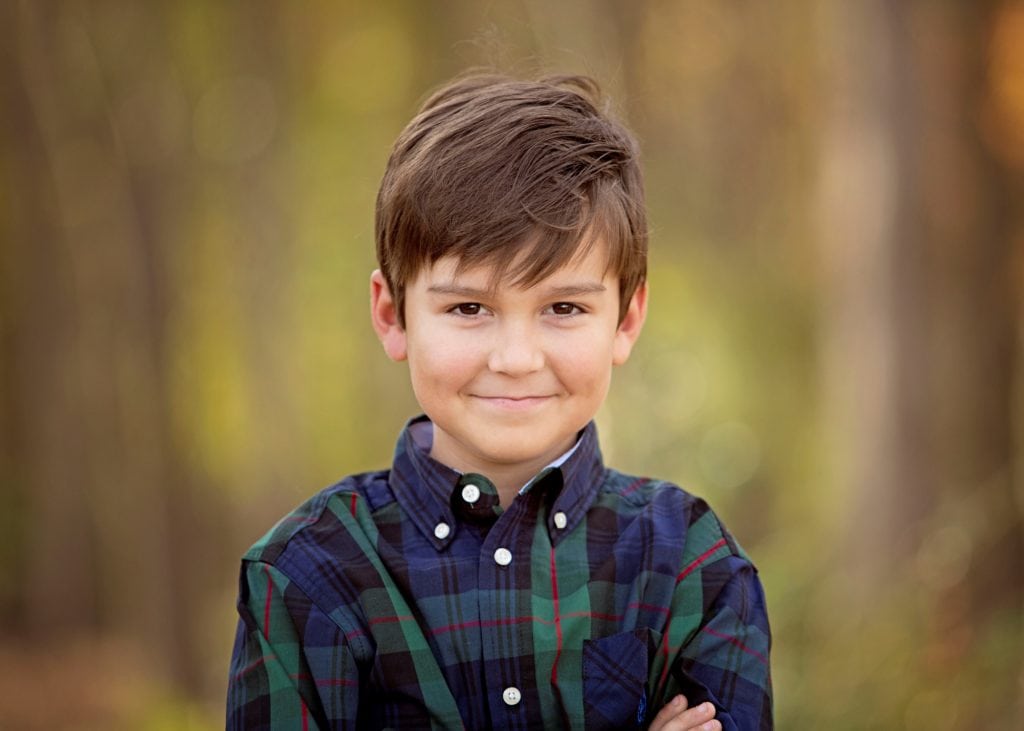 Five months into treatment, Drew became very sick and was taken to the hospital. While the chemo was destroying the cancer, it was also depleting Drew’s natural immune system. After a battery of tests, doctors discovered that five viruses had invaded his weakened body. They also learned that his heart was functioning at less than 30% of normal.

“They had no choice but to put him in an induced coma to let his body heal,” Jessica explained. “He was in a coma for four weeks, and during that time, he coded twice. Both times they ushered us into the hall while they performed CPR on the other side of the door. We thought we had lost him.”

But Drew is a tough one. In fact, Jessica calls him her fire-breathing dragon and says he is all-boy. Drew pulled through that difficult episode and took a little break from his cancer treatment to gain strength. Soon he was back to full chemo and his body seemed to tolerate it better this time. He finished treatment in August 2018 and turned ten in February. He loves soccer, building with Legos, and playing Fortnite and started the fifth grade in the fall.

“Drew was old enough that he remembers his treatment – both the good and the bad,” Jessica said. “He still hates having blood drawn. But the incredible doctors, nurses, and families we’ve met will always be a part of his life, and the blessings we received in the middle of the storm have made him stronger.”

Take the next step to support research that will help save kids with cancer... kids like Drew.

Give Now
Give Monthly