At the age of ten, Anderson had already chosen his career path. After a brief stint in the minor leagues, he planned on playing major league baseball – preferably for the Braves. He was working hard toward his goal, but after a batting session in 2013, Anderson complained of chest pain. As the pain persisted, his parents took him to the emergency room, where they thought it was likely a pulled muscle.

A few days later, he began to feel sick to his stomach. So they went to the emergency room, where a blood test revealed that Anderson had leukemia. He immediately started the standard treatment, which was scheduled to last three years.

“Anderson always took longer than average to rebound from the chemo,” said his mother, Sally. “In fact, early in his treatment, his count stayed very low, and he got a severe infection called typhlitis.”

Typhlitis is an infection of the intestine, and in Anderson’s case, it caused him all kinds of trouble. He needed emergency surgery, and his body struggled to fight off sepsis in the area. After they got that situation under control, Anderson wasn’t able to walk because the infection had moved to his upper leg.

“He was such an avid baseball player that it was awful thinking that he might never be able to play again,” Sally recalled. “It took six months for him to be able to walk on his own, and he still has a little hitch in his gait.”

While he was learning to walk again, a music therapist put a guitar in his hands. That moment changed the trajectory of his life. Anderson loved playing that guitar, and he developed a love for music that became a guiding force in his life. But his battle with cancer wasn’t over. His medical team ended his treatment early because of his dangerous sensitivity to chemotherapy.

Unfortunately, Anderson relapsed 15 months later. His doctors decided on a 2-year treatment that was slightly less toxic. He tolerated it well, but ten months after completing it, he relapsed again. 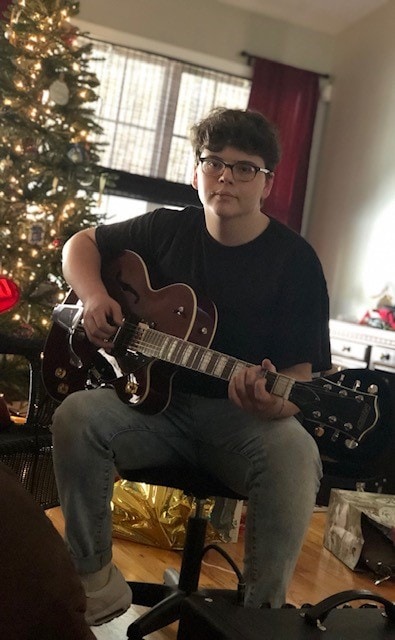 “We were shocked when they said it was back,” Sally said. “Anderson had no symptoms. He was just getting routine labs.”

In 2020, Anderson began treatment for the third time just as the pandemic swept across the world. When he reached remission, his doctors decided to start (CAR) T-cell therapy. This new form of treatment uses the patient’s own immune cells to fight cancer by changing them in the lab so they can find and destroy cancer cells. It worked perfectly for Anderson. He has been in remission since.

“We are very blessed that the T-cell therapy was available for Anderson this time,” Sally shared. “Our children deserve the very best treatments, and the only way we will get there is by funding research.”

That was a year ago. Since that time, Anderson has taken up golf, graduated high school, and focused on his love of music. In fact, he will begin his studies at Belmont University this fall, where he will study to be an audio engineer. No longer focused on baseball, Anderson plans to work in the music business – all because of a guitar handed to him during treatment.