Why is Carter Losing Weight?

When Carter was 18 months old, he began to get skinnier. Because he was very active and the time was right for him to start losing baby fat, no one thought much of it. But as he grew taller, his mother, Erin, became concerned. No matter how much he ate, he still lost weight.

“He was eating like a horse and you could see his ribs,” she recalled. “About a month after his well check-up, I stopped in at the pediatrician’s office and asked them to weigh him. He had lost a pound in that month!” 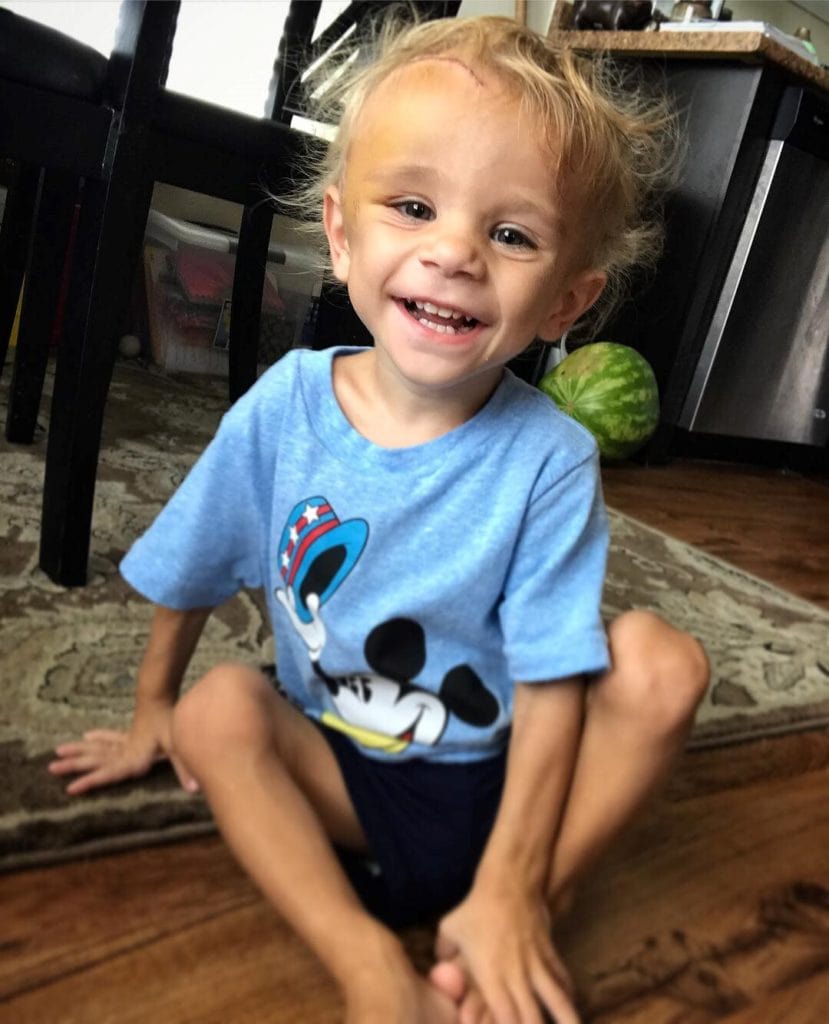 The doctor shared her concern. Carter weighed 18 pounds and a healthy child his age should weigh around 25. Over the next few months Carter would visit several specialists and have tests for disorders such as celiac disease and cystic fibrosis. He began to lose strength and his typically active pace began to slow dramatically. When test after test came back negative, he was admitted to the hospital where an endocrinologist discovered he had diencephalic syndrome – a disorder that speeds up the metabolism.

“What we didn’t know was that the syndrome they found is usually caused by a tumor,” said Erin. “They did a CT scan and sat us down to tell us he had brain tumor. Being told that your child has a tumor was the scariest thing I’ve ever heard.”

Carter underwent a biopsy that revealed it to be a pilocytic astrocytoma – a slow-growing, benign tumor. His doctors did not feel it was worth the risk of brain surgery to try to remove it, so they decided to monitor it instead. But what was supposed to be a slow-growing tumor grew larger in just a few months. So a surgery was scheduled to remove as much as possible.

“The surgery lasted twelve hours,” Erin said. “It was excruciating. Other parents came and went from the waiting room all day while we sat there until they finally came out and told us that the surgery was finished.”

The surgeon said he was happy with the results. He was able to remove roughly 40% of the tumor and within a week, Carter was walking, smiling, and playing at home. But his battle was far from over. A follow-up MRI showed that the tumor had spread down his spine. 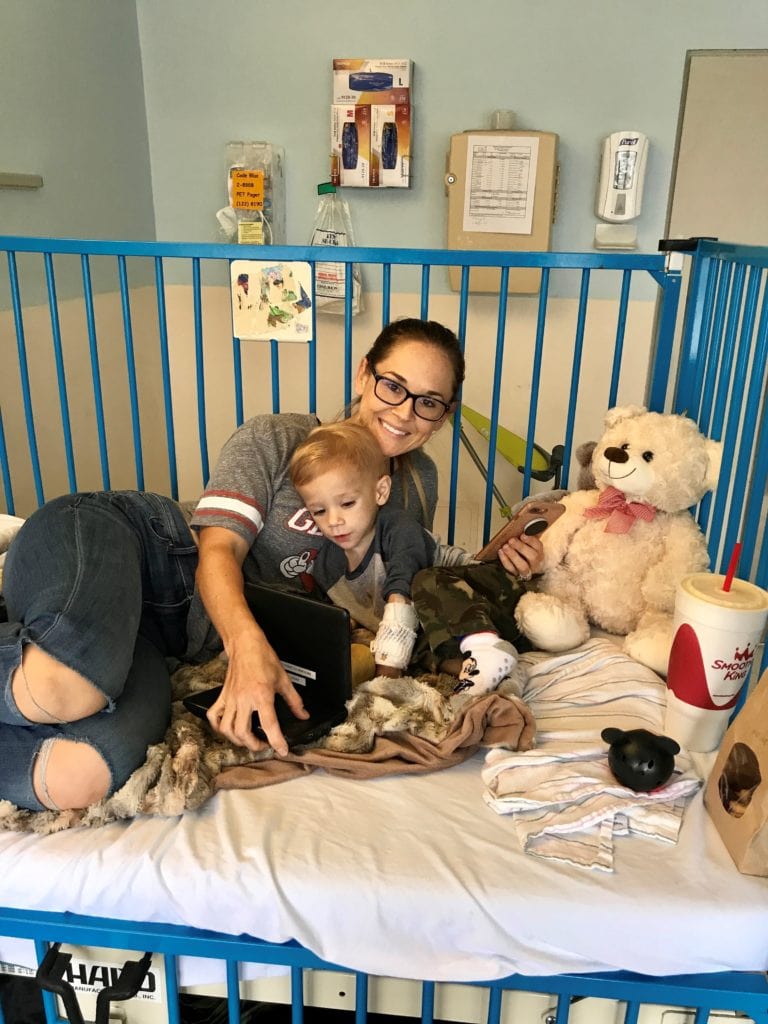 “That was a defeating moment,” said Erin. “He’d been through so much already and this type of tumor isn’t supposed to grow or spread.”

Carter stayed at home for a month to let his body heal and then began chemotherapy which made him very sick. After seven rounds, he developed a brain bleed that forced surgeons to put in a shunt to relieve pressure should it happen again. Since that time, his parents have taken him from his home in Savannah to Atlanta and Washington DC for treatment. He has been on clinical trials, and currently receives a combination of three chemo drugs every week.

“Stability is the best-case scenario,” explained Erin. “We desperately wanted it to shrink and were disappointed time after time. At this point his tumor has been stable for almost nine months. Now that we’ve adjusted our expectations, we are happy with that result!”

And Carter is finally doing well. He is back to being very active and has even gained weight! He loves Mickey Mouse and following his older brother, Cade, all over the place. His family feels that it’s important to share his cancer journey and when he slows down, Carter will almost always smile for the camera.

“We want to share Carter’s journey for two reasons,” said Erin. “We want others to know the realities of what childhood cancer families deal with. We also hope that Carter’s joy throughout his treatment will brighten someone’s day.” 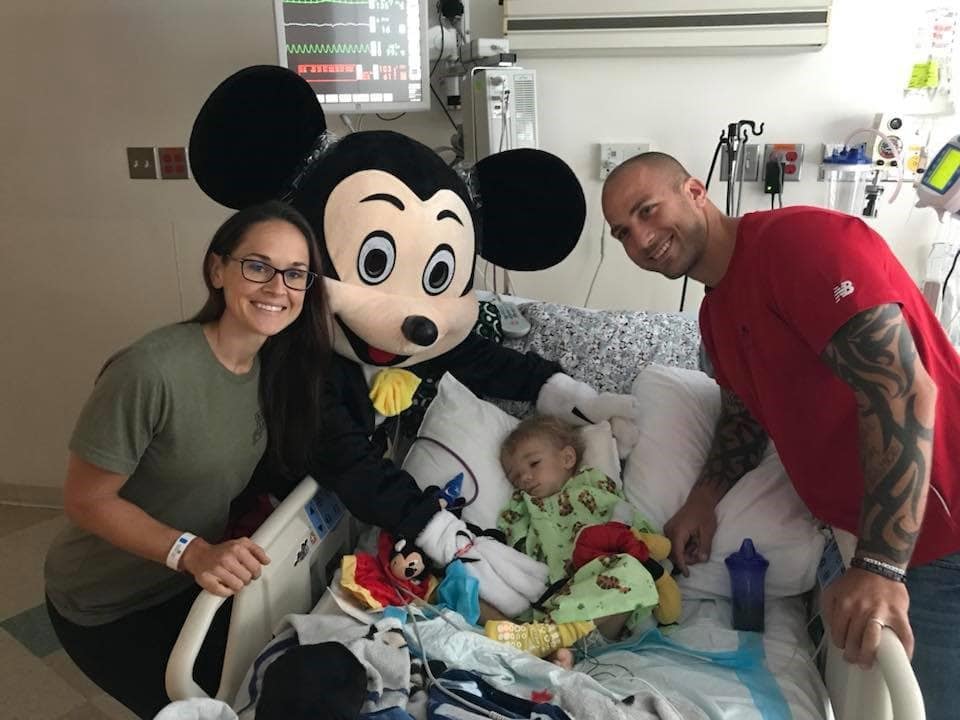