When Emmy Rings the Bell

A high fever drove Emmy Waymire’s parents to take their 5-month-old to their pediatrician. After trying to figure out the source of the problem, a sonogram later revealed that one of her kidneys was enlarged. It was then that they learned a very long new word: nephroblastomatosis, or the presence of excess tissue within the kidney. This rare condition is often benign and not worrisome. But in some children, the condition is a pre-cursor to a Wilm’s tumor, which must be treated.

“We lived in Kansas at the time and the doctor told us there were only 19 other cases of this,” said Emmy’s father, Kevin. “She did a year of chemo and it shrunk by 50% by the time we moved to Florida. When we arrived, the doctors there immediately diagnosed her with a Wilm’s tumor.”

Their new doctor recommended removal of the kidney. That seemed very drastic to her parents who were originally advised removal could later cause the tumor to spread to her healthy kidney, so they sought a second opinion from an expert in Boston. What they learned there validated their decision to wait, but their new team felt removing the kidney had become the right course of treatment. The surgery took place in November of 2019. After she recovered, they came home and began her chemotherapy in Atlanta.

“Our doctors in Boston originally wanted us to stay there to do chemo,” Kevin said. “But logistically that would have been very hard for us to travel and stay so far away from home. It also would have been quite expensive!” 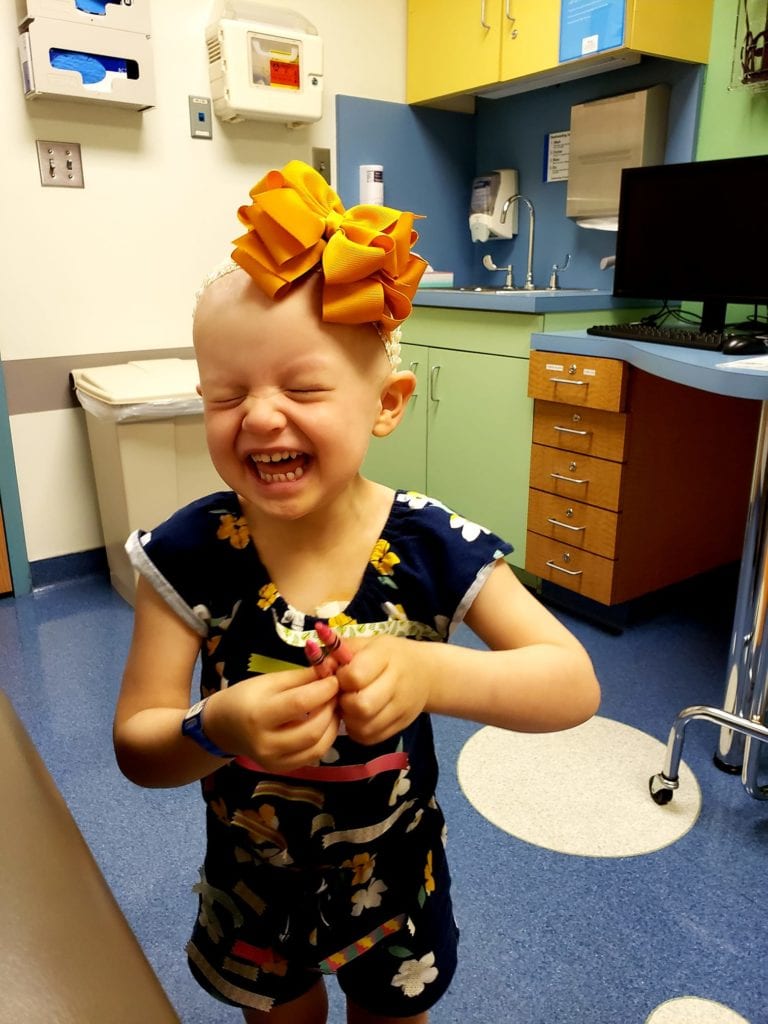 They’ve been coming to Children’s Healthcare of Atlanta ever since. She had weekly chemo infusions until mid-February. After that they made the trip to Atlanta once every three weeks. Her last chemotherapy treatment is scheduled for mid-May and they couldn’t be more excited!

Emmy will be a spunky three-year-old in July. Her father describes her as a girly-girl who likes tutus and frilly bows. But she also likes playing in the sand at the beach, building with blocks, and pestering her 4-year-old brother. And while they are almost finished with treatment, the pandemic has affected them in a few ways.

“For the most part, it hasn’t been that much of a change for us. We were already isolating ourselves and living in a bubble,” Kevin explained. “Our issues with the pandemic have had more to do with our jobs than Emmy’s health.”

Emmy’s mother, Ashleigh, is a nurse at an OBGYN clinic. She hasn’t worked very much this year because of Emmy’s treatment, but she recently started back. Kevin is a marriage and family therapist and registered play therapist. He recently had to close his practice because so many adults are not yet comfortable with telehealth.

“The hospital stays also became very different for us,” Kevin said. “Emmy has to be admitted and we are used to switching out to give each other a break while she’s there. But now only one parent can be with the child for the duration of their stay. I understand why. But it’s hard not being able to be with them.”

They also found out that she will not be able to have a traditional bell-ringing ceremony to mark the end of treatment. While they are disappointed, the Waymire’s plan to give Emmy a special celebration when they can. They’ll likely do it at home – which seems appropriate during this time of quarantine. But hopefully some of the restrictions will be over and they will be able to invite friends and family to join them to cheer Emmy on when she rings the bell! 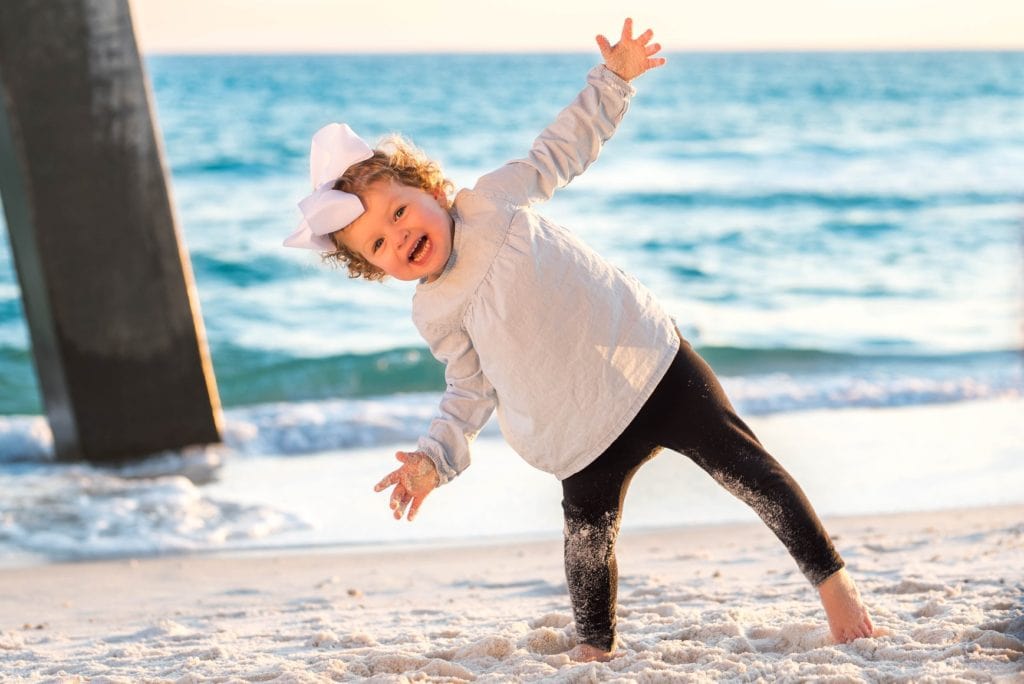