As a young lawyer, Roger Weitkamp had a co-worker whose experience with pediatric cancer led him to volunteer with CURE and ultimately serve on its board of directors. But nothing prepared him for when cancer came home.

“As the father of two little boys, I saw Kristin dealing with her son’s cancer diagnosis, and I couldn’t imagine going through that,” Roger said. “It made me want to do something to help.” 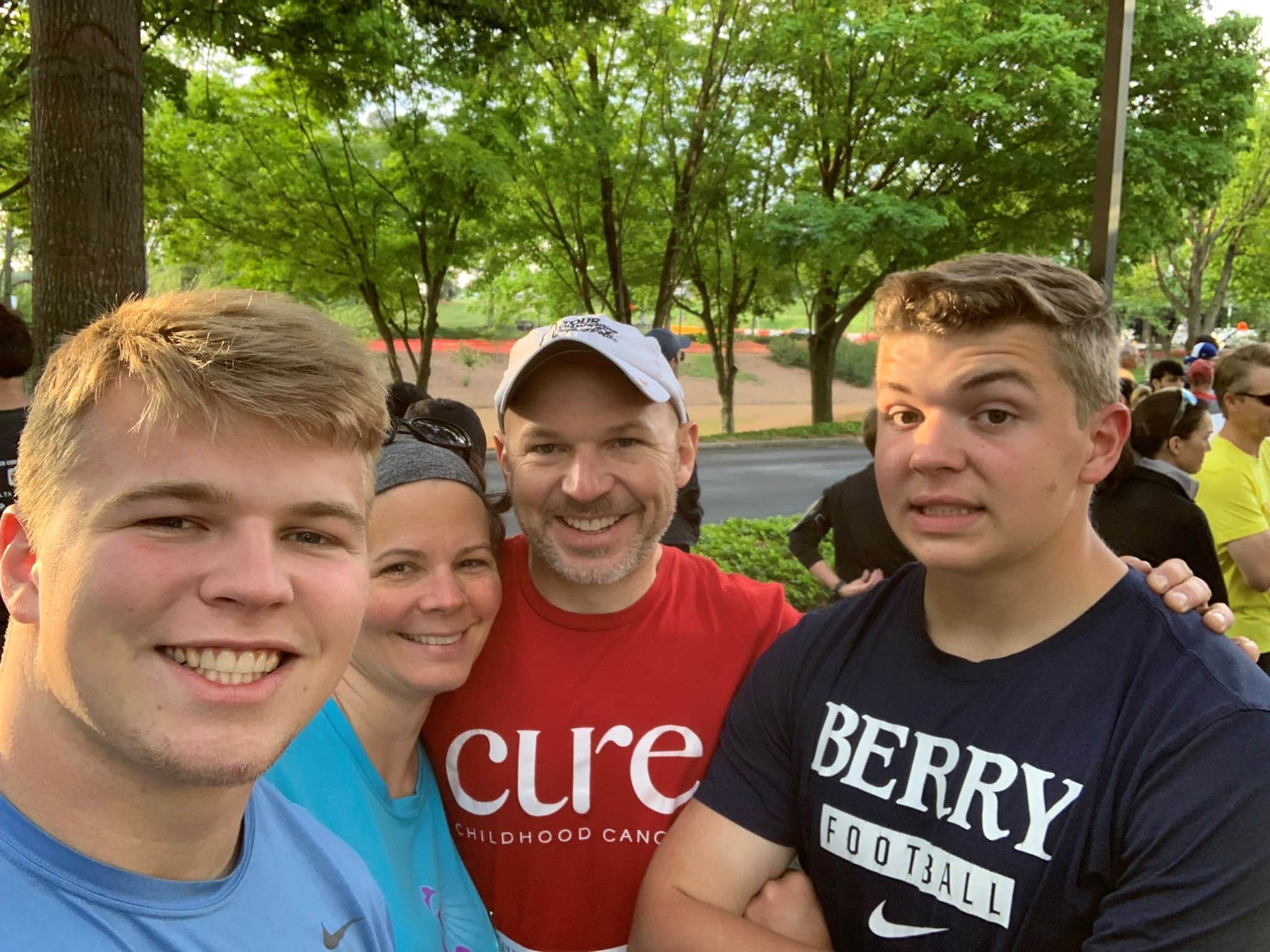 Roger and his wife, Cheri, decided to volunteer at Lauren’s Run and the CURE Picnic, and they kept volunteering whenever possible. His family also provided gifts for families as a part of CURE’s Holiday Angel’s program. His friend, Kristin, eventually became CURE’s CEO, and even after Roger and his family moved to London for business, they continued to support CURE from afar.

His family spent three years in London, where he and his football-loving sons, Jake and Jared, even learned to love British “football.” Roger returned to the US in 2014, eventually returning to a previous employer, tax consulting firm DuCharme, McMillen & Associates, Inc. (DMA), as general counsel.

As he and his family planned their return to the States, he let Kristin know that he would like to get more involved with CURE. Presented with that opening, Kristin encouraged Roger to consider joining CURE’s board of directors.

“I was actually quite surprised by her request,” Roger recalled. “I didn’t have first-hand experience with pediatric cancer and didn’t feel like I could understand what these families go through. Without that perspective, I didn’t know if I could do justice to board service.”

Kristin persisted, and Roger agreed, eventually serving five years on the board. With his legal background, he got involved in the governance of the organization and helped to revamp its bylaws. During that time, CURE experienced dramatic growth and furthered its support of families.

“Meeting families while volunteering gave me a little peek into the childhood cancer world,” Roger said. “While I was serving dinner in the hospital one night, I helped a teenager back to his room and saw that he was doing math homework. When I got home, my teenage son, Jake, was sitting at the kitchen table doing his math homework. It really struck me that night how random and indiscriminate childhood cancer is. That kid in the hospital could just as easily have been my kid.”

Ultimately, it was. In 2019, Jake (then 19) discovered a lump and mentioned it to his doctor during the annual physical required to play his sophomore year of football for Berry College. After a series of tests, Jake was diagnosed with testicular cancer. He had successful surgery and was deemed cancer-free. Jake is now in the middle of his senior year of college and is still playing and loving football. This year he is excited to play alongside his not-so-little brother, Jared.

“Jake had a suspicious and alarming scan recently that has doctors baffled, and he may require further treatment. But for the time-being, it is just something that we are monitoring,” Roger said. “Of course, we feel very fortunate that Jake’s cancer was detected and treated early. But the fear of it coming back will always hang over our heads.”

Earlier this year, Roger was in a meeting with DMA’s CEO and marketing and communications leaders, where they talked about increasing and consolidating the company’s charitable efforts across their offices in the US, Canada, and Europe. After his long involvement with CURE, it was an easy choice for Roger to advocate for CURE to become DMA’s primary charitable partner. His inside knowledge of the organization brought credibility. Marry that with the mission, and everyone at DMA quickly got on board. In September, DMA announced that they had adopted CURE Childhood Cancer as their company-wide charitable cause.

“The DMA family is a generous and caring group, and our company culture reflects that,” Roger said. “CURE and its mission are a natural fit. Although we’re just in the infancy of our efforts to conquer childhood cancer with CURE, we’ve already seen our people come together for Childhood Cancer Awareness Month in September and for the upcoming Holiday Angels program. Knowing how generous and committed the 600+ members of the DMA family are, it’s going to be fun to see how big an impact DMA can make in its support of CURE.” 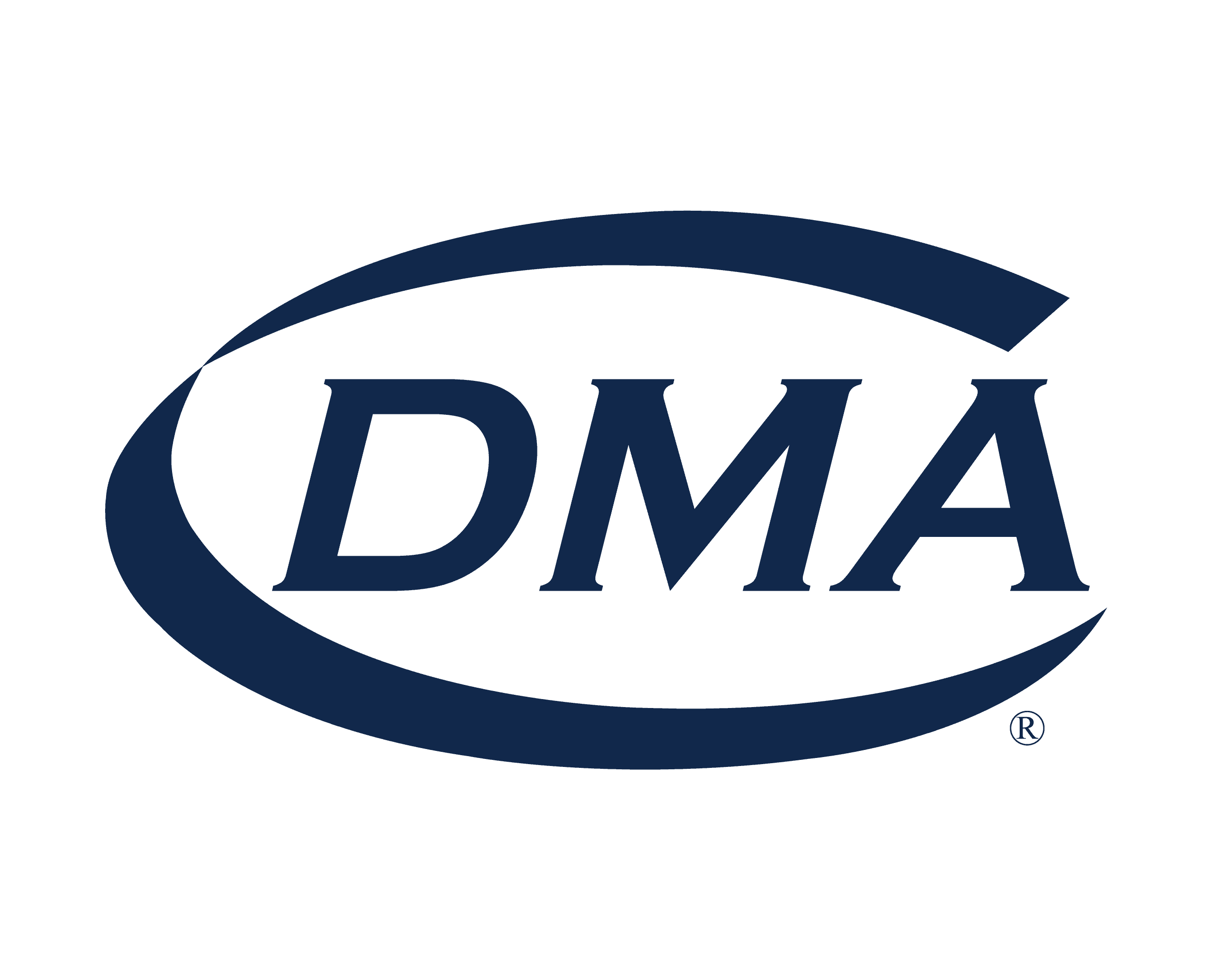