Using Her Journey for Good

By Mark MyersOctober 22, 2021No Comments

In March of 2019, 10-year-old Emsley began reporting headaches. After days went by with no change, her mother, Jenny, suspected it was more than just a headache.

“When the headaches came four days in a row, I knew something was really wrong,” Jenny said. “I felt God was telling me to take her to the emergency room one night. So in the morning, we packed snacks and left for the hospital. I was determined not to leave until we had an answer.”

The emergency room doctor took her concerns seriously and ordered a CT scan which revealed a juvenile pilocytic astrocytoma brain tumor or JPA. In most cases, a JPA is a slow-growing tumor that typically does not spread to surrounding brain tissue. But Jenny would soon learn that Emsley’s tumor is anything but typical.

Emsley’s tumor sits atop her hypothalamus, which controls such things as heart rate, blood pressure, body temperature, and more. Her tumor also has an extension that reaches her optic nerve and causes vision problems. The first five chemotherapy treatments prescribed did nothing to stop its growth, so Emsley was enrolled in the Precision Medicine Program funded by CURE. Doctors sent a sample of her tumor for genetic testing, hoping to find a target.

“The chemo they moved to after Emsley’s genetic tests made the tumor angry, so we had to change course again,” Jenny recalled. “But now that they have her genetic information, they can use it as we move forward in her treatment. As more discoveries are made, the answer to Emsley’s cancer could be just around the corner.” 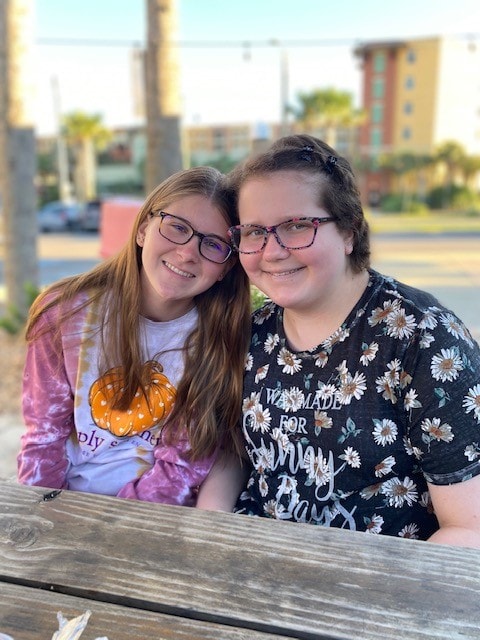 Emsley’s treatment continued after the pandemic swept across the country, making the hospital a lonely, isolating place.

“Before everything shut down, we got visits from clowns, therapy dogs, musicians, and more,” Jenny said. “Then for a year we didn’t see anyone but doctors and nurses. As restrictions began to ease, I opened my door one day to find Lisa from CURE in the hall with a wagon of Chick-fil-A sandwiches. I broke down in tears right there. It was the first time in over a year that someone, other than a medical professional, knocked on our door. It’s mentally exhausting to go through treatment with no distractions and very limited human interaction.”

After switching treatments for the fourth time, Emsley’s tumor has been stable since December. She has been able to attend school in person this year and loves it. Even after getting chemo on Friday, she will beg her mother to go to school on Monday. Her teachers have all commented on her drive and motivation.

Due to her compromised vision, Emsley uses a cane to map out her path, and she is learning Braille. During the early stages of treatment, she was very reliant on others. But as she ages and understands how to cope with her situation, she has returned to being the fiercely independent child she was before her diagnosis. She has also embraced counseling to address the emotional impact of cancer and is learning to take each day as it comes.

“We are a family of faith, and we believe that the sorrow and pain we’re walking through means something,” Jenny said. “Emsley has decided that she wants to use her experience to become a teacher for the visually impaired. Even though it hurts, we know that He will use her journey for good.” 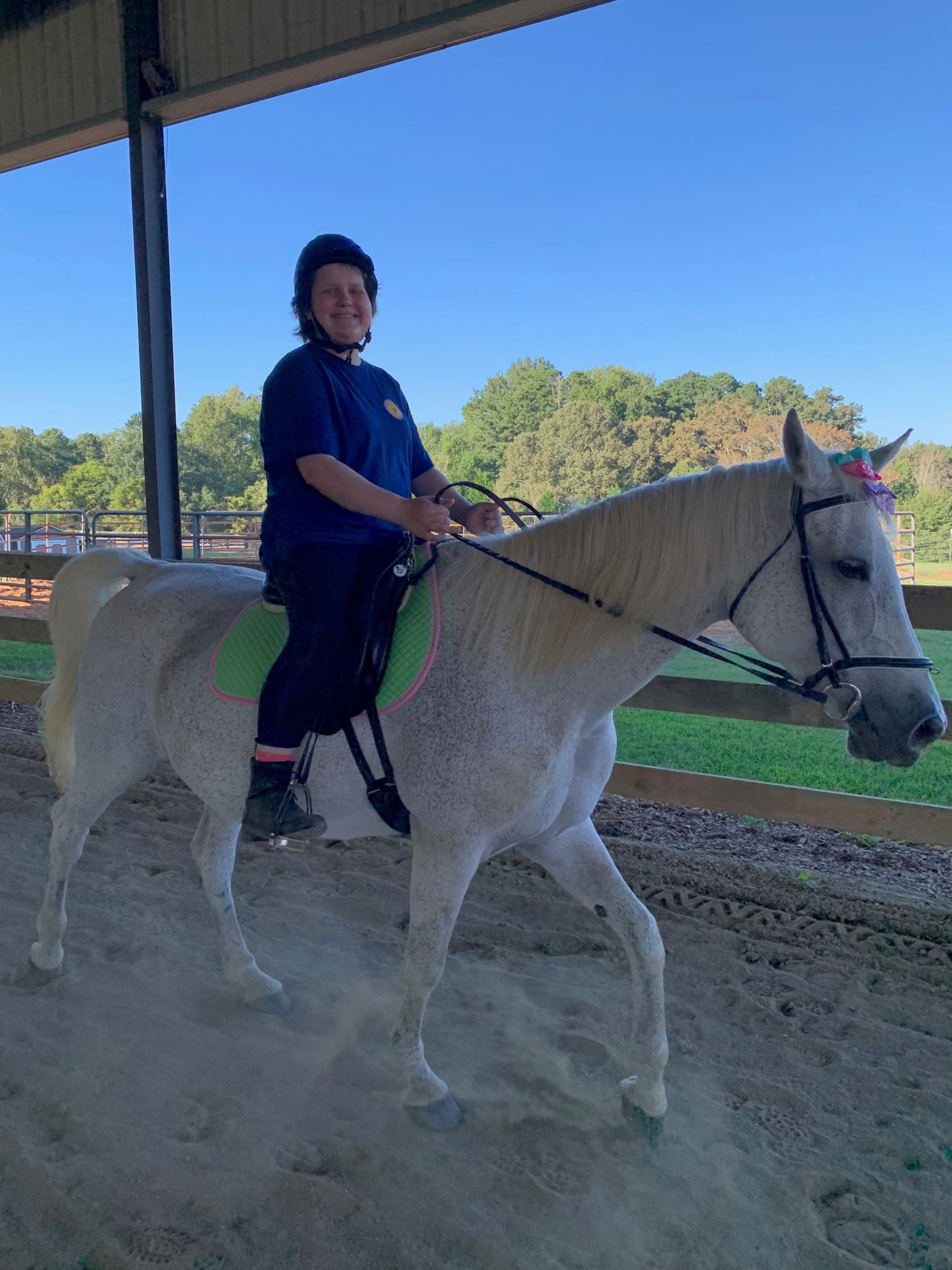