Thumbs Up for Bernie

By Mark MyersOctober 28, 2020No Comments

On a camping road trip with her three children, Jenny Jobson began feeling sick. By the time they arrived at their destination in Texas, she had identified the source of her illness and had quite a surprise for her husband.

“At some point, I realized my sickness was actually pregnancy,” she said. “We thought our family was complete since my then-youngest was ten years old. But God has the best sense of humor. Bernadette came along and turned out to be the missing puzzle piece we didn’t know we needed.”

Bernadette became affectionately known as Bernie and was adored by her family from the start. Her siblings had all been incredibly healthy children, so when Bernie had unusual symptoms at 18 months old, Jenny felt something was seriously wrong. 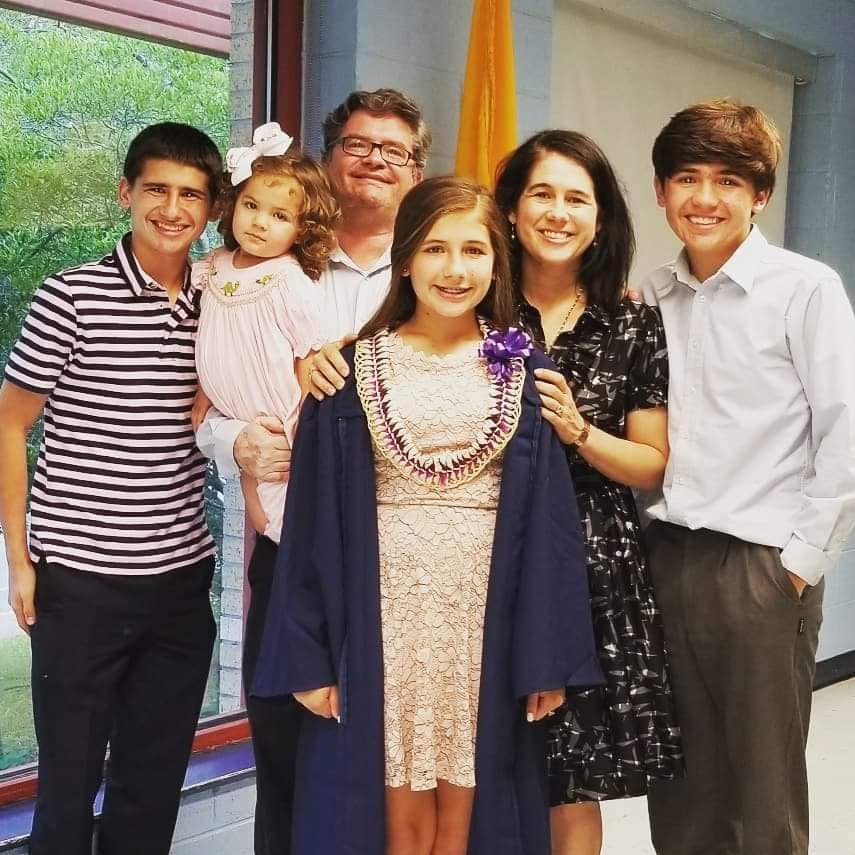 “She began sweating a lot, had unusual temper tantrums, and her face was swollen,” Jenny recalled. “Then she got a bump on her finger that wouldn’t go away even with an antibiotic.”

Unexplained bruising and splotches on her face convinced Bernie’s pediatrician to send her to the emergency room for further evaluation where a blood test revealed that Bernie’s white blood cell count had skyrocketed to 300,000. A healthy person has a white blood cell count of about 4,000 – 11,000. Further testing confirmed that Bernie had acute myeloid leukemia. She received her first dose of chemotherapy that very day.

Bernie’s treatment plan consisted of four rounds of chemotherapy. Along with wiping out cancer, chemo also destroys the white blood cells that fight infection in a healthy person. That meant that each round required a hospital stay of 20-25 days so her blood cells would recover. Bernie’s four rounds of chemo lasted 150 days, 97 of which were spent in the hospital – which is grueling for anyone, especially a toddler.

“If she wanted to leave the room, she had to wear a mask,” Jenny said. “But Bernie didn’t like to wear masks. So we spent all of our time in the room with the television on.” 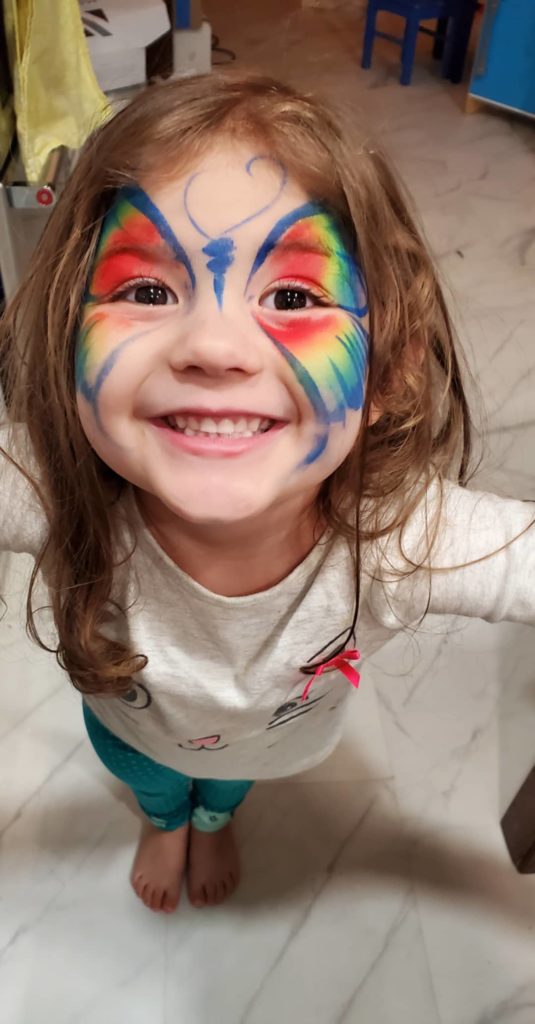 Bernie finally got used to wearing her mask so they could explore other areas of the hospital. In the beginning, she fought every single needle poke – and there were many. Gradually she began to handle being in the hospital better and now she thinks it is normal to go to the doctor so much. Her parents got great news after her four rounds of chemo – Bernie was in remission! She began monthly labs that consistently showed her to be cancer-free, and now she has moved to appointments every six months at the survivor’s clinic. Although Bernie is doing great, she will always have to have her heart monitored due to the toxicity of the treatment she received.

But now, Bernie is thriving. She loves ballet and other forms of dancing, art, building things, and of course, princesses. She seems to have forgotten most of the rigors of her treatment. But her parents remember.

“I will never be grateful that Bernie was sick,” Jenny said. “But I’m thankful for the life lessons and perspective that it gave me and our family.”

Jenny also recognizes the role that CURE played. She appreciated the Open Arms meals and toiletry bags provided during her long stays. She also expressed gratitude for the Tote Bag she received.

“We got the CURE tote bag two hours after her diagnosis,” she explained. “At first I was a little resentful because it meant that Bernie really did have cancer. But that bag became my constant companion to all our appointments. The tips from other parents were very helpful, and I used the journal to track everything related to her treatment.”