Remi is a tough little four-year-old who rarely sat still until a cancer diagnosis slowed her down. Her entire family had gotten bronchitis and her mother, Ashley, first attributed Remi’s exhaustion to the virus. But when she saw that Remi had bruises from head to toe, she knew something else was wrong. 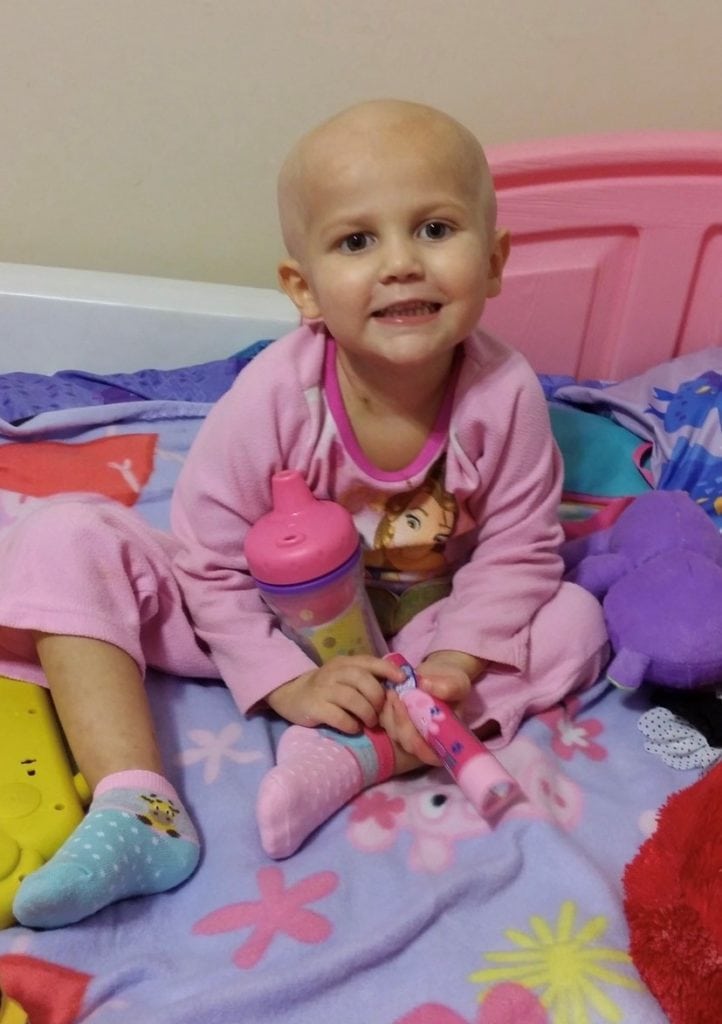 “She and her brother roughhouse, so I thought maybe it was from playing too hard.” Ashley said. “But she was visiting a friend who called me and said that Remi’s lips were blue and her color was bad, so I took her to the emergency room.”

It was there that she discovered that bronchitis was the least of Remi’s issues. A blood test revealed her white blood cell count to be 144,000 where a healthy child’s count would be around 10,000. A doctor told Ashley that Remi had leukemia. Things unraveled quickly from there.

The day Remi was to come home, she screamed during a diaper change and her doctors found she had a pseudomonas infection. This prompted a surgery and a temporary ostomy to allow her body to pass waste. She needed transfusions to recover and since she had not had enough chemo to fight the blood cancer, her body started attacking itself. Remi’s organs started to shut down and she was put on a ventilator to help her breath.

“It was awful seeing her that way,” Ashley recalled. “She had to be taken off chemo to let her body recover. But amazingly, we found out she was in remission while she was still unconscious. She is my miracle baby.” 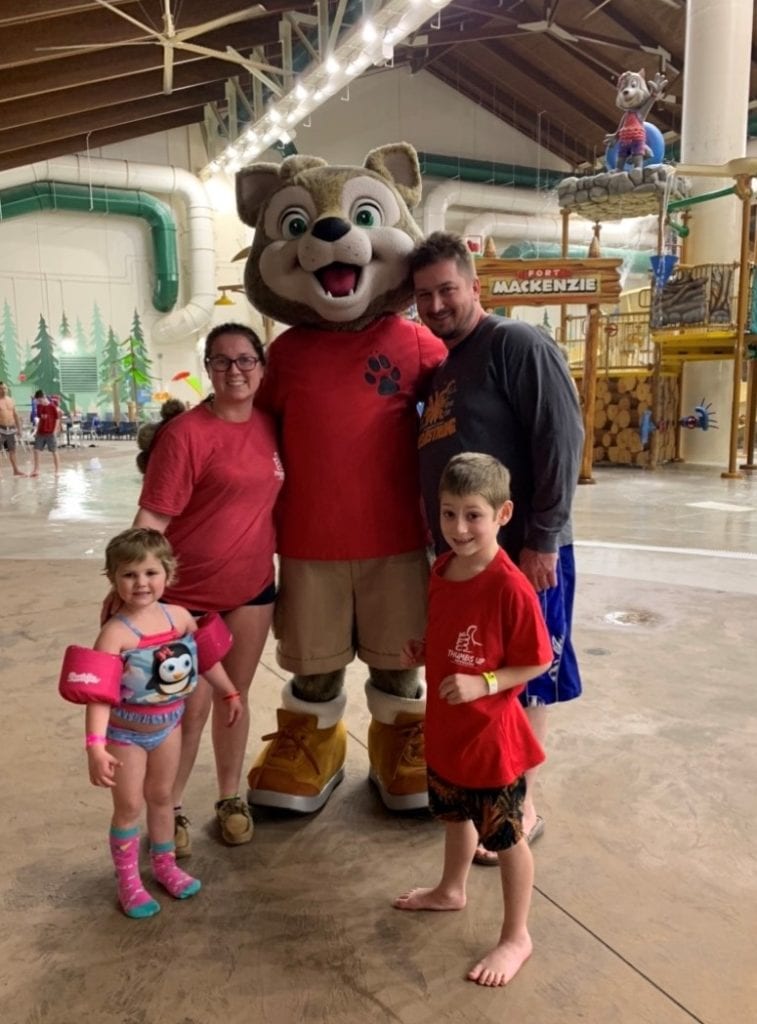 Ashley’s words proved true because to the surprise of her medical team, Remi was up and walking three days after she woke up! When she was well enough, she restarted her regular chemotherapy and was able to go home. She has had further complications, but when she gets knocked down, she seems to recover quickly.

Remi has a year left of her treatment. Her mom describes her as funky, sassy, and the self-proclaimed boss of the house. She loves taking care of her brother and doing anything outside. Just before the pandemic swept through, Remi had a tough time. She tested negative for COVID-19 but did have to contend with the flu and bacterial pneumonia. During this time her mother has had to make difficult choices.

As the manager of a local drug store, Ashley’s job is considered essential. Additionally, the county in which she lives has barely been touched. So she has continued to work and balance Remi’s treatment and home life.

“I am so fortunate that my parents can keep Remi and her brother fulltime. I don’t know what I’d do without them,” Ashley said. “After work, I’ll come home to shower and change, and then go have dinner at their house and visit until bedtime. I also work longer shifts so I can take three consecutive days off and spend more time with them.”

If the pandemic worsens, Ashley will have to make a choice to continue that pattern or take a leave of absence.

“It would hurt financially, but it isn’t really a decision,” Ashley said. “I’ll take a leave of absence if it gets bad in Jasper County. I can always find another job and replace my stuff. I can’t replace Remi.”