The Light on the Other Side

Beverly Rousch considers herself a very optimistic person. Even through numerous setbacks during her fifteen-year-old son’s fight with cancer, she remained positive. But it was admittedly difficult.

In August 2018, her son, Seth, developed flu-like symptoms that wouldn’t go away. His persistent weakness, exhaustion, and muscle aches worried his mother, but it wasn’t until she saw his arm that she grew alarmed.

“I remember that he pulled off his blanket to reach up for something and his arm shocked me,” she recalled. “It was so thin and frail that I got him up and immediately took him to the emergency room. I knew something was really wrong.”

What doctors discovered was pre-b cell acute lymphoblastic leukemia (ALL). Seth received several units of blood through a transfusion to help with his symptoms. He also started chemotherapy immediately with the goal of achieving remission. Reaching remission means that leukemia cells are no longer found in bone marrow samples, the normal marrow cells return, and the blood counts become normal. More than 95% of children with ALL enter remission after one month of treatment. 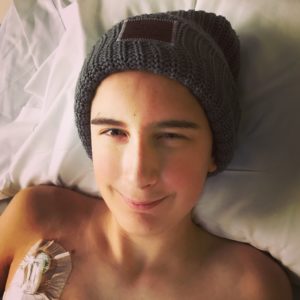 But Seth didn’t get to remission and had to endure another round of chemo. After that was finished, the number of leukemia cells had been reduced but were still present, so doctors began a round of very aggressive chemo.

“I’m a positive person,” Beverly said. “Even though we weren’t there yet, I was okay because we were seeing progress. But we got through the third round and he still hadn’t gotten to remission. He was getting thinner, and he got a virus that made him very sick. Still, I felt like we had tried a few things that didn’t work, but we would get to the right thing next.”

Because he wasn’t responding to treatment, a bone marrow transplant was ruled out even though a match had been found for Seth. His options were dwindling until he qualified for CAR T-cell therapy. Beverly began researching this new form of treatment and found a man whose fifteen-year-old son had been saved by it. After speaking with her husband, she consulted with Seth’s doctors. Soon Beverly and Seth were on their way to Atlanta to collect his T-cells.

T-cells are the aggressive force within the immune system, attacking and effectively beating most foreign bodies. But for some reason they do not attack cancer. With the CAR T-cell therapy Seth received, scientists added disabled HIV virus to his own T-cells and then re-introduced the T-cells into his bloodstream. The genetic modification allowed the new virus/T-cell combination to lock onto the surface of cancer cells, killing them in the process.

After everything else had failed, this new therapy got Seth to remission within 30 days. Best of all, the Rousch’s got a call in April from their doctor saying Seth had no evidence of disease whatsoever. To Beverly’s surprise, he felt better almost immediately and began craving steak. He’s eaten steak nearly every day since.

Seth is doing great now. He goes to an arts school where he majors in the French horn. He loves football, soccer, The Office, and the New England Patriots. Despite their trying times, his mother never wavered in her belief that he would be well.

“That first day when I dropped him off at school,” Beverly relayed. “I had to take a minute to catch my breath. Sometimes you don’t know how dark the tunnel is until you see the light on the other side. Our daily steak bill is a small price to pay for a healthy son.” 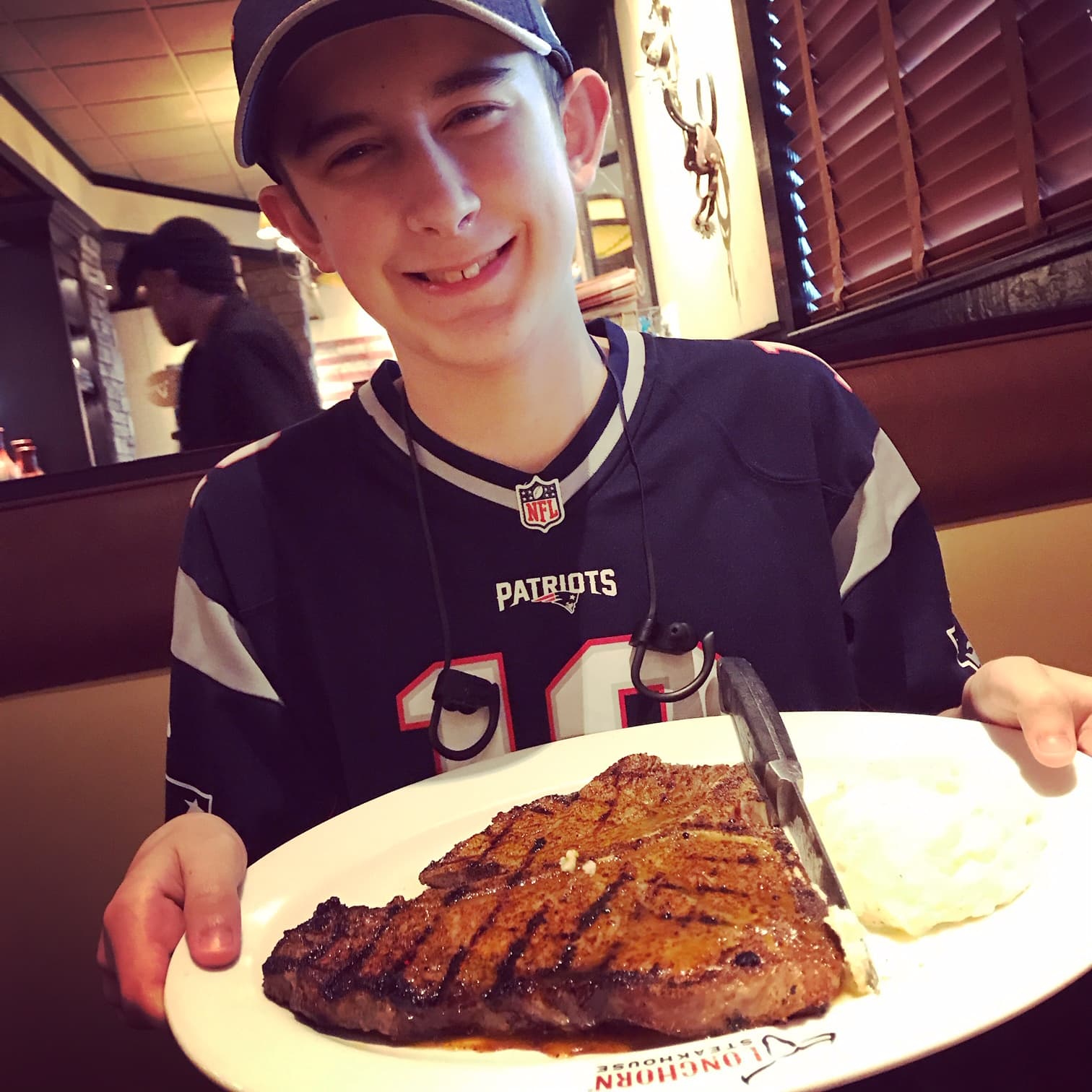