As a soccer and tennis player, 14-year-old Hannah Hazen is athletic and used to pushing her body on the playing field. When she started complaining about breathing difficulties, her parents assumed it was due to typical exertion. But when she experienced the same issue on a day she didn’t play a sport, they became concerned.

“We went to our pediatrician and then to the hospital for an x-ray,” Hannah’s father, Brian, said. “We thought we would hear something in a day or two, but the hospital called two hours later and told us to pack a bag and come back.” 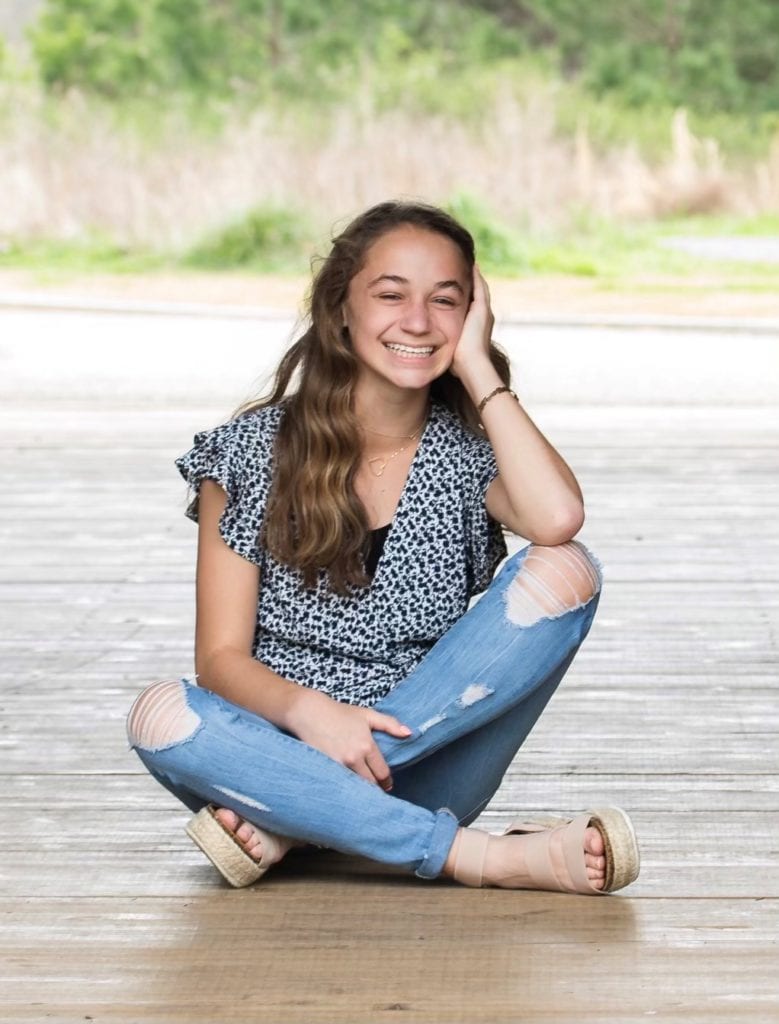 The x-ray revealed a mass in Hannah’s chest near her trachea. She was admitted to the Pediatric Intensive Care Unit because the doctors worried the tumor might shift and cut off her airway. After a biopsy she was moved to the pediatric oncology floor where Hannah was diagnosed with Hodgkin’s lymphoma.

“In those first 48 hours as Hannah was being diagnosed, we were overwhelmed and exhausted,” Brian said. “Then late one evening, the nurse walked in with a delicious dinner provided by CURE. While it sounds so simple, it was one less thing for us to worry about and allowed us to remain by Hannah’s side.”

The standard treatment for Hodgkin’s lymphoma is decades old. But research is finally starting to reach the bedside, and Hannah’s oncologist, Dr. Bergsagel, recommended she enroll in a clinical trial to add a new drug called brentuximab vedotin to her treatment. This immunotherapy drug has been used to treat adults for years and has only recently been available to children.

“The treatment will last for six months instead of four,” said Brian. “But the new drug reduces the toxicity of the chemo, so Hannah will have fewer long-term side effects. Even with the extra two months, it really made sense for us.”

Hannah is on round three of twelve and is doing great so far. She has experienced relatively mild side effects such as bone and nerve pain. The whole family has adjusted to life in treatment and has felt fantastic support from their Dunwoody community. When the virtual Lauren’s Run and CURE Childhood Cancer Annual Picnic rolled around, their neighborhood really stepped up. They formed a team in honor of Hannah and started inviting people to join and give.  Ironically, Brian used to work for NCR, which was Lauren’s Run presenting sponsor several years ago. 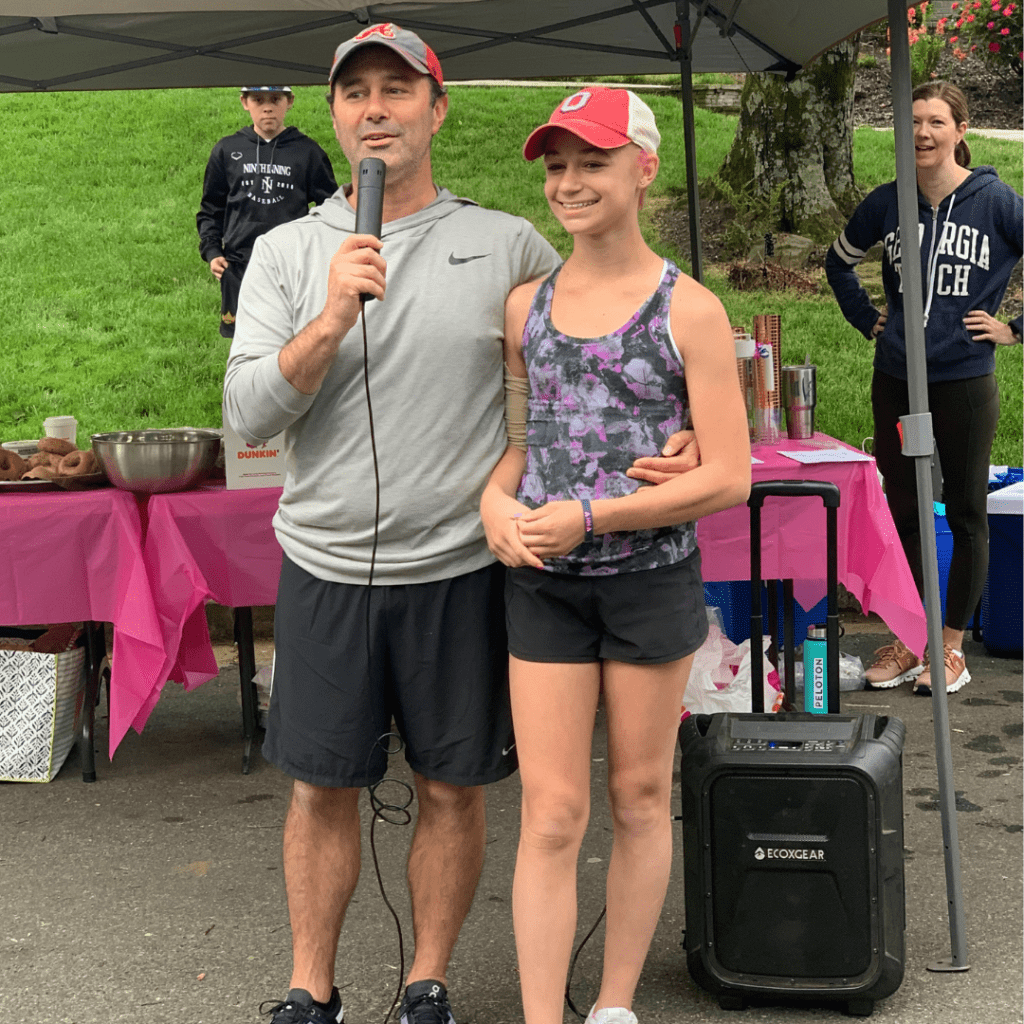 “I had run the race two or three times in the past,” Brian said. “I knew it was for a good cause back then, but I never knew the whole of it until cancer hit home.”

Friends originally set a goal for Team Hannah of $2500. But people gave enthusiastically and generously, and by race day, Team Hannah had raised more than $13,000! On May 2, the day of the virtual Lauren’s Run and CURE Picnic, about 75 people gathered in the Hazen’s front yard to run and walk together on a 5k route that friends mapped out. Hannah hasn’t been able to play soccer or tennis, but she had a ball running the 5k with so many people cheering her on.

“Hannah’s a great all-around kid,” said Brian. “It is heartwarming and a little overwhelming to have all of these people come out and support our girl. Our community has been amazing.”

All told, more than 600 people participated in the virtual Lauren’s Run and CURE Picnic. Groups gathered all over Atlanta, as well as in Texas, Ohio, Colorado, and even South Africa. Most importantly, Lauren’s Run and the CURE Picnic raised more than $260,000 for childhood cancer research, so kids like Hannah can receive safe and effective treatments which will allow them to thrive!