By Mark MyersFebruary 7, 2022No Comments

She is often called “Nurse Nelson” because she will not hesitate to give instructions to her medical team. Since she is only four years old, this confidence may sound surprising. But Jeneva Nelson is the youngest of five children and is used to bossing her siblings around. At her annual visit to the pediatrician last November, her doctor pressed her stomach during the examination and felt nothing abnormal. Two weeks later, Jeneva woke up sick in the middle of the night and was in great pain in the morning. Her mother rubbed her stomach to soothe her and felt a hard knot on her right side. They went to the emergency room, where several scans, an x-ray, and an ultrasound revealed a large tumor on her kidney.

“Our doctor told us it looked like a Wilms tumor and advised us to start her on the standard treatment. That meant several rounds of chemo to shrink the tumor,” recalled Jeneva’s mother, Shauna. “But it was growing so fast that I wanted it removed. They respected my wishes and scheduled surgery a week later.” 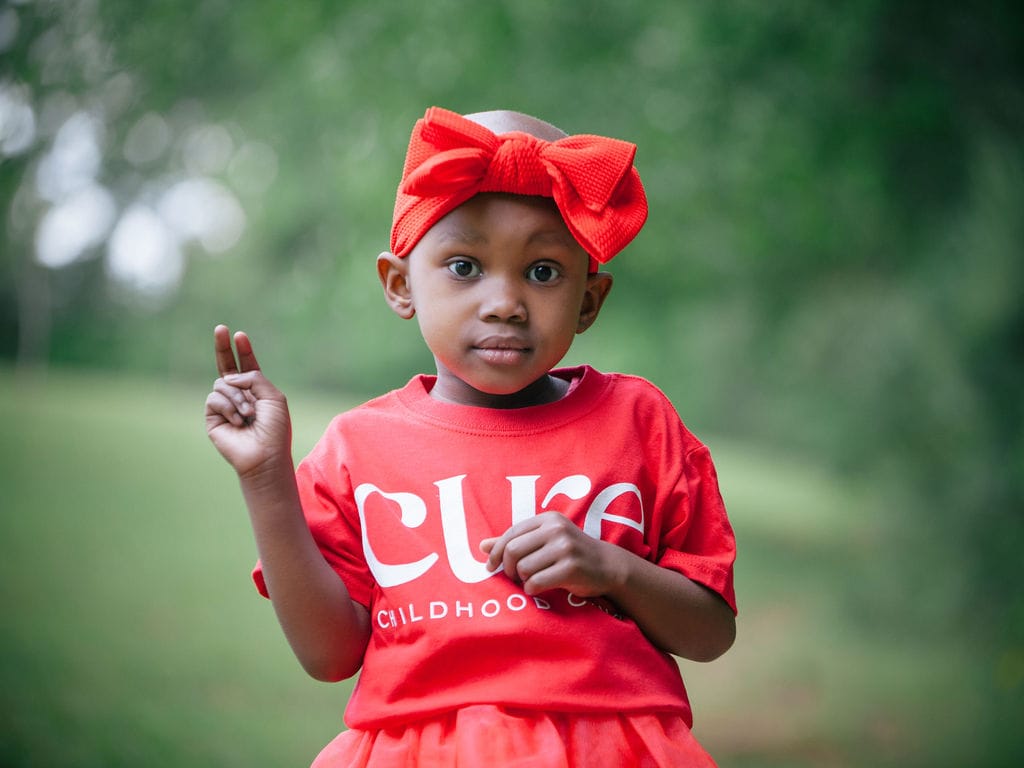 During an eight-hour surgery, doctors removed the entire tumor and her right kidney. A biopsy confirmed it was a Wilms tumor and also showed it to have an anaplastic histology. This means that the cells’ nuclei are large and distorted, making the tumor harder to treat. Because of this finding, Jeneva had 30 weeks of chemotherapy and full stomach radiation after recovering from surgery.

“Most Wilms patients don’t have this unfavorable trait,” explained Jeneva’s father, James. “The anaplastic cells grow much faster, and there is a higher chance of recurrence after treatment is over.”

Throughout her treatment, Jeneva has been a regular fun-loving child. There are times she doesn’t feel well, but she seems to bounce right back and will give her family a thumbs-up when she’s ready to play again. Her mother describes her as resilient and strong. While they will be vigilant to monitor Jeneva after treatment, Shauna and James refuse to live in fear.

“I’m hoping and praying that this treatment works, and we have no relapses,” Shauna said. “But because of what I’ve read and been told, I won’t be surprised. That isn’t me being negative – it’s like having a spare tire in your trunk. You don’t want to have a flat, but the spare means you are prepared if it happens.”

Jeneva will have scans every three months, and her parents will be on the lookout for fevers, bumps, and any unexplained sickness. While this journey has involved many hard days, there have also been some beautiful moments.

“It’s been a sad journey, but it has also been heartwarming to receive such love from family, friends, and even strangers,” Shauna said. “CURE is an organization that has been with us from the very beginning. We have never felt that we are alone.” 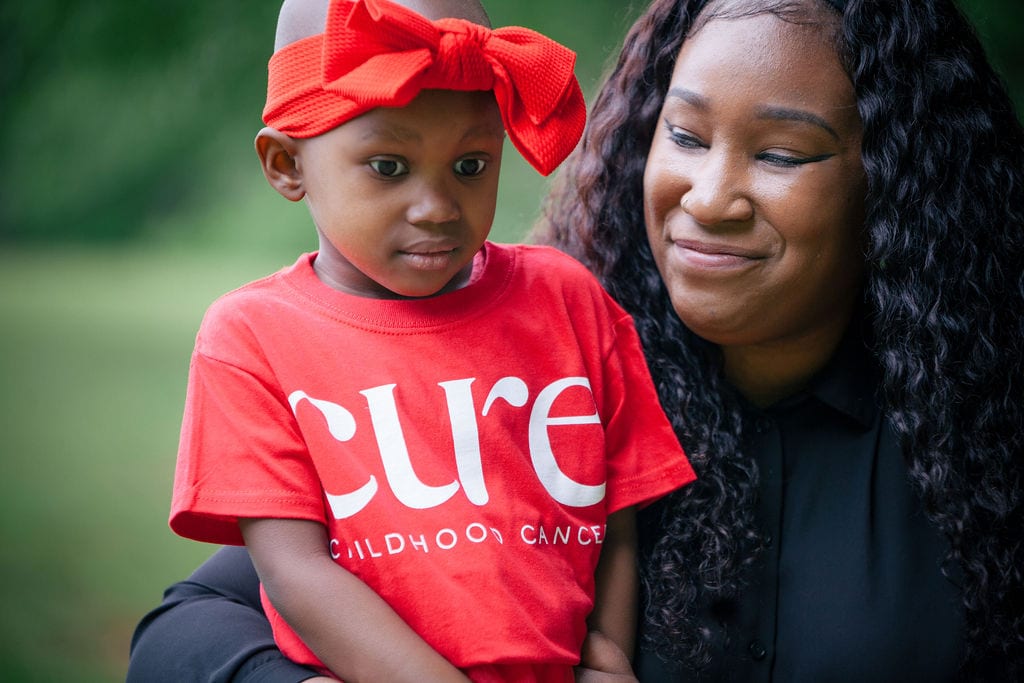