By Mark MyersOctober 16, 2020No Comments

One day, Dionne Gould was holding and nuzzling a friend’s baby and she teased her teenage son, Matthew, that she was going to nuzzle his neck, too. But when she moved toward him, she noticed that his neck was swollen. After a closer look, she decided to take Matthew to an urgent care clinic. The clinic sent Matthew to the hospital. About an hour after arrival, the emergency room doctor came back with a surprise diagnosis – acute lymphoblastic leukemia (ALL). Matthew’s chemotherapy treatment began right away.

“It took a long time for Matthew to reach remission,” Dionne recalled. “Every time they tested him, there was always a trace of the cancer.”

Finally, he received a bone marrow transplant that helped him achieve remission. For Matthew, this was the worst part of his treatment. After a second bone marrow transplant, Matthew’s cancer has been stable. Being a member of a close family helped see him through the hardships of treatment. Matthew also had a small group of very close friends to lean on during treatment. He and three other young men have been friends since middle school, and his friends were there for him the entire time! He also enlarged that circle of friends by beginning an unlikely friendship during his cancer treatment. 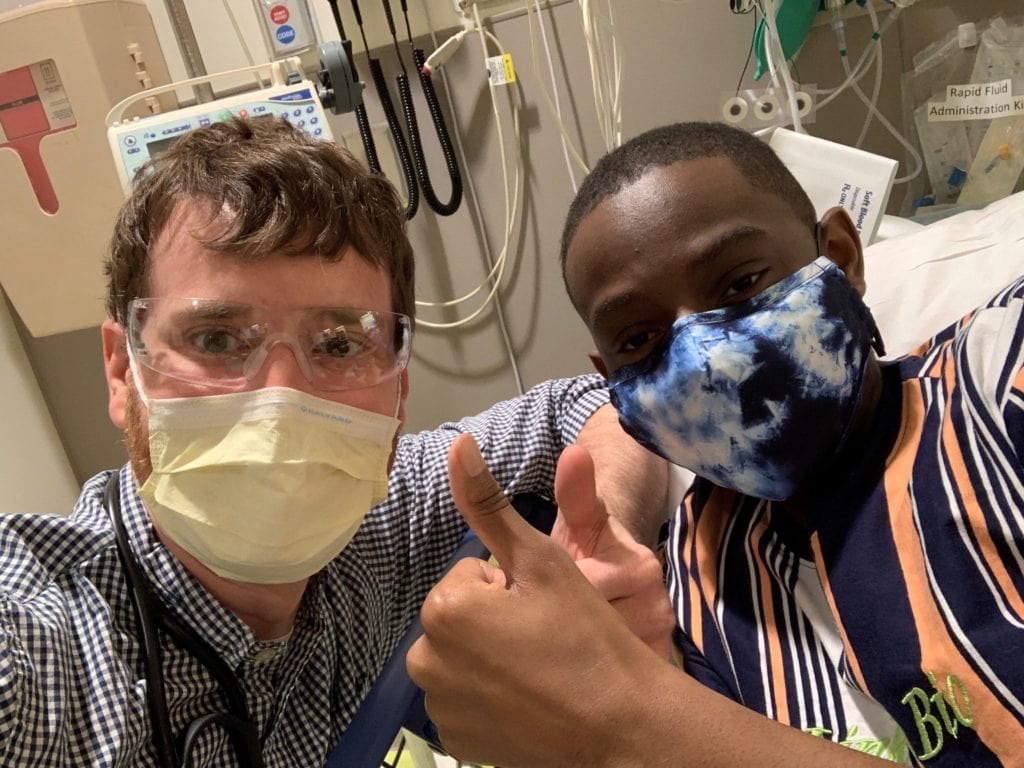 For nearly two decades, CURE has funded the training of pediatric oncology fellows at Emory University School of Medicine. Providing funding to further their education helps ensure that those future oncologists become the clinicians and researchers we need in order to eradicate childhood cancer.

During his medical training at Emory, Dr. Ryan Summers was a CURE fellow. Now he is a pediatric oncologist at Children’s Healthcare of Atlanta. He happened to be in a group of doctors who congregated in Matthew’s room to discuss his care with his mother. Overwhelmed by them, Matthew pulled the covers over his head. But he soon realized that there was something special about one of those doctors – Dr. Summers.

“When I first saw him, I thought he was too young to be a doctor,” laughed Matthew. “I found out he likes Star Wars and the same video games as me. And he would talk to me about his kids. He always treated me more like a friend than a patient.”

That friendship led to something very special. At the time, Dr. Summers was working on a research project involving mouse models that he was particularly excited about. So much so, that he would discuss it with Matthew and the “mouse research” became an inside joke between the two.

When Matthew was offered a wish by the Make-A-Wish Foundation, he began pondering his options.

“I was walking the halls one day and I saw the little kids and babies in treatment,” Matthew shared. “Right then I knew that I wanted better treatments for them than what I had, so I told my mom I wanted to give my wish to the mice.”

From that moment, Matthew never wavered. Although his mother playfully suggested a Hawaiian vacation, she knew his mind was made up. Dr. Summers also tried to talk Matthew out of it to no avail. It took a little time, but in an incredibly selfless gesture, Matthew contributed his wish ($5000) to Dr. Summers’ research.

That’s not the end of their story either. Matthew is a senior in high school this year and plans on becoming a doctor. Given his own experience with the disease, Matthew hopes to focus on pediatric oncology research. And if he and Dr. Summers have their way, they will work side by side and conquer childhood cancer together. 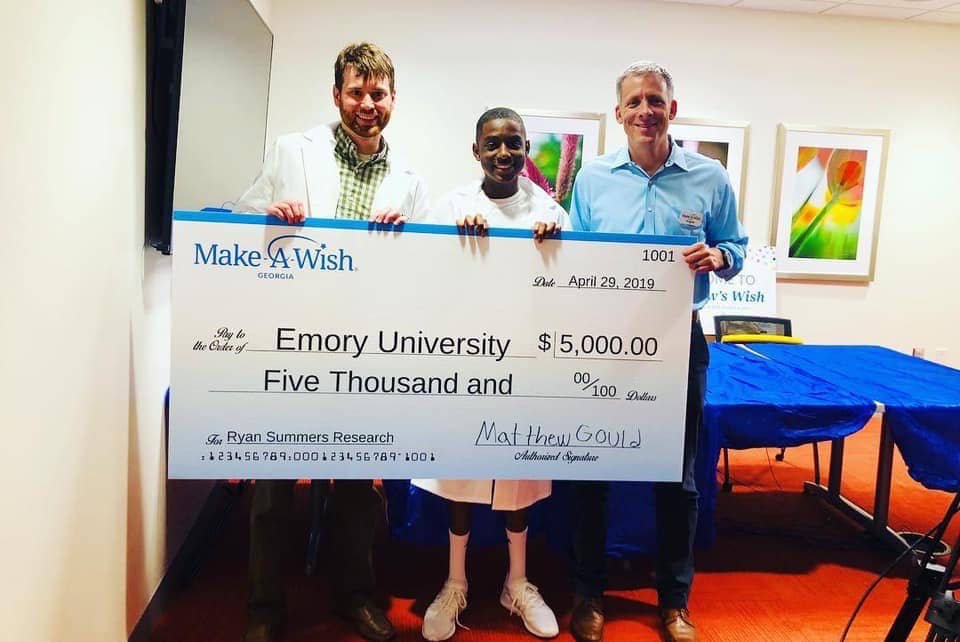