Looking Ahead to a New Year

I had childhood cancer in 1971 when I was less than two years old. At the time, the doctors gave my parents a poor prognosis for my survival due to the rapid spread of an aggressive rhabdomyosarcoma tumor. But my parents refused to accept the reality that there was nothing else that could be done. It was then that they had the good fortune of meeting Dr. Abdel Ragab, a young doctor at St. Louis Children’s Hospital. He gave my parents hope when they had little left. He told them not to give up – that there were still options for treatment that might save my life.

Due to his guidance and encouragement, I began a chemotherapy treatment that was a clinical trial. (Consequently, this trial happens to be the standard treatment for rhabdomyosarcoma today.) I also received the maximum dose of radiation which allowed doctors to remove the tumor threatening my life. As a result of these treatments, I beat the odds and survived. Since then, my life has included multiple surgeries, hospital stays, and procedures to address the side effects from the treatment that saved my life. 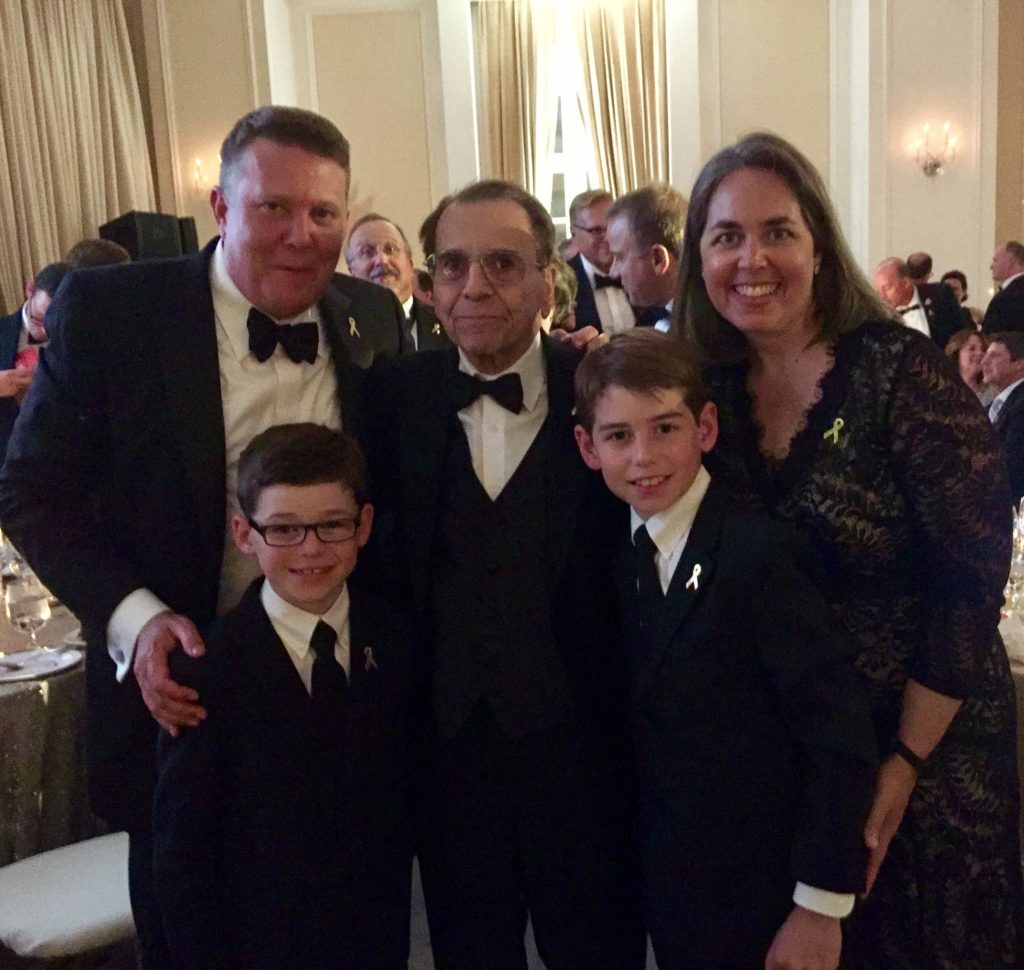 Dr. Ragab founded CURE Childhood Cancer in Atlanta in 1975, shortly after leaving St. Louis, where he treated me. Unfortunately, I lost track of Dr. Ragab over the years and hadn’t talked to him since my wedding, which he attended in 1998. Kristin Connor, Executive Director of CURE, called me in 2017 and asked if I would be willing to present Dr. Ragab the Spirit of Hope Award at the Believe Ball. Of course, I jumped at the opportunity. I was excited to see him again and honored to present him with an award to recognize his many contributions and his career dedicated to fighting childhood cancer. My parents flew to Atlanta, and we presented him the Spirt of Hope Award together as a surprise. As you can imagine, it was a powerfully emotional reunion. Unfortunately, Dr. Ragab lost his own battle with cancer less than a year later.

Due to Dr. Ragab’s tireless work, CURE has invested over $32 million over the last ten years in research to help save children like me. I joined CURE’s Board of Directors to help carry forward Dr. Ragab’s legacy and support CURE’s mission to cure childhood cancer in our lifetime. Until we achieve that mission, CURE will continue to support families during their most challenging time while advancing research that not only improves the outcomes for children but also reduces the life-long impact of today’s harsh treatments.

Dr. Ragab had an unwavering belief that childhood cancer can and will be conquered. It is this belief that saved my life and I will spend the remainder of it working to make his vision a reality. I hope you will join us in this critical mission!