A long weekend usually involves rest and celebration. But last Labor Day was the longest of long weekends for Lily Suddeth and her family. Lily had just started preschool weeks before, and her teachers noticed that she was quiet and didn’t like to be put down – especially after nap time. Her parents thought she simply might be adjusting to her new routine and surroundings. But when she started waking up during the night, they decided to take her to the doctor.

“At first, our pediatrician suggested she might be teething,” recalled Lily’s mother, Allison. “But her coloring was off and a blood draw showed she was severely anemic. So they sent us to the hospital for further testing.” 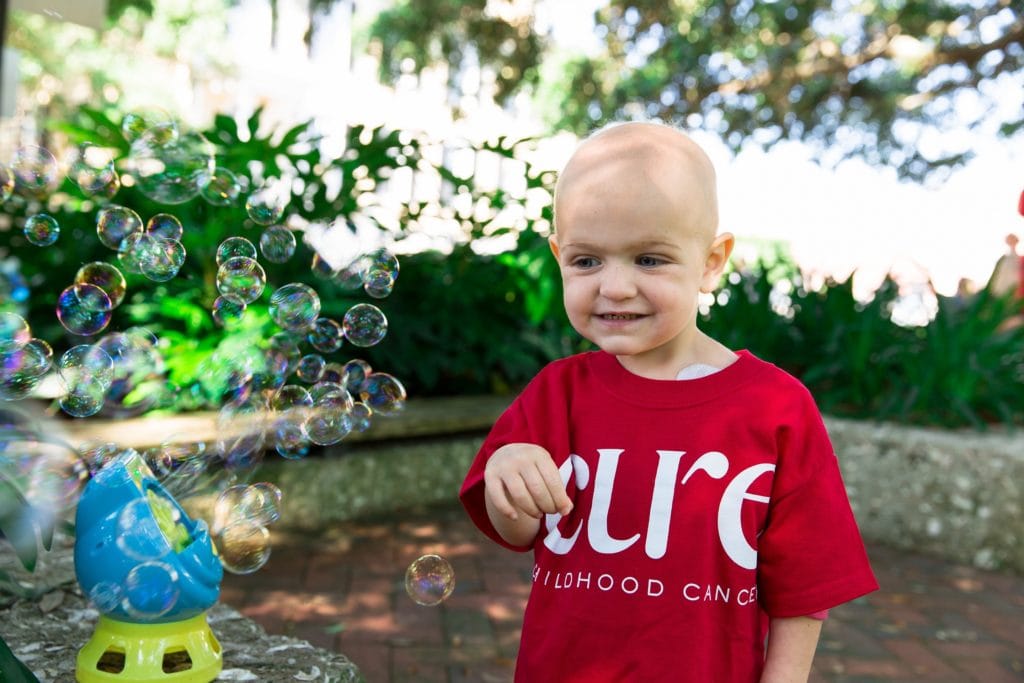 Because of her doctor’s sense of urgency, Lily’s parents suspected she might have COVID. But as the long weekend progressed and more tests were ordered, it became apparent that they were dealing with something else entirely. On Tuesday, Lily was diagnosed with acute lymphoblastic leukemia (ALL) and began her treatment.

“The situation was difficult because only one parent was able to be with the child in the hospital,” said Allison. “Since it was the height of the pandemic, we certainly understood the need for such rules. But my husband and I process information very differently, and it would have been helpful if both of us could have been there to support each other and ask questions.”

While they certainly had questions, this was not the first time the Suddeth family had dealt with cancer. Allison’s older brother, Daniel, was diagnosed with the same form of leukemia when he was two years old. She also has a cousin whose son recently finished his leukemia treatment and is a healthy seven-year-old. Both her mother and her cousin became invaluable resources for her in the early phase of treatment.

“I wasn’t born when Daniel was diagnosed, so I didn’t know all that went into his fight with cancer,” Allison said. “The treatment for ALL has changed since then. So it was great to have a cousin who had just been through it. Knowing both of them had survived gave us a great sense of hope and assurance that we could trust in God’s plan for Lily’s life.”

Lily reached remission after the first month of treatment, and her parents decided to enroll her in a clinical trial of a drug called Blinatumomab. This drug is usually given to patients if their cancer comes back after treatment. Studies have shown that receiving it during treatment can increase a patient’s initial survivability and prevent relapse. It proved difficult to administer to a patient so young, however.

“The medicine is typically held in a backpack and given 24 hours a day for 28 days,” Allison shared. “But Lily was too small for the backpack so she had to have a pack with a long cord. She got used to it in no time and actually came to like having mommy or daddy following her around all the time.”

Lily is doing great now. She spends most of her time trying to keep up with her older brother and sister and loves to play outside, ride her scooter, and swing. She should reach the less intensive stage of treatment before the fall so when Labor Day rolls around this year, Lily and her family can relax and enjoy the long weekend together.