Take away the stadium stairs, the track, and all the fun of Lendmark Financial Services’ annual Climb to CURE and you might think the event would fold altogether. Yet it did not. Despite the fact that the event looked drastically different this year due to COVID -19, the 2020 climb was the most successful to date. Its overwhelming success is a credit to the company’s leadership, teamwork, passion, and determination to make a difference. 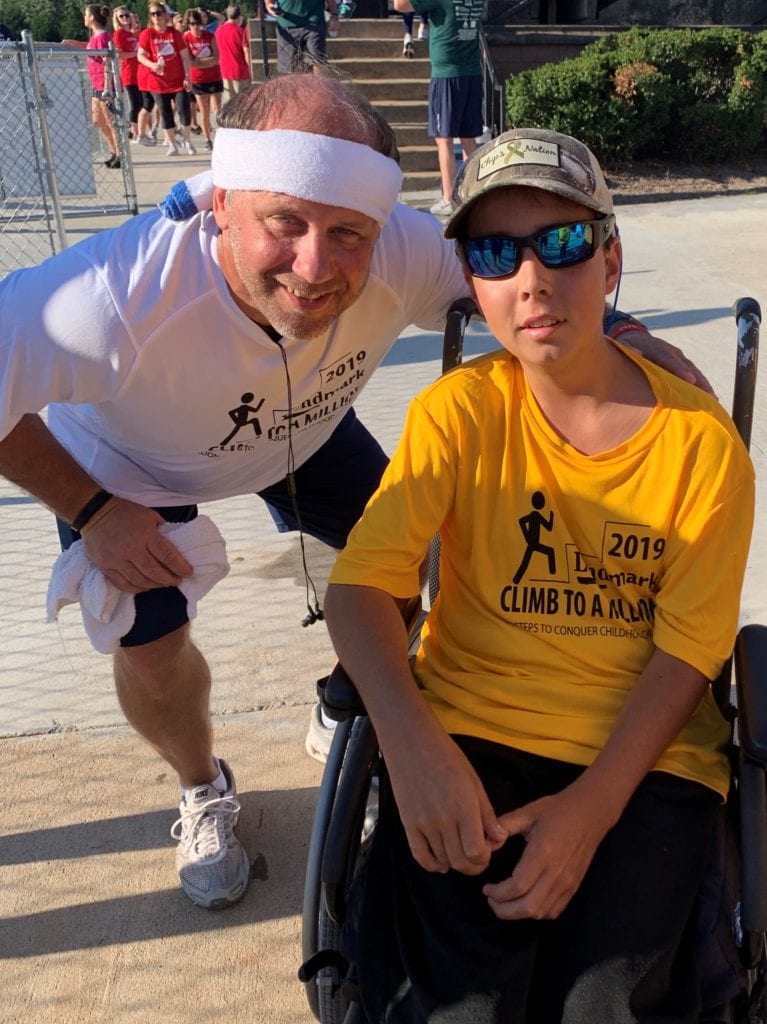 The Climb to CURE is the brainchild of Bobby Aiken, CEO of Lendmark Financial Services, who watched one of his childhood friends struggle through his son’s cancer treatment. Chip Madren’s fight became an inspiration to Bobby.

“I watched Chip literally fight for his life and win,” he said. “Chip’s fight has made me a better person and has positively impacted many, many lives.”

Being an avid stadium runner, Bobby decided to combine his love of running stadium stairs and his passion for helping children with cancer. He created a company-wide fundraiser – the Climb to CURE. With his own commitment to contributing to better outcomes for children with cancer, Bobby inspired employees, partners, and vendors to join the fight. That was five years ago. Nationwide, Lendmark employees and partners gave and hosted mini-fundraisers. The effort culminated with an in-person stadium climb involving 200-300 people the first four years. Altogether, those efforts raised an amazing $1,843,000.

This year’s COVID-19 requirements of social distancing and limited gatherings forced Lendmark to change the format of the Climb to CURE. Instead of the traditional in-person stadium event, they created a seven-day virtual step competition and fundraising challenge.

“While the local offices missed the fun and spirit of getting together, this year’s format allowed branches from coast-to-coast to fully participate. Being virtual was a different dynamic that spawned a lot of creativity,” said Kelsey Treadwell, Lendmark’s Marketing Manager.

Lendmark has 366 branches across the country, and many of them raised money in traditional ways. But some held unique fundraisers perfectly suited to this unique year. In Princeton, Kentucky, the branch formed a partnership with an Auntie Anne’s truck which donated proceeds of pretzel sales. The Pueblo, Colorado branch organized a motocross race complete with sponsors and merchandise which raised $8,000. Employees in the Clarksburg, West Virginia branch hosted a bingo night. Even though they had to limit attendance to half-capacity, they were able to raise the highest total of any branch at $11,000!

The company also stepped up in a big way by creating an incentive raffle. For every $100 a branch raised, they received a raffle ticket. The winning branch received quite a prize: all employees get to attend the company’s Choice Awards next year in Scottsdale, Arizona. Lendmark’s partners and vendors continued their support of the company’s efforts by giving generously. To culminate the event, Lendmark held a virtual “climb”. Employees laced up their tennis shoes and walked 13,186,408 steps, totaling more than 6,500 miles. Incredibly, the Climb to CURE raised a record-breaking $617,195! 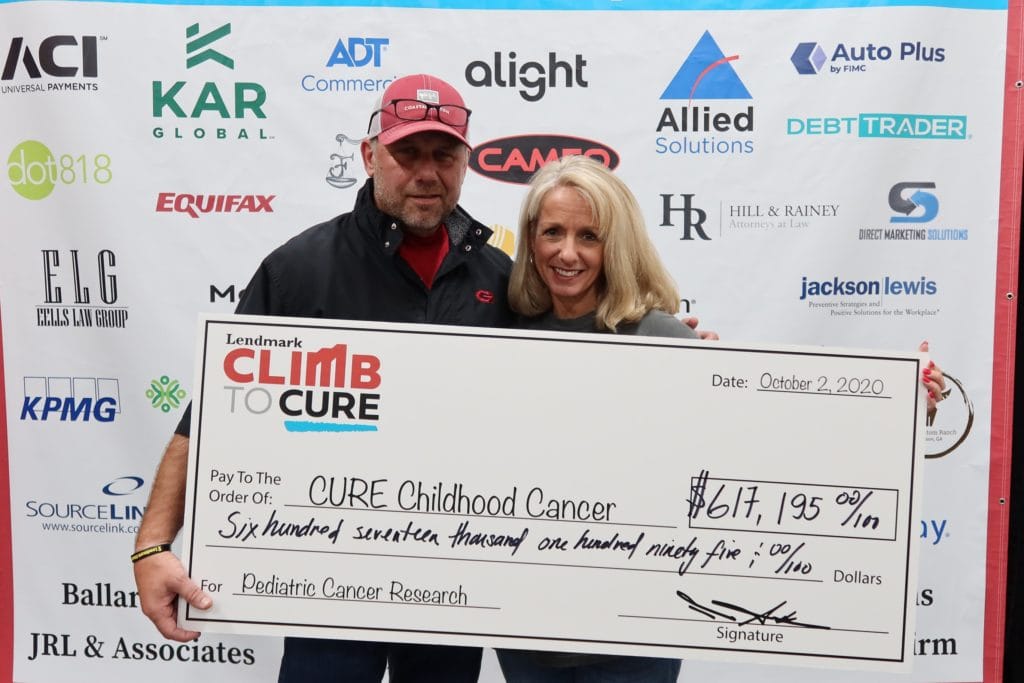 The funds raised by Lendmark support CURE’s Precision Medicine Initiative, which involves precise gene-based treatment. CURE is leading the way in advancing this innovative therapy. Our work would not be possible without Lendmark’s support.

“People want to know where their money is going, which is why we focus on precision medicine,” said Ethan Andelman, Lendmark’s Chief Marketing Officer. “We’ve embraced CURE and their Precision Medicine Initiative in the hopes that it becomes the first line of treatment for kids with cancer.”

In October, CEO Bobby Aiken made a stunning announcement: Lendmark’s goal for the 2021 Climb to CURE is $1 million! With the passion and dedication they’ve shown, Lendmark has proven there is no mountain they won’t climb for kids fighting cancer.