Karalyn loves to draw and play soccer. On August 23, 2018, she left for school a healthy 10-year-old. But when she got off the bus, her life changed dramatically.

“I was waiting for her and she came bounding to me saying, ‘Mama, I’ve got something on my neck’,” recalled her mother, Jennifer. “What she showed me was a lump the size of a walnut. I tried not to panic, but I knew we needed to get her to a doctor.”

Her pediatrician started an antibiotic. But Jennifer took Karalyn to the emergency room for another opinion. The hospital sent her home with a different antibiotic. Two days later, the lump was even more swollen, so they went back to the hospital where where a biopsy was performed. On September 11 the surgeon called her to relay devastating news: Karalyn had Hodgkin’s lymphoma. The cancer was on both sides of her neck and her sternum.

“Karalyn had two very close relatives who had recently die of cancer,” Jennifer said. “Because of that, her only association with cancer was death, and we didn’t want her thinking that way. So we told her she had lymphoma but didn’t tell that was cancer.”

The family celebrated her 11th birthday early so that she could enjoy it before chemotherapy started. 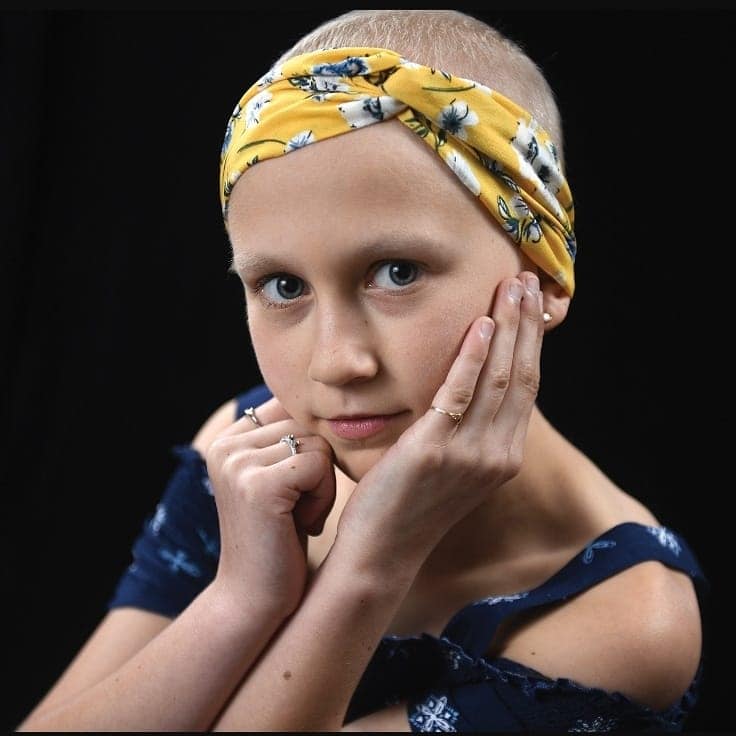 Jennifer said that Karalyn processes things better if she knows what to expect. If she knows what is about to happen, she can prepare herself and handle it better. But unfortunately, a cancer diagnosis can make an ordered life jumbled, leading to uncertainty and anxiety.

Karalyn’s oncologist said she appeared to be an open and shut case. She would have three rounds of chemotherapy and then another scan. At that point, a vast majority of children are cancer-free. But this was not the case for Karalyn. She endured two more rounds of chemo and was supposed to start 12 weeks of radiation. But she did not qualify for proton beam radiation and the side effects of general radiation to the chest cavity can be so severe that her medical team did not want to proceed. Her next scan indicated that the tumors were gone, and even though two of her lymph nodes were considered abnormal, Karalyn was in remission. One year and a day after she was diagnosed, Karalyn was cancer-free.

“Somewhere along the way, she figured out that lymphoma was cancer,” Jennifer said. “Her response was to say, ‘I know that God gave me cancer so that he could bring our family closer together.’”

Karalyn was so strong during her treatment that she only missed one soccer game the entire time. Although the happy girl who found the lump on her neck is back, the experience has changed her. She checks herself for lumps constantly and will run to her mother if she feels anything.

“There isn’t a day goes by that I don’t look at Karalyn and become filled with both pride and fear all at the same time,” said Jennifer. “So proud of the battle she fought and won, yet so fearful of what could be in her future.”

Karalyn is eight months cancer-free, but has had some troubling symptoms lately that led to new scans. While both mother and daughter are anxious, they continue to be hopeful that their fight is finished.

Click HERE to see the children participating in CURE’s Kids Conquer Cancer One Day at a Time. 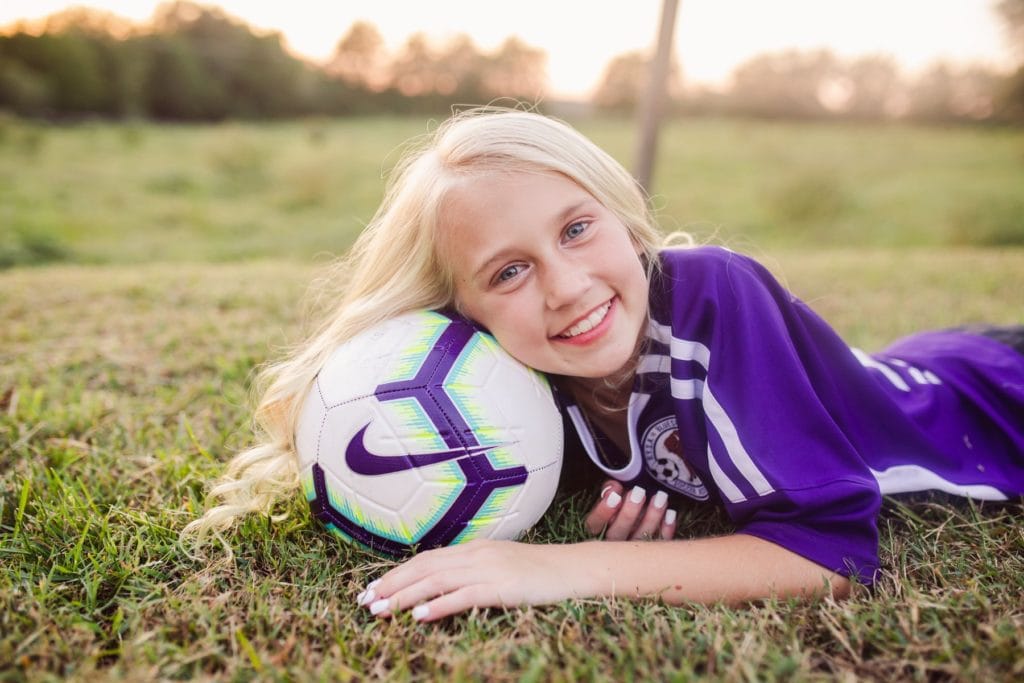