If you hear a squeaking sound, it might be Braylynn headed your way! Thanks to her favorite pair of shoes, her nurses all know when she’s coming and get ready with arms wide open. 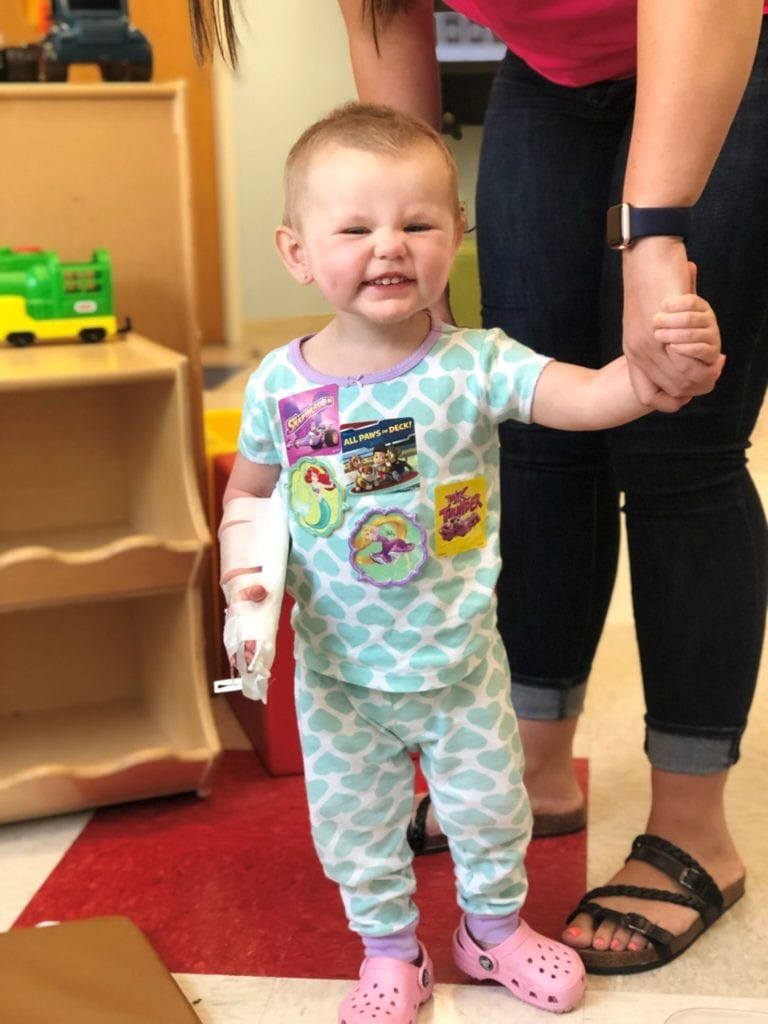 Once she learned to walk, seeing her toddle up and down the hospital halls became a common sight.

It started with a runny nose and fever that wouldn’t go away. Her mother took her to the pediatrician in Hazelhurst. He felt swollen lymph nodes at the base of her skull and knew immediately something was very wrong. His experience told him it was leukemia, and a blood test confirmed it.

“After he told me she had cancer, I couldn’t get my mom or husband on the phone,” said Braylynn’s mother, Drew. “I panicked because we don’t have any cancer in my family history, and I didn’t even know kids could get cancer. All I could think was that I might lose my baby.”

As her family learned of the diagnosis and began arriving at the hospital, Drew was able to collect herself for the long ride to Savannah where Braylynn would be treated. There they would learn that Braylynn had infantile leukemia with a mutation that made it high risk. In fact, it was the hospital’s first case in seven years.

Braylynn began treatment right away. She reached remission quickly, and fortunately, there was an open clinical trial designed specifically for her cancer’s mutation. She began the trial drug, and after just four rounds the trial chemo worked to reduce the effect of the mutation.

The side effects were brutal though. Braylynn had severe mouth sores and a diaper rash bad enough that the hospital’s burn unit evaluated her and brought a cream to sooth the rash. Because she was so young, the chemo was always hard on her, which is why she spent so many days inpatient. She is finished with that now and takes an oral chemo that doesn’t seem to bother her.

Since she is at home more often, Braylynn can enjoy being outside, her dogs, and her little brother, Luke.

“Luke is her world,” Drew said. “He was born while she was in treatment and every day she was there, he was too because I wouldn’t leave either one of them. It’s hard to keep a toddler happy while they are confined to a room. That’s why she spent so much time roaming the halls with the nurses. She loves those nurses.”

Due to her treatment, Braylynn’s speech is somewhat delayed but she is catching up now. Drew doesn’t know exactly when Braylynn’s treatment will end, but she is confident Braylynn will keep running and squeaking until she can say goodbye to the hospital for good. 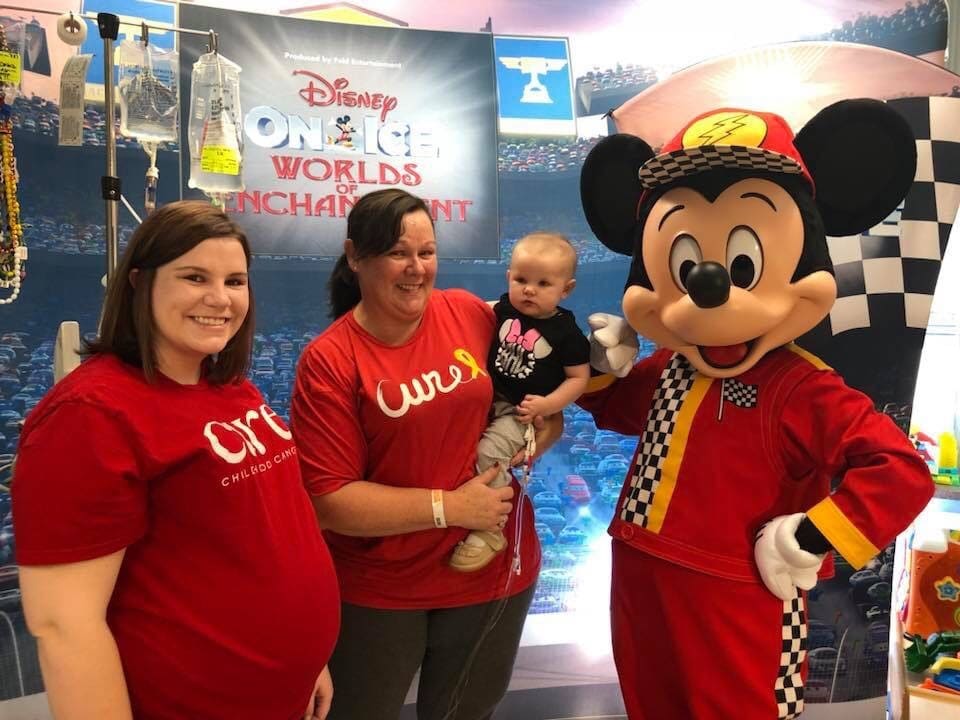