Gunner’s Back in Motion

Two-year-old Gunner lives just outside of Savannah and spends his time trying to keep up with his five older siblings. It’s a full-time job, but he is in constant motion and doesn’t let anything get him down. Last August, he had sporadic fevers and stomachaches but still kept moving as best he could. His mother, Ciji, chalked it up to teething and the typical ailments a toddler gets. She wasn’t really worried about him until one day when she was rocking him and felt a bulge on his side.

“I knew something was very wrong when I felt that bulge, so took him to his pediatrician the next day,” recalled Ciji. “She said his blood counts were off and thought he might have leukemia. Our next stop was the emergency room.” 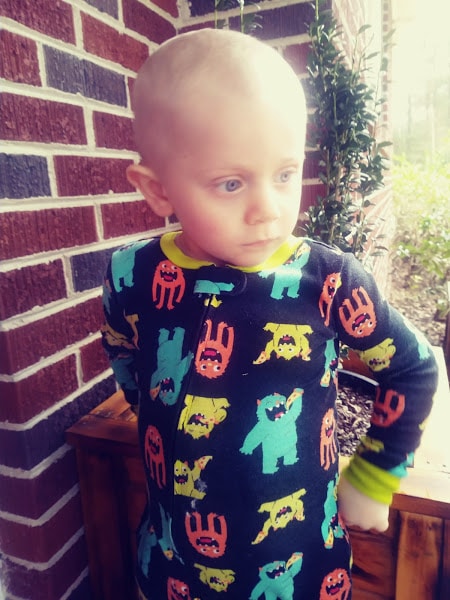 That news was terrifying for Ciji but proved to be incorrect. Scans and bloodwork revealed that leukemia wasn’t the culprit; Gunner had a Wilms tumor. At the hospital, a whole new set of rules were in place because of the pandemic, and Ciji was the only parent able to be with him. This meant that she had to tell her husband, Cody, about Gunner’s diagnosis over the phone.

“That was hard on both of us,” Ciji said. “Cody wanted to be in the hospital with us, and Gunner certainly wanted his daddy with him. We both understood why the precautions were necessary. But that didn’t make being alone to get that news any easier.”

A Wilms tumor is a rare kidney cancer that primarily affects children. Gunner’s was situated on his right kidney. By the time it was discovered, the tumor was enormous. His medical team rushed him to surgery with the hopes of removing the tumor along with his kidney. But the tumor was so large it had roots attached to vital organs, so they couldn’t even remove enough for a biopsy. Gunner was put on a six-week chemotherapy regimen with the hopes of shrinking the tumor so surgery would be possible.

Gunner’s surgery was followed by another six weeks of chemo and radiation to kill any remaining cancer cells, so the tumor never returns. 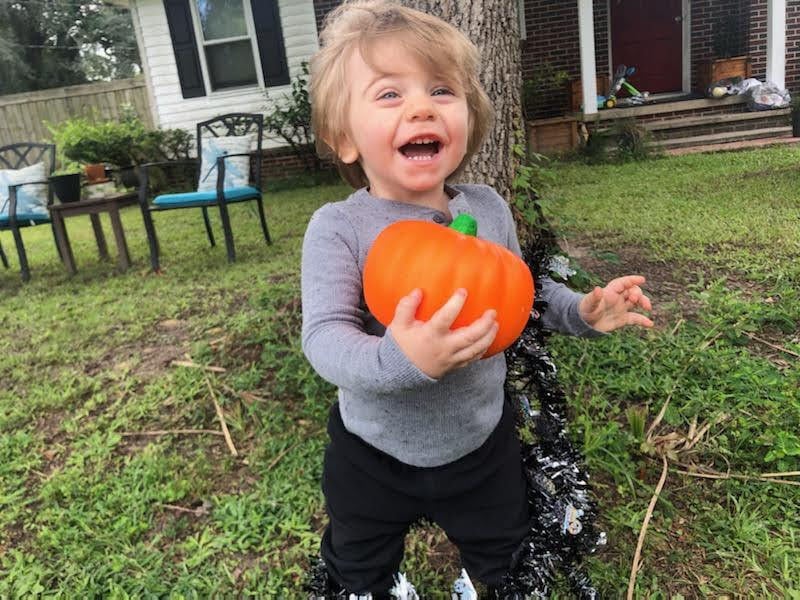 The pandemic added much stress to Gunner’s treatment. While his three oldest siblings wanted to be home to help, they were in school while Gunner was immunocompromised. One of his brothers was exposed to the virus and had to quarantine away from home. Fortunately, he didn’t contract COVID, but the family knew they had to keep him away to protect Gunner’s health.

Gunner recently completed his treatment and is back to chasing his siblings around the house. With six kids, there is always something going on. While Ciji looks forward to getting back to normal, her experience with pediatric cancer has opened her eyes to a whole new world.

“I know Gunner’s treatment has been relatively easy,” she said. “I sometimes feel guilty when I see other kids who aren’t doing as well. I’m very thankful for his health and I realize that we are blessed. I hope our story can encourage other people to stay positive when they get horrible news.”