By Mark MyersNovember 9, 2020No Comments 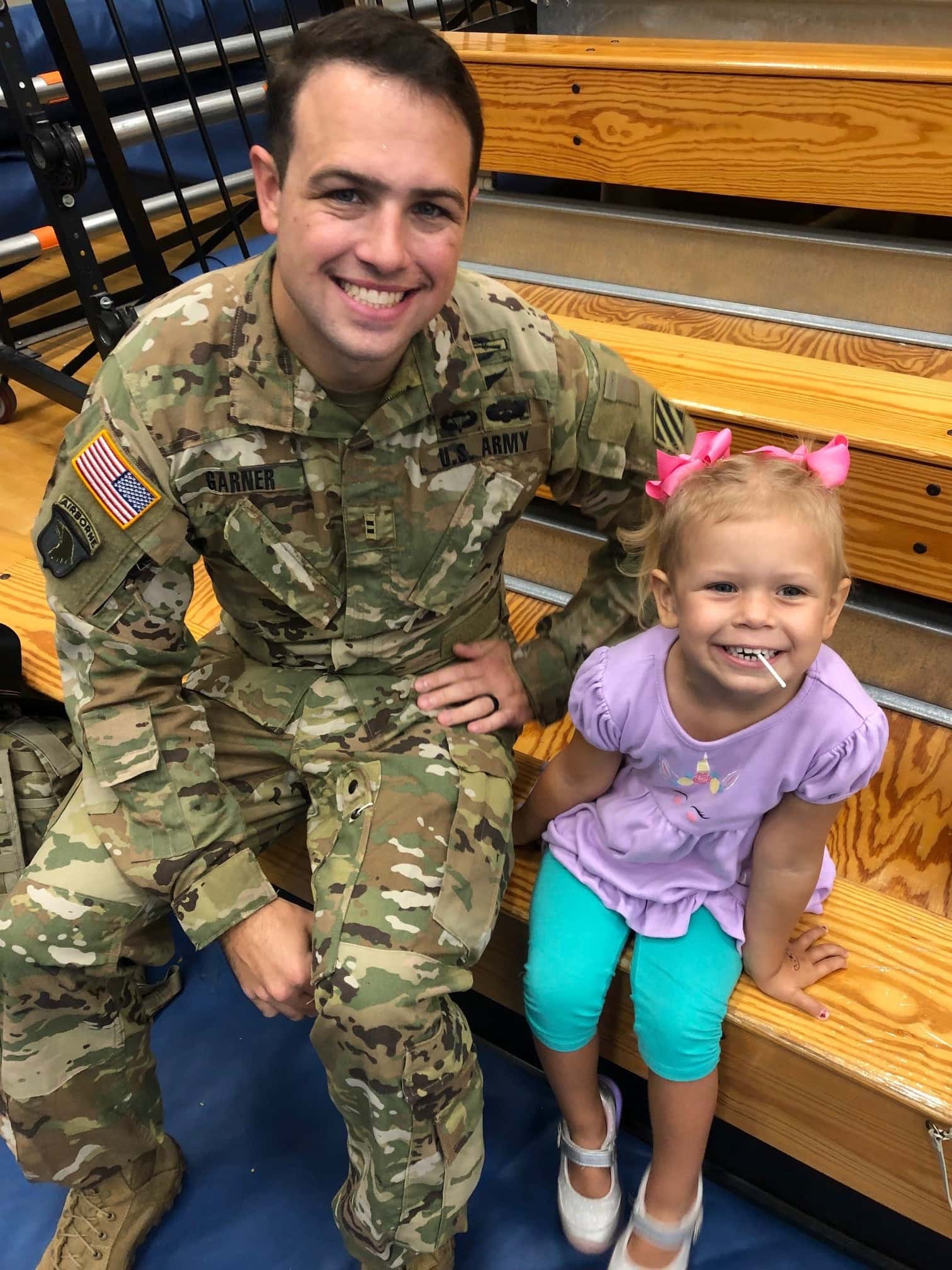 Chief Warrant Officer 2 Noah Garner is a helicopter pilot in the United States Army. He entered the service in as an infantryman, then became a sniper and served in combat duty. After he rotated home, he made the decision to pursue aviation and hasn’t looked back. While his military career has taken many twists and turns over the past twelve years, the last three have been particularly turbulent because his youngest daughter, Chloe, was diagnosed with a brain tumor.

In 2017, Chloe had a slight head tilt and Noah and his wife, Annie, noticed her eye was shaking. They took Chloe to the base physician, who said she didn’t feel prepared to diagnose the issue and sent them to the hospital.

“We were supposed to be there for a quick 30-minute MRI,” recalled Annie. “But that turned into five hours. When the doctor finished, he came in and said she had a tumor.”

Further testing would reveal that her tumor was an optical glioma, and because of its type and location, it is rare for such a tumor to be surgically removed. Most of the time, the goal is to stabilize the tumor to prevent growth. Her doctors began to closely monitor Chloe’s tumor, and after nearly a year it was declared stable. Unfortunately, tumor growth was evident at a scan four months later, and even more in the next scan. So Chloe began a chemotherapy regimen designed to shrink it. Being separated during her treatment proved to be difficult for Noah.

“That was tough, especially during long rotations of nine months,” Noah said. “We relied on the internet to Facetime each other and send Marco Polo videos. I would get up very early in the morning so I could spend time with them before they went to bed.”

Noah was serving in Europe at the time. When they got the bad news of tumor growth, the commander of his unit was very supportive and worked to get him home as soon as possible.

The new chemo yielded frustrating results. Chloe’s tumor continued to be erratic – it would be stable at one scan and show growth the next. After another year, her medical team put Chloe on a new chemo called Avastin. And it worked! 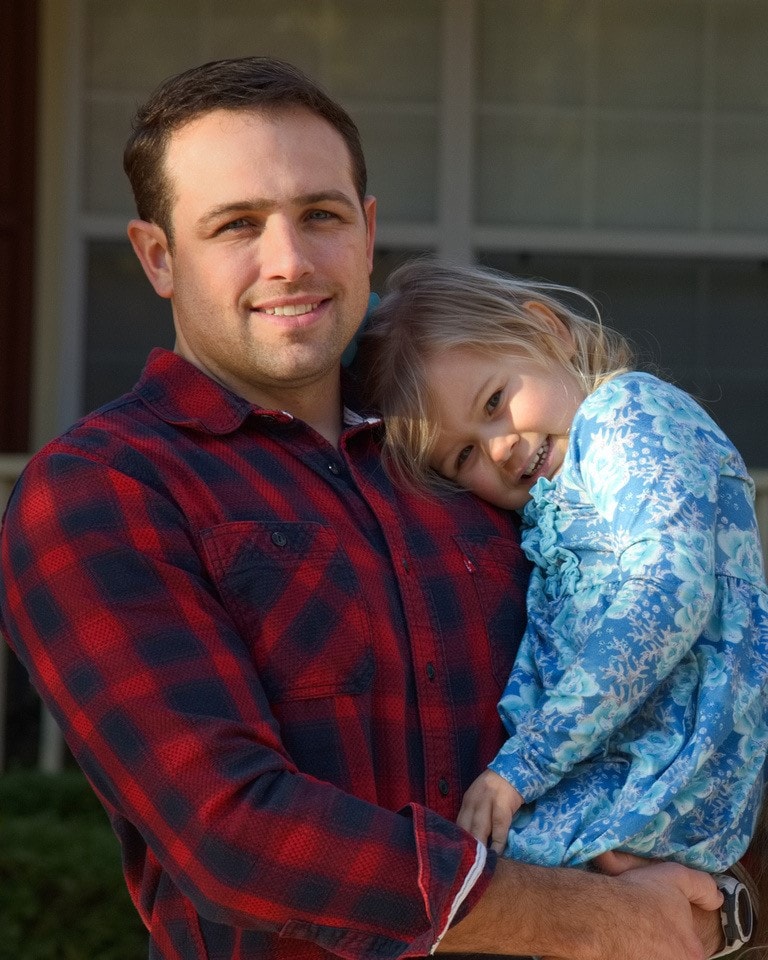 For the first time, Noah and Annie heard the words, “Significant tumor reduction.” Noah was out of the country at the time, but the family celebrated this victory long distance!

Chloe recently finished her treatment. While she is feeling good, her vision has been affected. She has optic nerve damage from the tumor and her vision isn’t 20/20. But right now, she’s back to dancing and enjoying her favorite movie, Frozen. Her mother describes her as feisty and stubborn – traits that helped carry her through her long and difficult treatment.

On November 2, Chloe rang the bell to signify that she’s finished with cancer. This was something Noah would never miss. While his duty will force him to return to the base quickly, Noah drove up from Savannah to celebrate with his baby. Together they gave cancer the boot – Army style! 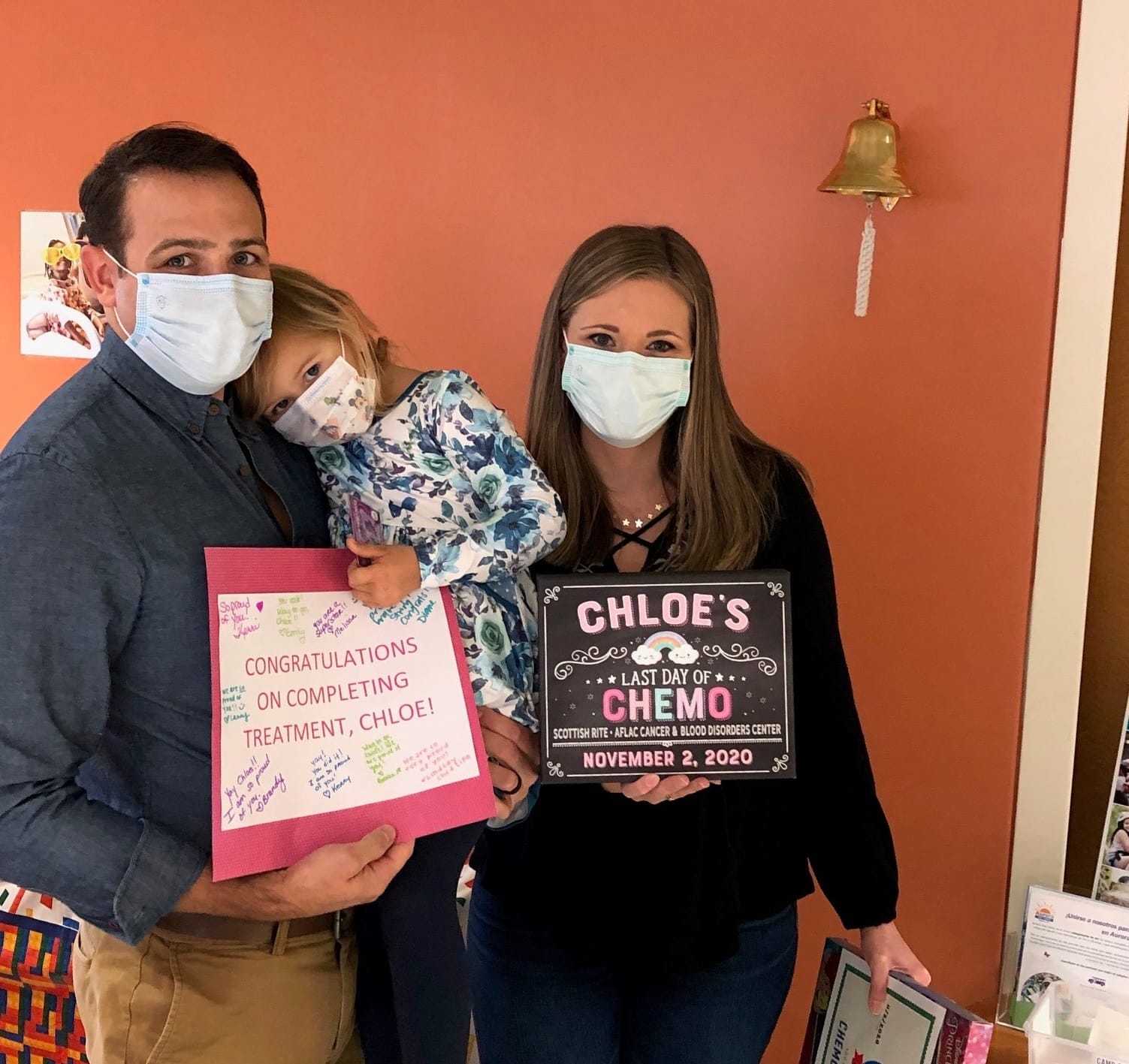 On Veteran’s Day, CURE would like to thank Noah and all those who serve and have served.