By Mark MyersNovember 12, 2019No Comments

Eliza is a happy, energetic 3-year-old who does things on her own schedule. She also happens to possess an extra chromosome. Being born with Down syndrome brings a unique set of challenges, including an increased risk for a variety of health problems such as heart defects, respiratory and hearing difficulties, and thyroid conditions.

At her tender age, Eliza has already had two open-heart surgeries – one when she was just four months old – and she has also faced another battle: cancer. Due to a combination of genetic factors, children with Down syndrome face a high risk for childhood leukemia. Their chance of getting leukemia is roughly 20 times that of the general population. 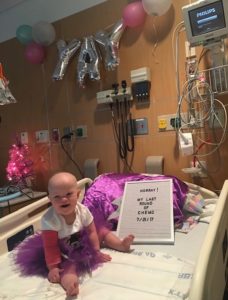 While recovering from her heart surgery, Eliza became sick. Her family took her to the hospital and what started as pneumonia ended up being much more. A blood test indicated leukemia blasts.

“The pneumonia was actually a blessing in disguise,” Eliza’s mother, Katie, said. “She was only seven months old and had been sick on and off since her heart surgery. If we hadn’t taken her to the hospital for the pneumonia, the cancer might have gotten worse.”

Eliza’s parents soon learned that she had acute myeloid leukemia (AML). This is where her genetic disposition helped her. The success rate for children with Down syndrome is actually higher with AML than the more common acute lymphoblastic leukemia (ALL). This is the opposite of the general population.

“We were told that their bodies just handle the disease better than the average patient,” Katie recalled. “So that was the first bit of positive news we received.”

For the next few weeks Eliza was a very sick little girl. Besides battling cancer, she had to fight off two viruses and start chemotherapy. But through it all, Eliza smiled even when she didn’t feel like it. Her strength shined through with every poke, stick, and bad-tasting medicine she did not want to take. 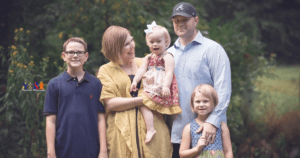 The hardest part for Eliza was being in isolation for a month. She couldn’t see her brother or sister at all and only had limited other visitors. She enjoyed connecting with her siblings through FaceTime, and they drew pictures to hang around the room to make it a happier place. Even though the nurses administered the pokes and sticks that caused her pain, she became fast friends with them and the other hospital staff.

Eliza has now been in remission for two years! She breezed through her treatment with an amazingly cheerful attitude. Likewise, her heart sounds perfectly healthy now – gone is the murmur that caused her early problems. She is healthy and growing strong.

“Eliza’s full name is Elizabeth Aveline – which means ‘strong little bird’,” Katie explained. “When we named her, we never dreamed that in just a couple of years we would learn how strong she is.”

Now that she is home fulltime, Eliza enjoys playing with her brother and sister, having random dance parties in the kitchen, listening to The Wiggles, playing dress up, and loving on her baby dolls. Like everything else, Eliza learns things when she decides it is time. She is starting to speak but prefers to use sign language at this point. But her mother is certain she’ll start talking when she is ready. After all, she’s doing life on Eliza’s Time. 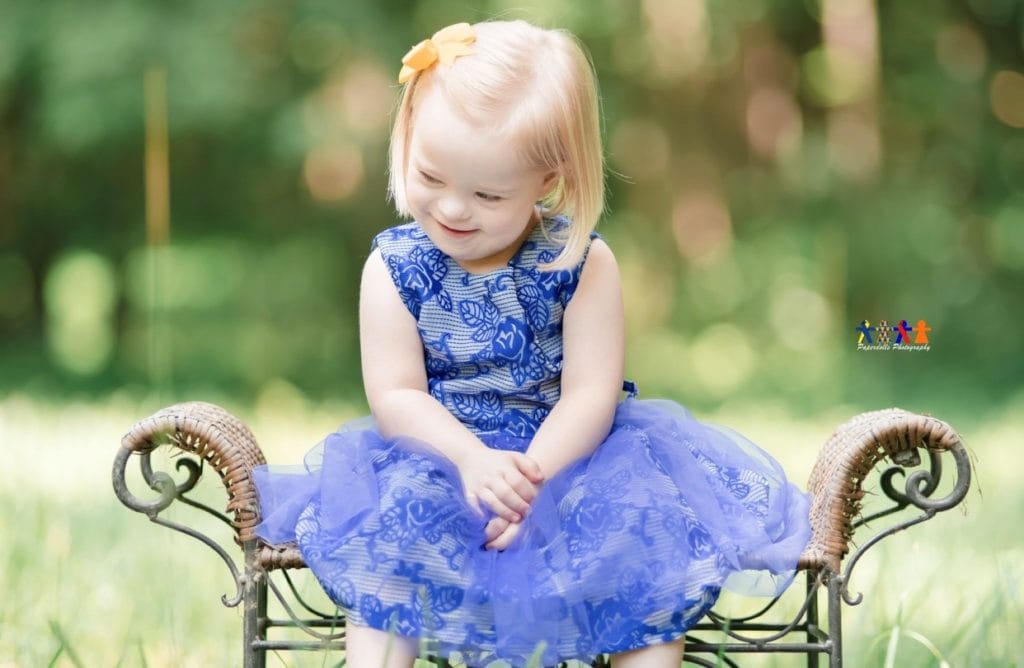