In this disposable world, very few things seem to last 25 years. But when something touches enough people’s lives it becomes engrained in the very fabric of the community. So it is with Lauren’s Run. On April 28 we celebrated the 25th Lauren’s Run and CURE Childhood Cancer Annual Picnic. The first running was in 1992 after the Zagoria family lost their beautiful daughter, Lauren, at the age of 2. In 2001, another Atlanta toddler, Lauren Kochman, passed away after battling neuroblastoma and the Kochman family joined the Lauren’s Run efforts in 2002. Today we run in memory of both Lauren’s – as well as in honor of the thousands of other children who have fought childhood cancer. 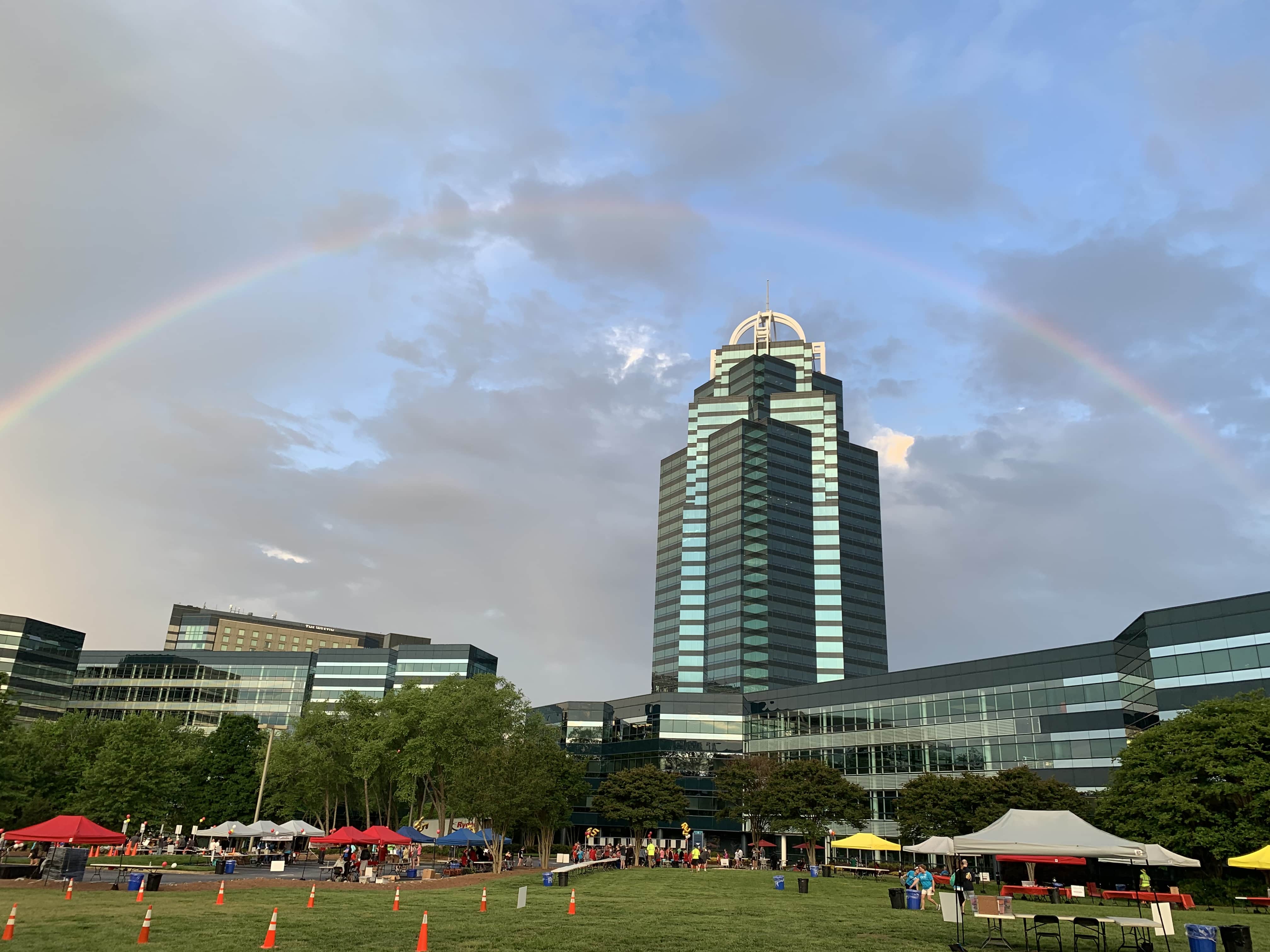 This year’s race started off in spectacular fashion as a beautiful double rainbow greeted us at the Concourse Office Park. The temperatures were perfect as runners began to arrive and warm up for the 5k. After the winners were announced and medals presented, the founders of the original race were honored and recognized as VIPs and the mothers of the two Laurens shared their emotions as they considered how much has been accomplished in their daughters’ legacies.

In the crowd was a special little boy named Knox. Knox and his parents were preparing to run the 2k. Although he is only seven, he’s traveled a long road to get to this point.

His journey started very early. As other boys his age were starting to walk and become rambunctious balls of energy, Knox refused to walk and was oddly sedate.

“I knew something wasn’t right,” said his mother, Kimberly. “We took him to several different doctors and got all kinds of opinions. They finally landed on synovitis – a virus that affects hip movement and told me it would run its course. I wasn’t sure, but miraculously he started walking and we thought his health scare was over.”

Knox’s newfound vigor lasted for six months when he refused to walk again. At the stubborn insistence of his parents, Knox was given an MRI which revealed a neuroepithelial spinal tumor – a tumor so rare that it was only the 9th diagnosed at CHOA. He was scheduled for immediate surgery during which Knox’s surgeon scraped every bit of the tumor he could find. A tiny portion remains, but it has never grown or caused him problems since. After a very tricky year of chemotherapy, Knox’s treatment was complete. But there are lasting effects. 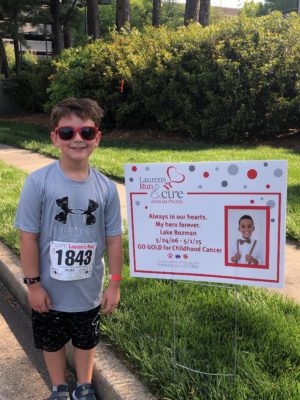 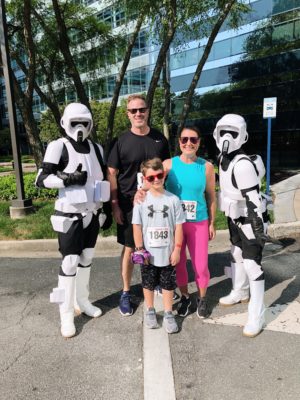 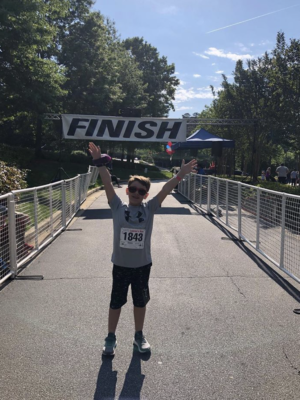 “There were moments during our journey where we had no idea if Knox would ever be able to run let alone walk having a spinal tumor,” Kimberly relayed. “We have watched him since he was a baby learning to walk, try to figure out how to cope with it. He trips often, calls himself slow, has been made fun of and looks different when he runs. It never breaks his spirit.

“Today marked a huge milestone in our family’s life as we watched our son cross the finish line in his first 2K. To watch him dig deep today, stop to rest and talk with his friend Lake who is in Heaven, and persevere to finish strong melted my heart. I have learned so many life lessons from these sweet kids. If you had asked me yesterday if he would have been able to do this I would have bet no. It’s a testament to the fact that you can truly break any barrier and do anything you set your mind, heart and soul to do.”

Knox’s resilience represents the spirit and hope we celebrate at Lauren’s Run and the CURE Childhood Cancer Annual Picnic. It is a spirit of a community committed to conquering pediatric cancer and it cannot be denied. To date, Lauren’s Run has raised more than $4.4 million in the fight. Some of the original research funded in its early years is now frontline therapy for children fighting cancer. Children like Knox – who deserve the opportunity to cross the finish line.