Trenton Kindred will carry an extra bit of hope when he walks across the graduation stage in his scarlet cap and gown. Not only hope for his future that was once in doubt, but he also carries a special hope for others that he and his family have nurtured since 2006.

When Trenton was only one year old, he was diagnosed with stage four neuroblastoma. His parents, Greg and Ginger, had to watch as their baby began a very harsh treatment and all its horrible side effects. They were told he had a 20% chance of survival and a 70% chance of relapse. Before reaching his 25th month, Trenton endured five rounds of intense chemo, two bone marrow transplants, 21 days of being put to sleep during radiation treatments, several surgeries, 27 port line infections, and six months of oral chemo.

Through it all, Trenton fought back. His determination and love of life helped him get through these rigorous challenges. In 2006, Trenton was declared cancer-free. 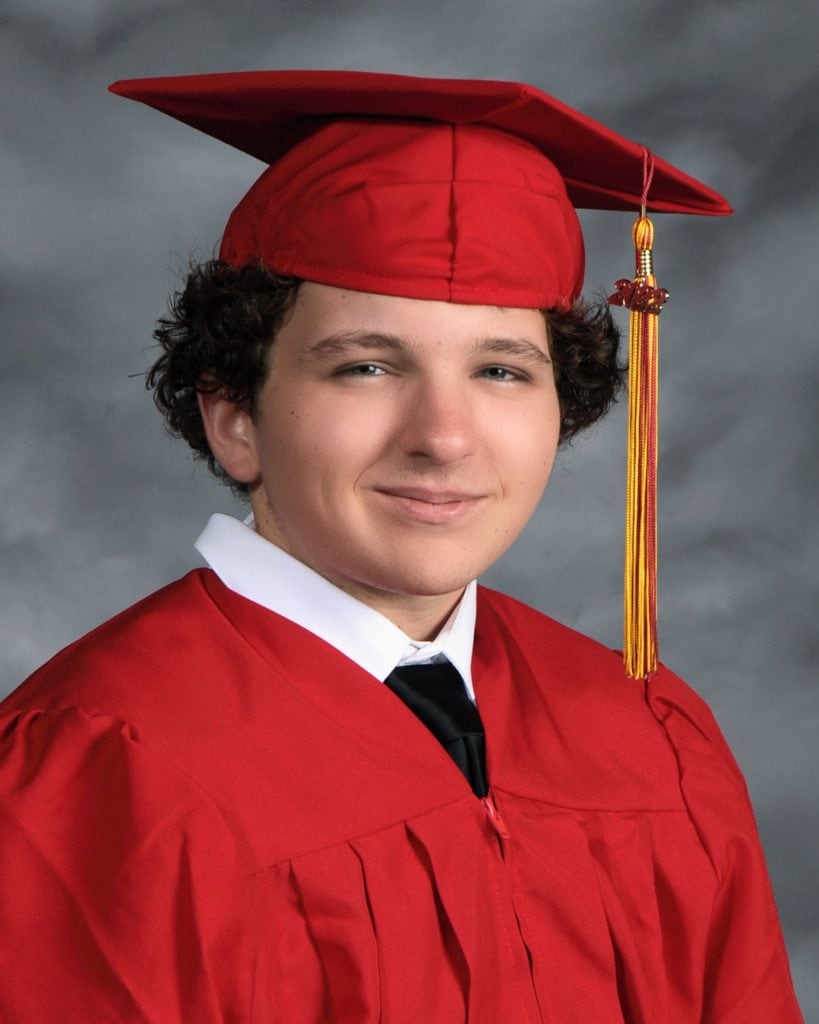 “Trenton’s experience has shown us the huge need for less-toxic cancer treatments specifically tailored to kids and their growing bodies,” Ginger said. “Our family hopes that in the future, no other family will ever hear the heart-sinking words ‘Your child has cancer.’ But if that does happen, there will be hope – a hope of a cure and less toxic treatments tailored to kids that will allow them to be kids that grow into healthy adults.”

Not ones to sit idly by and let others do the work, the Kindred family started the Trenton W. Kindred Research Fund, a named fund at CURE. The purpose of the fund is to support childhood cancer research. The Kindreds and their supporters are committed to advancing better treatment for neuroblastoma and, ultimately, to find a cure for this aggressive disease. To date, the fund has raised $303,465 to fight childhood cancer! That is a lot of hope that Trenton and his family have provided to other children in the fight.

And Trenton? He’s doing great these days. After graduating with honors, he will head to Oglethorpe University in the fall, where he will study Business Administration and Economics. He’s not 100% sure where that will lead but is hoping to further his education in law school as a corporate or commercial real estate lawyer.

“He continues to amaze us with his infectious humor, shyness, and love for life,” said Ginger. “He’s an old soul, and he is fearless. But he is also reserved and has a soft soul that we think comes from staring into the darkest of places at such a young age. He is truly a miracle, and our family lives each day not taking anything for granted.”