Many people have an image in their mind when they think of motorcycle clubs – and it isn’t always positive. One group of motorcycle enthusiasts aims to change that perception.

“Our club operates similar to the clubs founded in the forties,” David Little explained. “Traditionally, a club founded from a group of like-minded people who want a brotherhood and ride motorcycles”.

In an effort to differentiate themselves, several club members started a new nationwide club called, Defiant Crew Motorcycle Club. While they kept the goal of brotherhood and riding, they also wanted to add a community service aspect to the club.

“We want to show that we are committed to our communities,” David said. “Everyone has been affected by cancer. In fact, I have recently lost two of my dearest friends to the disease and I can’t imagine what kids fighting cancer have to go through.” 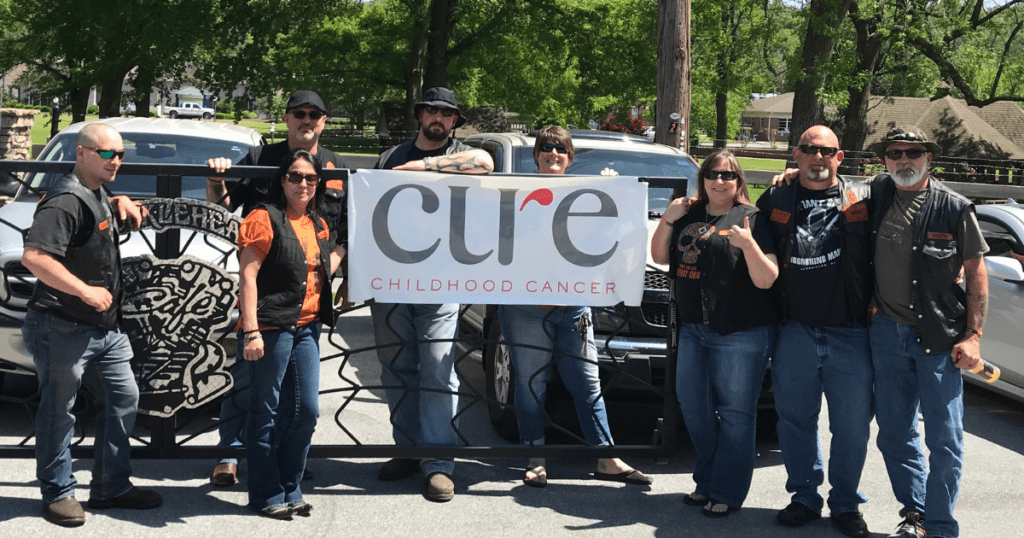 To fight back, the Georgia chapter of Defiant Crew MC created an event called Bikers Battling for Kids. On April 27, 70-100 bikers will gather at the Knucklehead Café in Rockmart for a poker run. From there they will ride to a park in Cave Springs, then to Sixes Tavern in Cartersville, and finally to Bikers Gone Wild in Dallas before returning to Rockmart. The loop is approximately eighty miles and at each stop they will draw a card. When everyone finishes they will each have a hand to play and the winner will receive a prize.

In the five years they’ve been making this run, they have raised over $25,000 for CURE. The event is quite organic – they literally knock on doors to get items for auction and spread the word of the poker run through word of mouth and signs placed at locations bikers frequent.

“It’s fulfilling,” said David. “To know that we can get together, ride, and do what we love while making a difference in our community is huge.”

If you’d like more information about riding in the event or donating an item for auction, please click the button below.

And if you would like to do something you love to benefit CURE, click to see how you can host a fundraiser in your community.