Emily Riedinger and Caroline Paris have been best friends since the fifth grade. While they met in school around many other kids, they quickly became inseparable and have been ever since. Somewhere along the line, they saw a video in which a girl talked of how inspired she was after finding ways to give back to her community. Both girls were touched and immediately began forming plans to do charitable work.

At the time, Caroline’s older sister Natalie was finishing up her leukemia treatment. The girls felt a natural draw toward helping children with cancer and, at Natalie’s suggestion, looked into what they could do for CURE.

“We found out we could assemble Boredom Buster Bags that would help kids during long hospital stays,” Emily said. “I mean, I get bored just being at home sometimes. I can’t imagine how bored I would get if I had to be in the hospital for days on end.”

So the two of them engaged their community and put together bags full of games and activities to entertain a child in the hospital for treatment. They got such great joy out of making these bags that they did it again the following year.

“When she was in treatment, Natalie got several of these bags from CURE,” Caroline said. “They really helped her through some long and difficult days.” 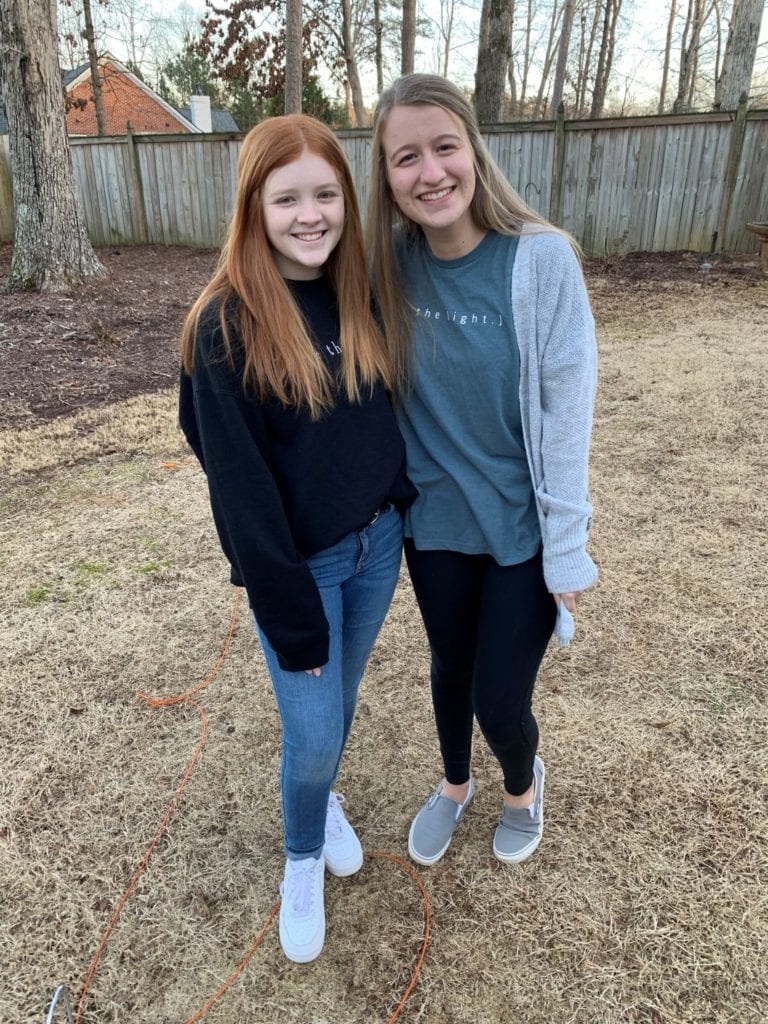 Making Boredom Buster Bags has now become a tradition, and the girls have also made snack bags, toiletry bags, and more. The past few years, they got their local Target, Kroger, and CVS involved to make bags and donate supplies. In December, Target on Windward Parkway put together forty bags as an employee project and added these to its donation.

Since they had been inspired by the video they saw in middle school, Emily and Caroline wanted to share the joy of giving back with kids their age. That led them to a new endeavor to raise funds – t-shirts that said, “[be the light.]”

“By buying t-shirts, the kids got something out of it,” Caroline said. “It makes people feel like they’re a part of something big when they see others wearing them around school.”

While they’ve been inseparable for seven years, they’ll soon be going different directions. Caroline plans to study to become a physical therapist at Berry College, and Emily hopes to enroll in University of Georgia’s child psychology program. Unsurprisingly, giving back plays a part in Emily’s future plans.

“I’ve struggled with anxiety since I was young, and there was someone who really impacted me,” Emily said. “I hope that once I have my degree, I can help others like I was helped.”

We truly appreciate these two young ladies’ dedication to making hospital stays a little easier for the children we serve. They are certainly a “light” and good example for all of us.