How one family found support at Lauren’s Run & Picnic

Last year, Maddox and his family found an unexpected community at Lauren’s Run & Picnic. Maddox was only a few months into his treatment for leukemia when race day came. Thinking it was just a 5k that benefited CURE, they soon learned the day held a lot more.

“We were fairly new in the childhood cancer world at the time,” Maddox’s mother, Nour, said. “In fact, he was in the hardest part of treatment in late April. But we thought it would be fun to spend the day together as a family and we knew there would be other cancer families there, so we signed up. What we found was both beautiful and impactful.”

Maddox’s cancer journey started with a lump under his jawline. After months of labs, tests, and finally a biopsy, his family heard the dreaded words, “your child has cancer.” In November of 2018, Maddox began the battle of his young life against acute lymphoblastic leukemia (ALL).

“The last year has been full of emotions for our family… fear, anxiety, anger, panic, longing to be with each other when we can’t be,” explained Nour. “But it’s also been full of faith, love, joy, and support. We have felt so many arms wrapped around us by those we know and love, and even more by strangers we now call friends.”

When she registered for Lauren’s Run last year, Nour told their immediate family about the event, but didn’t really go beyond that. Word leaked out to friends and their loving group of supporters – many of whom joined the Maddox Strong Team for the race. The team grew so large that his blue shirts were all over the field and they won the Team Spirit award! 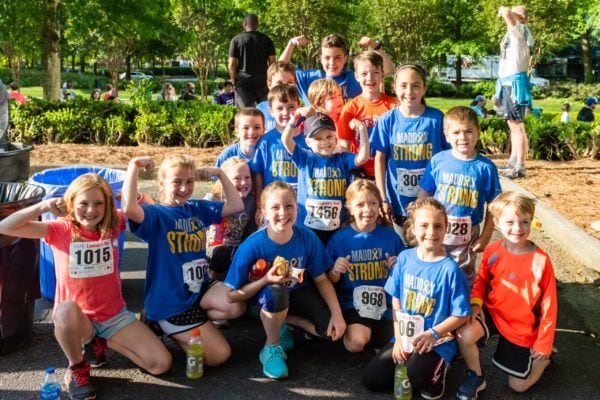 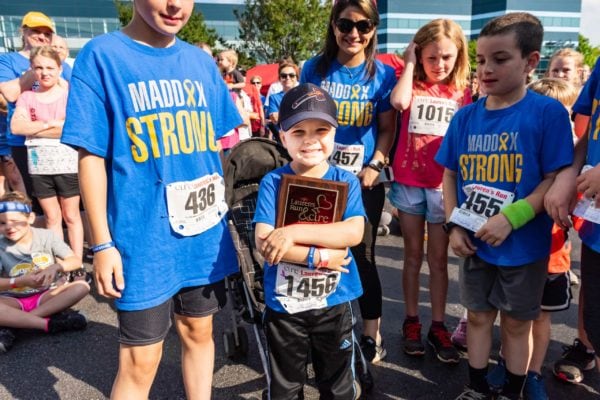 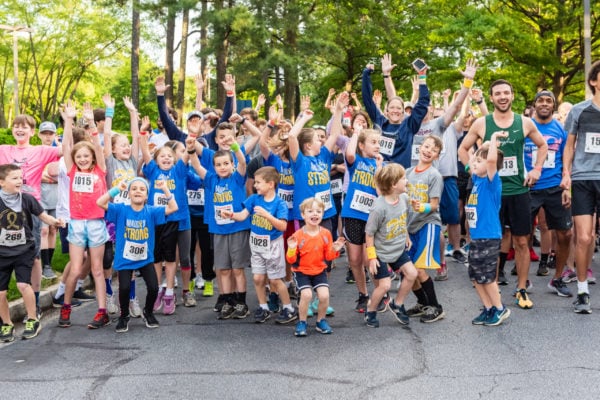 “We walked the 2k and it was a beautiful and powerful time,” Nour recalled. “To see the signs along the raceway with kids’ faces and names meant a lot to me. It showed me that we aren’t alone.”

Nour has some thoughts on families considering coming to the event on April 26.

“As you deal with cancer, you can find support in unexpected places,” She said. “Lauren’s Run brought me a sense of community. The run/walk was impactful, and the day ended with a great picnic that allows kids to forget their treatment for a little while and just be kids. Maddox had a ball and we never felt pressured. We did the walk at our own pace and when Maddox was ready to leave, we left.”

We would love for you to join us at Lauren’s Run & Picnic on April 26. For details and registration information, please click the button below.