A Whole Bunch of E’s

If you attended Lauren’s Run and the CURE Childhood Cancer Annual Picnic, you saw people in bright red shirts marked with a big “E”. In fact, you could hardly keep from stumbling into them because they were everywhere!

The E stands for Ethan, and his team is called Team Ethan Gray. Ethan was a very healthy child until his parents noticed something odd. Just before his eighth birthday, he began showing the characteristic signs of puberty.

“We have a picture of him swimming, and he looked perfectly normal,” relayed his mother, Carrie. “Then just six weeks later, he started sprouting hair, developed body odor, and became hormonal. One afternoon he got frustrated with something and burst out in tears, which absolutely isn’t like him.”

His pediatrician agreed that there was a problem and sent them for further testing that revealed a low-grade glioma brain tumor, located from his optic nerve pathway and growing onto his hypothalamus. The hypothalamus is located deep in the base of the brain, and it is interconnected with many parts of the central nervous system. Its location makes Ethan’s tumor inoperable and because it was pressing on the hypothalamus, it activated early puberty (a.k.a. precocious puberty.)

Ethan has been receiving weekly chemotherapy treatments since November and will continue to receive treatment until February 2019. Initially the chemo was very hard on him. He was incredibly nauseous, and nine weeks into treatment, he had a terrible allergic reaction which caused doctors to switch chemo. His body is handling this new chemotherapy much better. The good news is that Ethan’s latest MRI revealed no new growth in his tumor. Hopefully the tumor will now begin to shrink.

Team Ethan Gray is certainly pulling for him. His team began to form early in his treatment. Ethan has always been a helpful boy. During his initial hospital stay, he and his family saw the great needs of other families in treatment. Together they decided to start the Team Ethan Gray t-shirt campaign and began selling them online. All of the donations received benefit the Patient Emergency Relief Fund at Children’s Healthcare of Atlanta. Thus far, shirt sales have raised close to $10,000!

They also help Ethan. When friends, family, and even strangers wear the shirts and post a picture he can see, it lets Ethan know that people are on his team.

“Ethan is a strong kiddo,” said Carrie. “He has had a very positive outlook. Of course, he has bad days, and on those days, the shirts help to lift his spirits.” 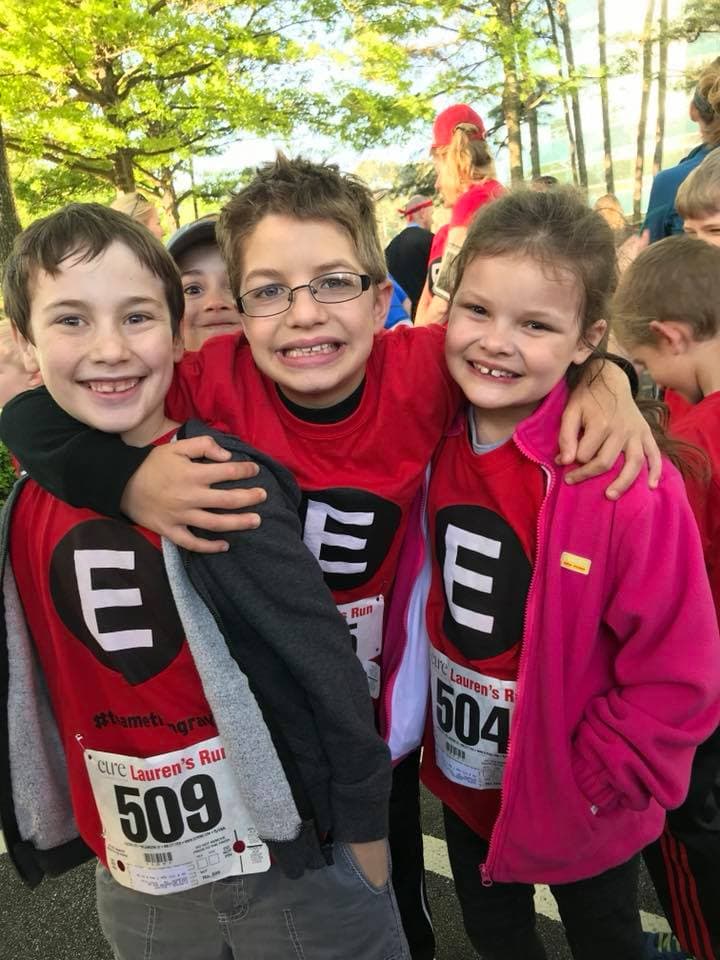 The shirts also came out en masse at the 2018 Lauren’s Run, where the team boasted a whopping sixty members. They weren’t a quiet faction either. Team Ethan Gray had a blast and walked away with the Team Spirit Award. They also raised more than $7000 to further CURE’s mission.

“We adore CURE,” Carrie exclaimed. “We love seeing you and your volunteers in the hospital every time we are there. Ethan wasn’t in a great place at first. He was having trouble accepting what was happening until he met a little girl at a CURE event. That encounter with another patient helped him see that he had to fight. It was a real turning point.”

Ethan loved Lauren’s Run, too. He wanted to walk the 5k, but after about 2 ½ miles, he started hurting from the chemo. One of the side effects of his treatment involves his nervous system. His feet started tingling and hurting which made him stop for a few minutes. But he was determined to finish – and he did!

“He really enjoyed the carnival games, inflatables, and the game truck,” Carrie recalled. “Of course, he thought it was really cool to see all of his red shirts out there, too.”

Ethan has big plans for the future. He wants to start a “Kid Clean-up Club” that will empower kids to help clean up garbage and plastic from parks, roads, and oceans. With the army of supporters he’s already built, don’t be surprised if you see Team Ethan Gray in red shirts cleaning the side of the road near you. 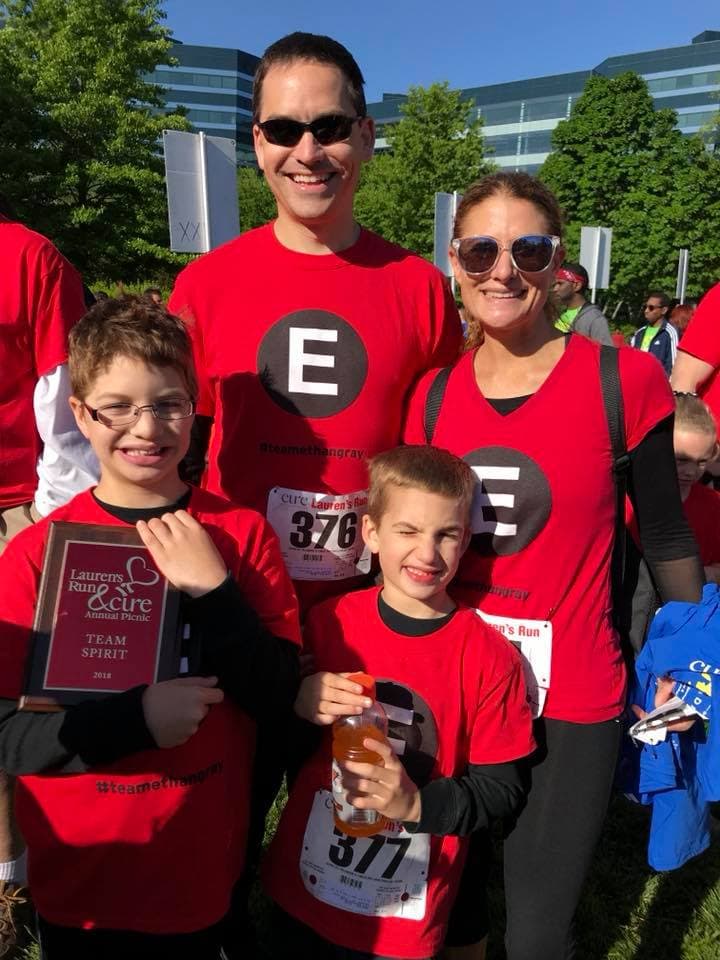