Anna Thompson was scrolling through Facebook one evening when a particular post made her pause. The post showed the picture of a young man named James who was in dire need of a liver transplant. The situation struck a chord with Anna.

“When I read James’ mother’s words, my heart went out to her because I could feel her desperation,” Anna recalled. “It mentioned that his sister had tried to donate but was unable. The next thing I saw was that our blood types matched.”

At this point, most of us would feel great sympathy for the situation and keep scrolling. But not Anna. Her mother’s heart wouldn’t let her because she has felt that same desperation. 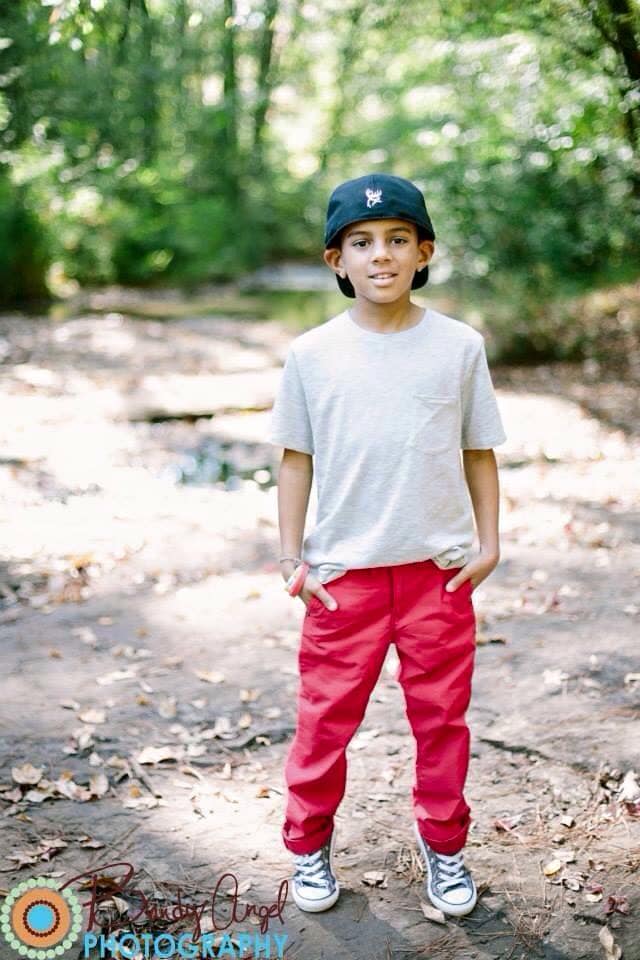 Anna’s oldest son, Lake, was non-stop motion and best described as “all boy”. Whether shooting basketball, wrestling his little brother, or playing with friends, he was constantly moving until he suddenly began to slow down and complain of exhaustion. Since that was so abnormal, Anna took him to his pediatrician who quickly sent them to the hospital where he was diagnosed with acute myeloid leukemia (AML). Lake reached remission quickly but relapsed a year later. After a few rounds of chemotherapy, he needed a bone marrow transplant, which proved to be a problem.

“When Lake was ready for his transplant, we couldn’t find a match,” Anna said. “His doctors were able to use donated cord blood, but we knew that wasn’t ideal. Still, it worked for a time.”

Lake surged for a year. He got to go to camp, enjoy a Disney cruise, play hard, and meet his new little sister. He even signed a one-day contract with the Atlanta Hawks. But all the while, his cancer had regrouped and became too much for his tired body. Lake passed away on May 1, 2015.

“We miss him like crazy,” Anna said. “We take comfort in knowing that he is now cancer-free and perfect once again. But when I read that post, it made me think of my boy. I will always wonder whether Lake would still be here today if we had found a perfect match for him.”

Anna didn’t hesitate. She reached out to James’ transplant team to start the screening process. Testing to ensure a correct match can take several months, but Anna and James found out she was a perfect match in February. Overjoyed, James’ mother, Janice, contacted Anna to thank her and they made plans to meet just before the surgery.

“His mother sent me their address and it turns out they live less than a mile away,” Anna shared. “They could have lived anywhere, and we were neighbors the whole time. Our families spent three hours together that Sunday and truly enjoyed the afternoon.” 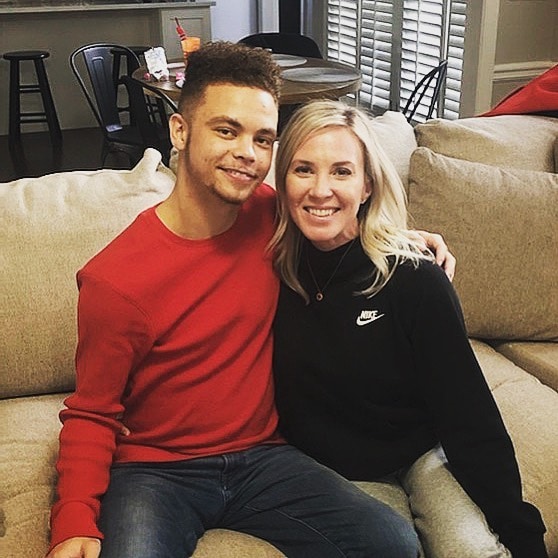 Anna and James before surgery.

James is a 22-year-old engineering student at Mercer who has a rare auto-immune disorder that attacked his liver. Like Lake’s cancer, this particular disorder is usually only found in people much older. He knew he would need a liver someday, but his quality of life was severely declining.

The transplant surgery took place on Valentine’s Day and was successful. Although recovery was difficult for both of them, Anna has no regrets about her decision.

“Surgery and recovery brought so much perspective to me,” Anna said. “When I started to hurt and feel a little sorry for myself, I realized that this is how Lake felt for more than three years and he still functioned and had a positive attitude. One of the biggest things I learned from Lake is that our life does not belong to us. It is meant to be shared to help others, inspire others, and love others. Lake did those things, so I’m doing my best to be just like him. I pray that this will inspire people to think of others more than themselves.”

And how does Janice feel about Anna?

“Anna is an angel,” Janice said. “It is overwhelming to receive such a gift – literally my child’s life. A lot of people offered sympathy and help, and many of our friends and family tested to see if they could donate. But Anna was the only one who said she could feel my desperation… because she had been there. While spending time with Anna and her family, I heard many heartfelt stories of Lake’s generous heart and ability to shine his inner light on others. Honestly, the Thompsons felt like family from that very first day we met, and I wish we had gotten the opportunity to meet Lake.”

Two days after surgery, James came to Anna’s room and he looked great. The jaundice that had been so noticeable just days before was gone. Anna and James have become friends with a special bond. She describes him as brilliant and very sweet, and she can’t wait to see what his future holds.

A future made possible by her mother’s heart.

**  Anna and her family fight cancer in Lake’s memory through a named fund called United for a CURE. Together with two other families, they work tirelessly to fund research that will end pediatric AML.