By Mark MyersApril 2, 2020No Comments

A fall that never seemed to get better started seven-year-old Landon off on a journey that took an unexpected turn.

“He just slipped and fell,” recalled his mother, Jessica. “It didn’t seem like much. But he hurt his back and it never got better. When he refused to go up stairs and was screaming in pain, we took him to get an X-ray.”

The X-ray didn’t reveal any broken bones, but later an MRI would show that Landon had leukemia. That was two years ago and because Landon would be immunocompromised during his treatment, his family had to learn all about handwashing, surface cleaning, and social distancing.

Some of the basic recommendations to keep leukemia patients safe from germs include:

“We are constantly cleaning our house,” Jessica explained. “Landon’s treatment is three years – and he is immunocompromised that entire time!”

Landon reached remission in thirty days and his treatment has gone according to plan. The cold and flu season usually puts him on a health rollercoaster. He has been in admitted to the hospital a few times in the spring seasons and typically rebounds by summer. He was enjoying soccer this year and was very disappointed that the COVID-19 pandemic forced its cancellation, but he understands that he needs to stay well.

“Landon is why I social distance,” said Jessica. “Because of his cancer, he’s been forced to be in quarantine and at times he has had to stay away from friends and family. If he can do it for three years, we can all do it for a few weeks.” 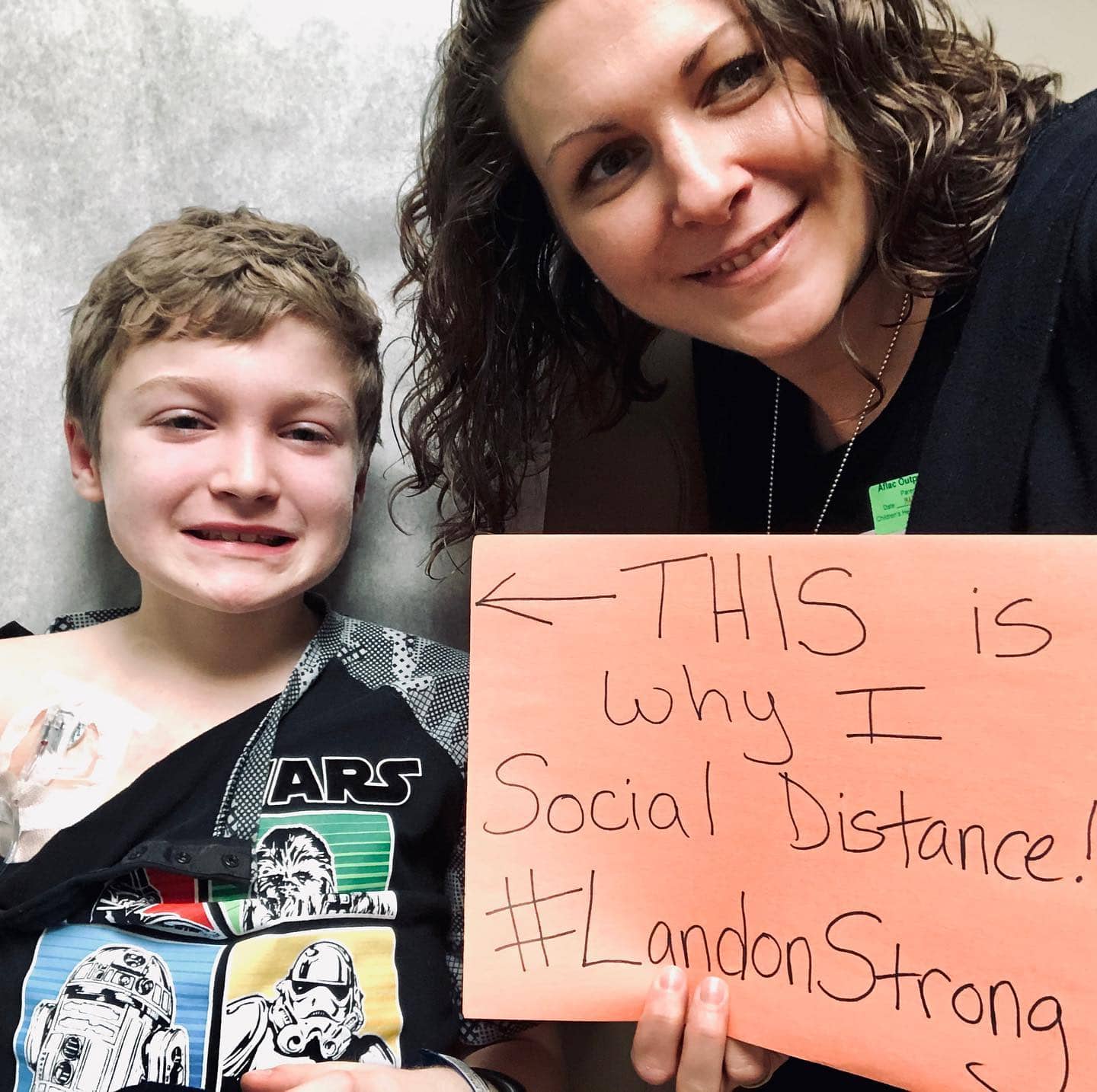