Lendmark Climbs to a Million and Beyond

Would you walk a track or climb stadium stairs for two hours if it would make a difference for children with cancer? That is the question put to the employees of Lendmark Financial Services by CEO, Bobby Aiken. And for the third year, the answer was a resounding “yes!”

Bobby is passionate about finding cures for childhood cancer. Over the past decade, he has known three different young men who were diagnosed with varying types of cancer. All three survived, but their individual journeys caused Bobby to step back and rethink his view of challenges.

It was Chip Madren who had the most profound effect on Bobby. Bobby and Chip’s father, Ken, have been friends since childhood. The Friday before Chip was diagnosed with Stage IV Metastatic Anaplastic Medulloblastoma and given a very slim chance for survival, the three were fishing together – a normal weekend. But the news that broke on Monday was staggering. 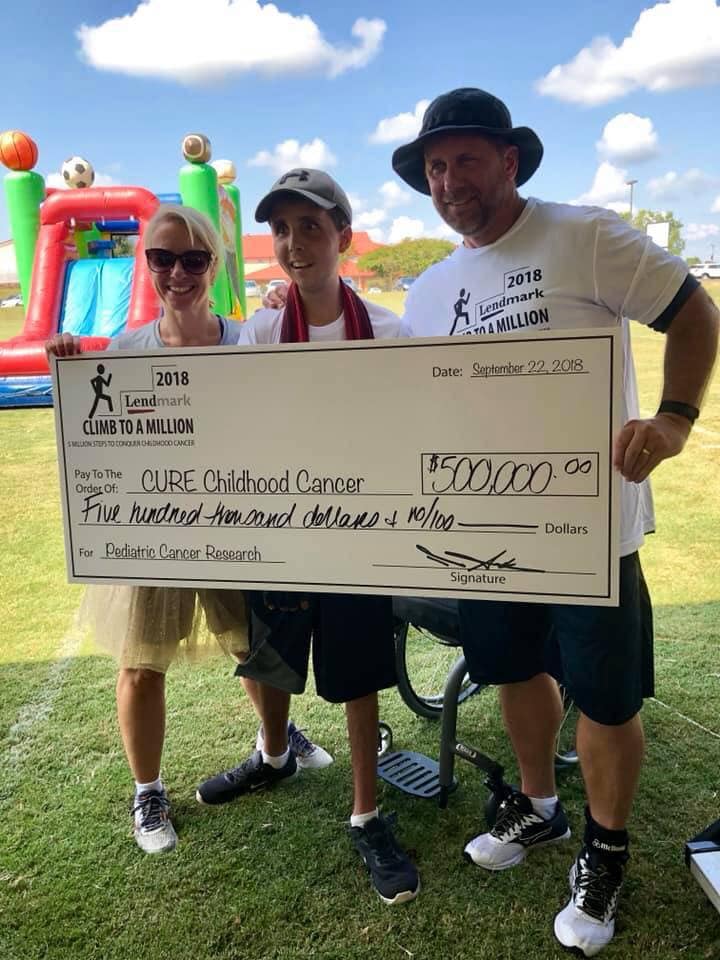 “In less than five days, we fished, laughed, ribbed one another, encountered a diagnosis of cancer, endured the first of many surgeries, and felt hearts breaking all around us.” Bobby recalled. “I’ll never forget the tears that filled the eyes of my family when I shared the news. Life kind of seemed to stop in its tracks.”

As difficult as the early days were, it is the path since then that served as an inspiration to Bobby.

“I watched Chip literally fight for his life and win,” he said. “Chip’s fight has made me a better person and has positively impacted many, many lives.”

Bobby is a stadium runner and has spent the last few years thinking about Chip and kids like him who are facing the challenges of cancer while running. He had an idea. What if he took his love of stadium running and turned it into a fundraiser, engaging his company’s employees, partners and vendors in the fight against childhood cancer. The Climb to a Million was born.

In its first year, the climb raised $282,000 and $505,000 in its second. On September 22, 2018, Lendmark employees from all around the country gathered at the Oconee County High School stadium as a part of the third Climb to a Million to climb, walk, and sweat. Unlike most extended workouts, the spirit wasn’t somber or intense. Rather, there were smiles, laughs, and encouragement as everyone put in their steps toward the goal of raising $500,000 to fight childhood cancer.

But it was more than a workout. The morning started with skits by fundraising teams such as Cancer Busters, Pirates of the CUREibbean, and Hawaii-CURE-O. There was even a rousing song that got the crowd hopping: C-U-R-E to the tune of YMCA. Following the fun, everyone hit the track to put in their steps. Working together, they again surpassed the $500,000 mark making the three-year total more than $1,300,000 to fight childhood cancer. They want the money raised to support CURE’s precision medicine initiative, which involves precise, gene-based treatment. 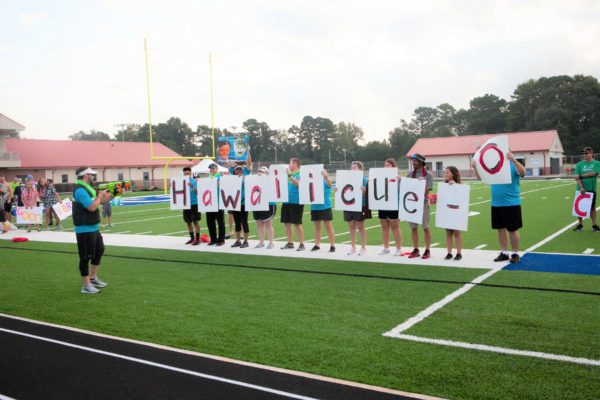 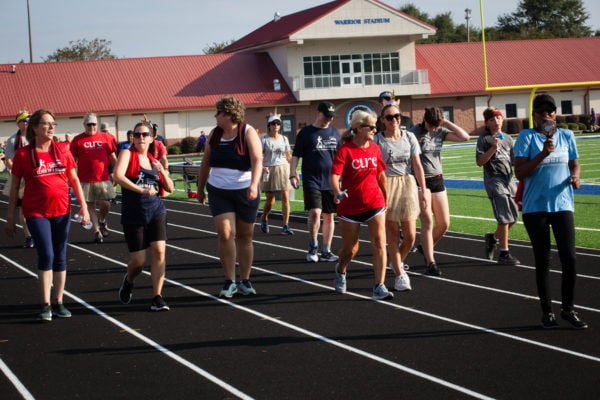 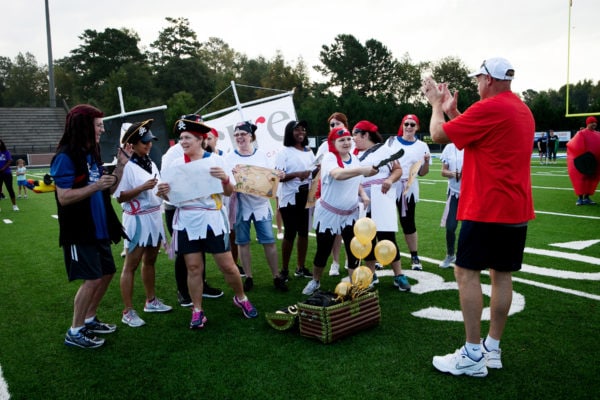 “We are part of the precision medicine engine now,” says Ethan Andelman, Lendmark’s Chief Marketing Officer. “We want to see this innovative form of treatment become available for all children with cancer. We want to be a part of making that happen.”

While it started with the CEO, Bobby won’t take credit. “The Madren family is one of thousands that have to take on this fight every day,” he said. “It’s hard on every one of them and it’s a fight for every child. It takes every characteristic of strength, persistence, and faith; requiring reliance on one another and on those that surround them. They did it, they continue to do it, and they set the example for others to follow.

Click below to see the 2019 Climb to a Million.