By Mark MyersMarch 5, 2021No Comments

Hank Steed’s college career started off with a bang. Early in his second semester, Hank began suffering from a headache. When it lingered a couple of days, he decided he should get a COVID test. As the pain intensified, he went to an urgent care facility that sent him on to the emergency room.

Hank attends Mercer University in Macon, which is about two and a half hours away from his hometown of Bowdon, Georgia. Since he was alone, his father, Noah, was advising text while he waited to see what was wrong.

“The hospital ran a few tests and everything came back okay except they told him his white blood cell count was elevated,” said Noah. “While he was waiting for more results, he got word that his COVID test was negative. At that point I got in the car to be with him because I knew we were looking at something more serious than a headache.” 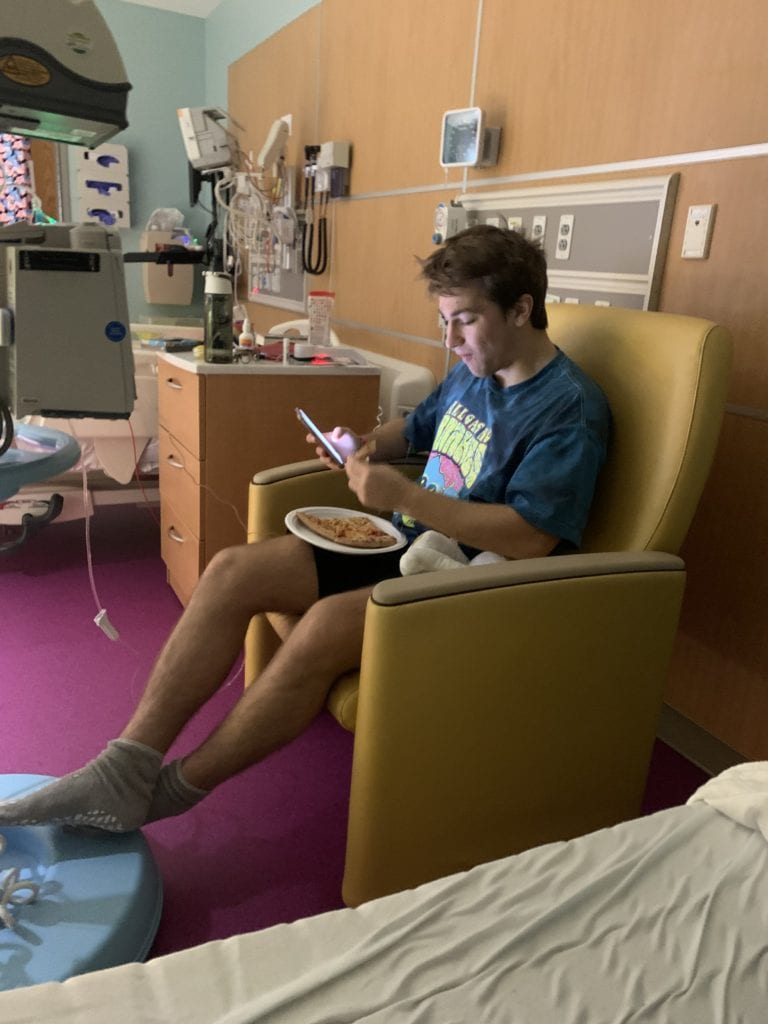 As soon as Noah arrived at the hospital, a hematologist sat he and Hank down and told them that Hank had t-cell leukemia. Due to his age, Hank was transferred to an adult hospital in Atlanta to begin treatment. But this form of leukemia is typically considered a childhood disease. So on the advice of their family doctor, Hank and his family opted to accept an offer to transfer to Children’s Healthcare of Atlanta.

“It’s a little weird being in a children’s hospital,” laughed Hank. “But because of COVID, I would have had to go through treatment alone at the adult hospital. I don’t think I could have handled that. Sometimes it’s nice to be treated like a kid, and this is definitely one of those times.”

As he started treatment, the family moved from shock into fight posture.

“I knew right away that I wanted to get after leukemia, and not just my case,” said Hank. “I want to get after it for every kid.”

As friends and neighbors asked how they could help, Hank decided to raise money by selling t-shirts. His hometown community and friends in college bought more than 400 of them, raising $3000. Since he met CURE while being served meals in the hospital, Hank planned on donating the money until his father had another idea.

“I explained the concept of leverage to Hank,” Noah said. “I told him that he could donate that money, or he could use it to make more money by issuing a challenge to our community to match their donations up to $3000.” 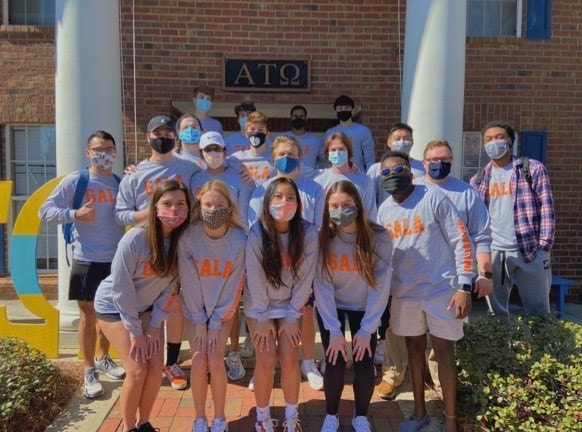 So Hank issued the challenge and reached his goal almost immediately!

“It’s been insane,” Hank said. “We keep getting donations from friends, family, schools, and even complete strangers. Our community has been great. Just seeing all the love and support we are getting is overwhelming at times.”

Hank finally got to go home after his initial hospital stay. He had to withdraw from school because of his diagnosis and has a long treatment ahead. His treatment calls for intensive chemo for 6-8 months, but he is hopeful that he’ll be well enough to re-enroll in school in the fall. Until then, he’ll have some time to work on plans to beat leukemia for good!

If you want to help Hank get after leukemia, you can donate by texting “hankstrong” to 44321.