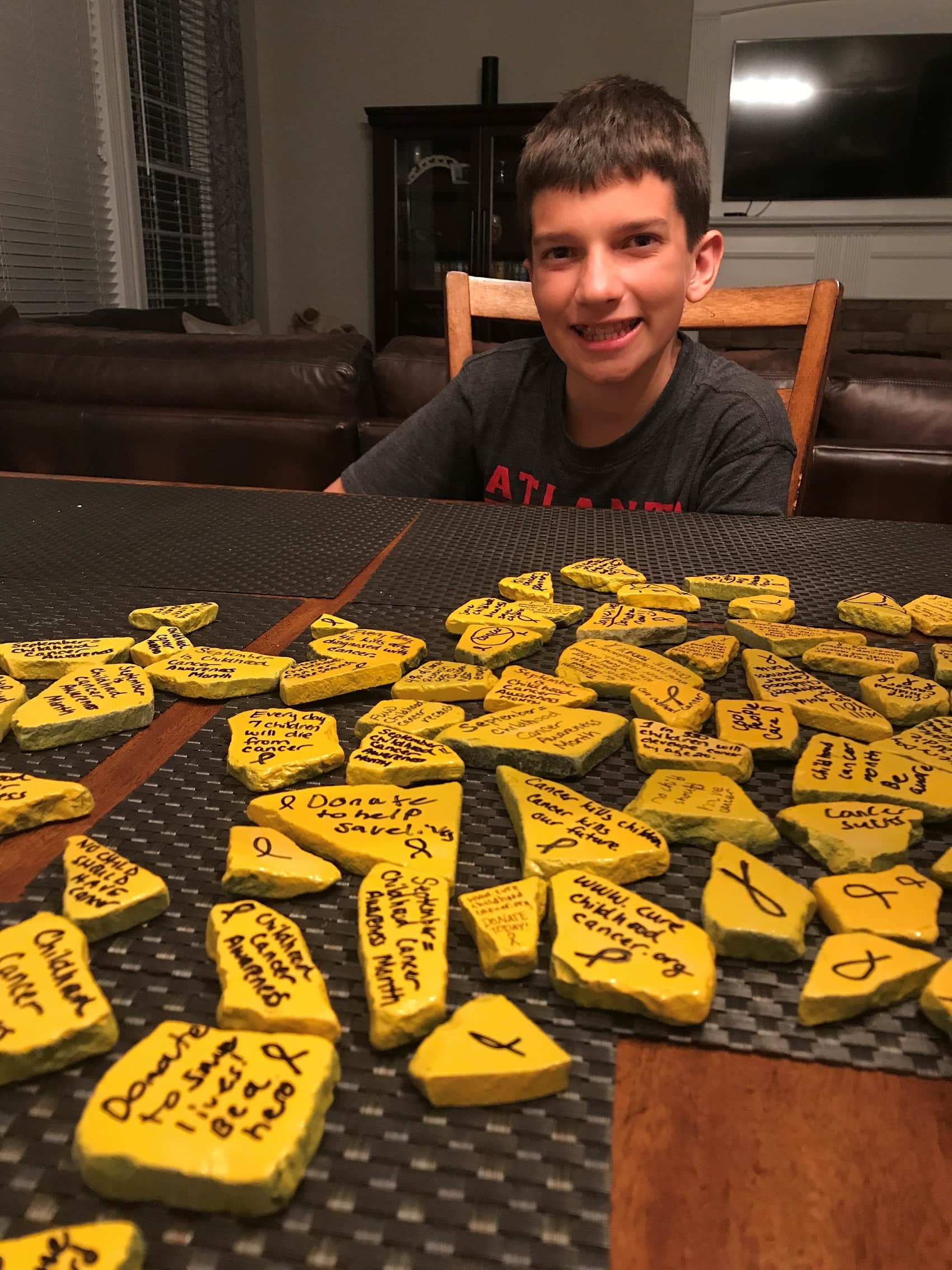 When Andy Boone had find an organization to support to complete the requirements for his citizenship in the community merit badge, the decision wasn’t difficult. After watching his older sister, Abby, fight leukemia, he knew that CURE Childhood Cancer was the choice.

Although he was only six years-old when she was diagnosed, Andy remembers some specific things from her time in treatment. He vividly recalls rushing to get food with his father so that she would have it when her sedation was finished. He also remembers spending the night in the hospital with her and the coconut water she needed for recovery. And he is very glad to report that she is doing well now.

But Andy and his family didn’t leave cancer in the rearview mirror. They actively work with CURE to raise money for research and support other families who are going through treatment. This work has given Andy a keen awareness of the issues related to childhood cancer and its lack of funding.

With those issues in mind, Andy set out to accomplish the tasks necessary to get his badge. This involved eight hours of volunteer work. He has volunteered at the CURE Holiday Party and plans to do so again, but that only fulfilled half of the requirement. So he began to brainstorm about how he could do something to create awareness for childhood cancer. That’s when he landed on awareness rocks.

Since gold is the chosen color of Childhood Cancer Awareness Month, he gathered rocks and painted them bright gold. Then he spent an hour researching facts related to childhood cancer so that he could paint those facts on the rocks with the intention of placing them in obvious places where they could be seen by others. His hope was that those people who saw the rocks would take the time to read them and learn the things his family discovered during Abby’s treatment.

Many things he found surprised him. But the fact that stood out the most to Andy was, “Every day 46 kids are diagnosed with cancer.” 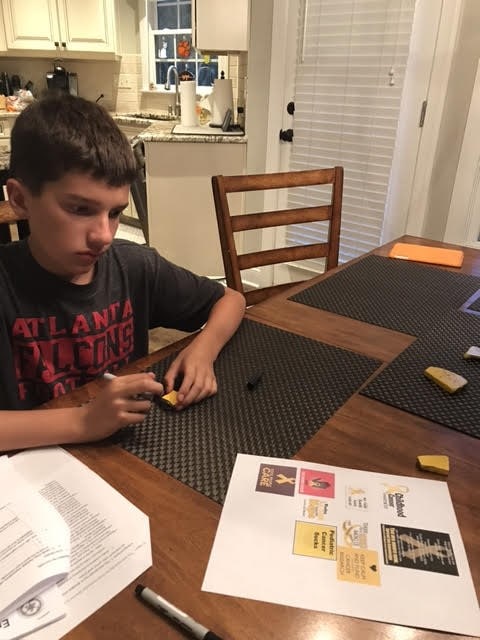 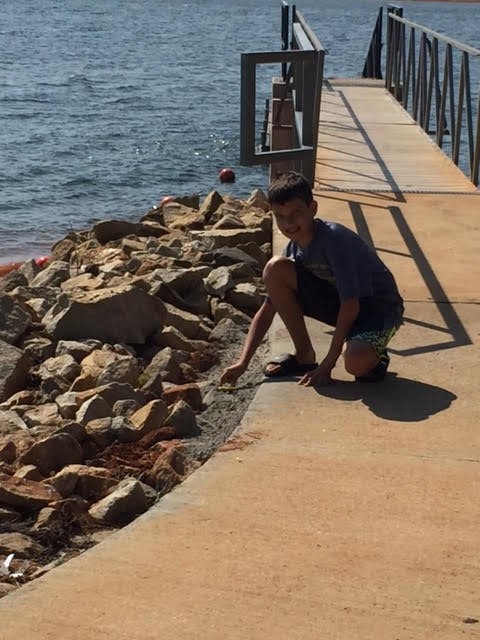 When the paint dried, he took all of the rocks and put them near the boat launch at Lake Hartwell because it is such a well-travelled area during the summer. He and his friend hung around the area and just happened to hear some people talking about the rocks and what was written on them. Obviously, his plan to share the facts worked!

Andy wrote up details about his project and submitted it to his troop last Saturday. After he completes his service he will be able to claim his merit badge. Most importantly, with every rock that is read, his project is creating awareness for children fighting cancer.