A Rain on Parched Hearts

By Mark MyersDecember 16, 2020No Comments

Anna Hanger was an extraordinary young woman, wise beyond her years and generous beyond words. In June 2003, Anna was diagnosed with a brain tumor. Her treatment was long and hard, and she suffered many complications which caused her to be hospitalized for the better part of a year. While she achieved remission in 2004, it was short lived, and her cancer returned just months later. Doctors told her family there was no further treatment for Anna and urged her parents to quickly take a Make-A-Wish trip due to Anna’s poor prognosis and their concern that her quality of life would begin to decline quickly.

Anna and her parents did take a “final” trip. Anna was scheduled to have surgery two days after they returned. Prior to surgery Anna had an MRI. With tears in her eyes, Anna’s doctor shared the incredible results: Anna’s tumor was shrinking. Anna’s tumor continued to shrink over the next year. Although she remained cancer-free for many years, Anna faced several challenges in her young life. 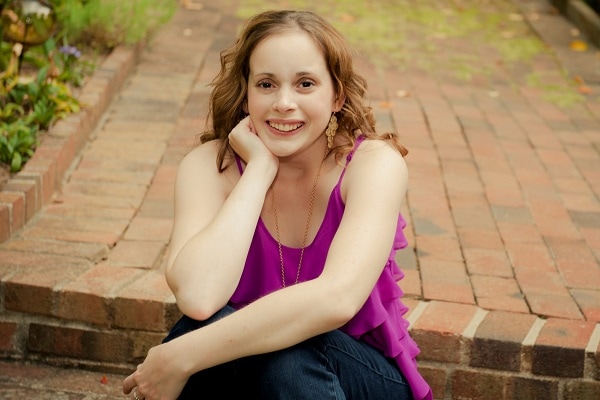 No one would have blamed Anna if she became sad and angry as a result of her limitations and very serious challenges caused by the brain cancer and treatment. But that just wasn’t Anna. From the time she was diagnosed and received an outpouring of love and support, including gifts and cards from family and friends, Anna became very aware of the other children at the hospital who were not getting the same kind of support. It touched Anna deeply and was very hard for her to accept. In spite of the fact that Anna was almost completely deaf, had severe scoliosis from radiation treatments, significant balance issues, loss of feeling on one side of her face, and many other permanent disabilities, she became obsessed with finding a way to help the other children with cancer. The idea of Anna’s Angel Fund was born.

When people asked what they could do for her or what gifts they could bring her, Anna suggested they make a donation to her Angel Fund instead.

The Angel Fund gave Anna a way to help the children who touched her heart and also became something positive for her to focus on while facing her own battles every day. Anna maintained this fund for years, and of course, she insisted that all of her financial aid and gifts be made anonymously. Over the years, Anna raised and gave away more than $600,000 to children and families whose lives had been devastated by pediatric cancer. Anna found joy every day in making her gift of life count for other children. The fund was eventually retired, but Anna never stopped caring about and working to make life better for children with cancer.

“Through the generosity of its supporters, Anna’s Angel Fund will be a much-needed rain on their terribly parched hearts.”

In June 2019, Anna’s cancer returned, and she passed away in August 2020. Her parents, Larry and Lisa, recently faced their first Thanksgiving without their precious daughter. They drew on her grateful spirit and generous heart to get through.

“Throughout Anna’s life, and especially during her battle with cancer, we’ve expressed just how precious it has been to embrace gratitude,” Lisa shared. “Even now as we face the hardest days of our lives and struggle to learn to live without Anna, gratitude and grace sustain us.”

It is in that same spirit that her family has revived Anna’s Angel Fund as a Named Fund of CURE. All funds received will be directed towards CURE’s patient and family support programs.

“Reviving Anna’s Angel Fund is what Anna would want,” Lisa said. “Donations to the fund are directed toward CURE’s patient and family support programs because families fighting cancer are trapped in thoughts of mounting bills, loneliness, and fear of what the future holds. Through the generosity of its supporters, Anna’s Angel Fund will be a much-needed rain on their terribly parched hearts. In that way, our sweet Anna will still be making life better for children with cancer and their families.”

A gift to Anna’s Angel Fund will help to continue her legacy of caring for and helping families of children with cancer.