A Legacy of Compassion 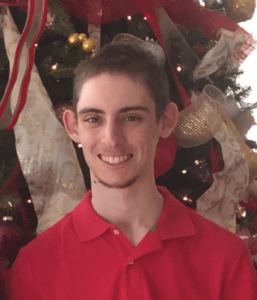 If you waved at Michael Mugrage, it’s doubtful you would have received a wave in return. More than likely, you’d have gotten a warm smile and one of his signature shakas – a hand gesture residents of Hawaii use to convey the Aloha spirit. It is a sign of friendship, compassion, and respect. Michael was born in Hawaii and spent his first twelve years there before moving to Bluffton, South Carolina.

In Bluffton, Michael grew to become a typical high school teenager. He liked playing Xbox, loved football (he’s a huge fan of Joe Montana and the San Francisco 49ers), was looking forward to getting his driver’s license, and was taking classes to pursue a future career in law enforcement. But he was getting thin, and he started complaining of severe leg pain, abdominal pain, and headaches. A doctor said these were just growing pains, but just days later, Michael was in urgent care with a collapsed lung.

Two hospital transfers via ambulance in a matter of hours and several tests later, he received devastating news. On Halloween 2017, Michael and his mother, Jessica, were told that he most likely had cancer. He had a large mass and would need surgery for a biopsy. The result came back as high-risk (stage 4) alveolar rhabdomyosarcoma (ARMS), an aggressive soft tissue cancer. Although they were fairly new to Bluffton at the time of the devastating diagnosis, their neighbors rallied to their side. The high school principal, teachers, classmates, and several police officers stopped in to visit. Early on, Captain Joe Babkiewicz of the Bluffton Police Department and Michael formed a strong friendship based on their passion for law enforcement and football. Recognizing his qualities of courage, strength, and compassion, Captain Babkiewicz made Michael an honorary Bluffton police officer and designated him a “True Hero.” 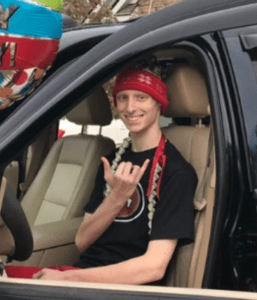 Michael endured months of high-intensity chemotherapy treatments, surgery to remove the mass, and the lifetime amount of radiation to his lung and abdomen. For a while, the treatment seemed to work, and Michael was counting down his remaining treatments with hopes of remission and returning to high school. Unfortunately, nine months into treatment, the cancer returned with a vengeance and Michael was given days to live.

Proving his status as a hero, Michael accepted his fate and asked to enroll in a trial to help other children, even after being told it would not help him. He was scheduled for an appointment, but his health deteriorated quickly, leaving him unable to travel for the trial. Michael passed away on August 28, 2018 at the age of 16.

When Michael knew his time on earth was coming to an end, he again showed the compassion for which he had been commended. He told his friends and family that his desire was to see an end to pediatric cancer so that children diagnosed after him would have hope of a long life.