When Football is Normal

What do we want for our children?

Some would say an education, a better life, or an opportunity to succeed. Of course, we want all them to grow up healthy, smart, and strong of character. Most parents who have guided their children through cancer treatments would agree that they just want their child to be normal – to have the chance to blend in and experience being the kid they are supposed to be.

What happens when normal is football? Can a child who has gone through cancer treatment ever hope to play football again, much less play at a high level? 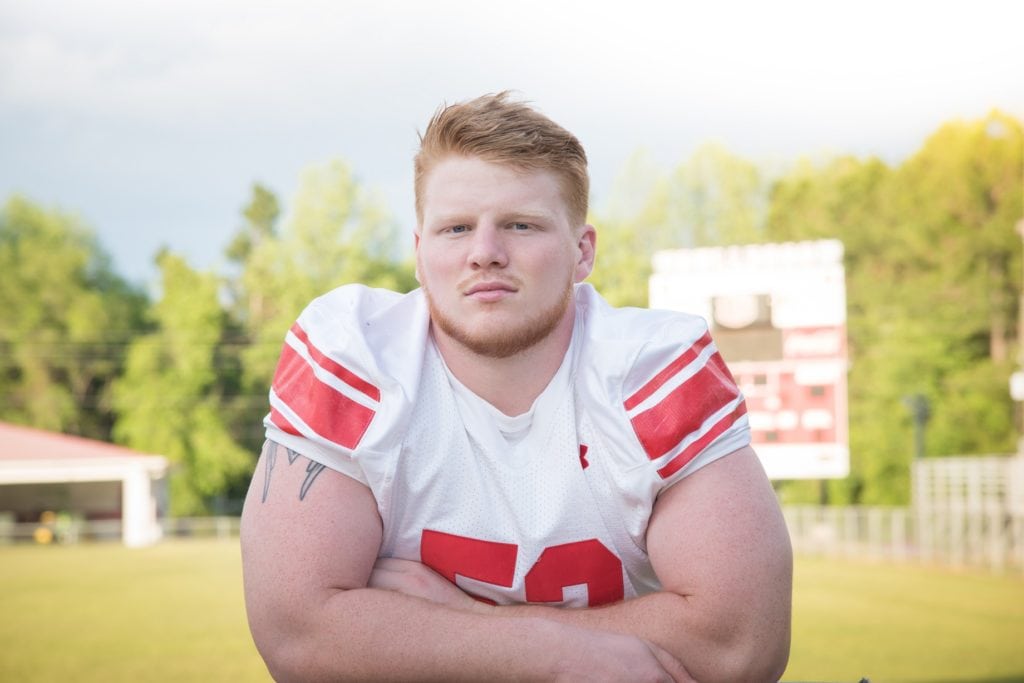 Zachery was diagnosed with osteosarcoma at eleven years-old. The tumor was attached to a bone in his foot. He had to endure eight surgeries and learn to walk all over again. All he wanted was to be normal and for Zachery, football was normal.

He had to sit on the sidelines for two years and watch his friends play. Often he would stand leaning on crutches because he couldn’t stand to be still. The watching and waiting was torture. When he felt strong enough to get back on the field, one doctor told them he couldn’t do it – that he would never play again because his bones were compromised. In fact, he was told that to be on the field would be like playing on crackers and something inside him would eventually crumble. But they also had one doctor who knew of his burning desire to play and told him to get back out there.

Eventually, Zachery decided that he wouldn’t take no for an answer and he worked hard to take the field. He has had injuries since – but more the garden variety bumps and bruises that every football player gets. He has had trouble with a kneecap but pushed to get back in the game every time.

As it turns out, Zachery is good. At 6 feet, 235 pounds, he plays a punishing offensive and defensive line for Emmanuel County Institute where was named the 2015 top OL in State of Georgia for the Single A division and selected for the 2016 preseason GHSA OL for Georgia. He has been given the “Player of the Week” at Emanuel County Institute and has some colleges interested in him after he graduates next year. He currently has four top choices: The Citadel, Hope College, Western Michigan, and St. Olaff, but is keeping his options open at this time.

Zachery is so good that he has been selected to play in the OD All-America Bowl in Atlanta on December 30th. The Diamond in the Rough Game will be broadcast on ESPN and there will be many college coaches in attendance.

We at CURE wish Zachery the best for his future both on and off the field. Zachery is living proof that our investment in research can allow kids to be more than normal – they can thrive. Our goal at CURE is to fund life-saving research that improves the survival for children battling cancer as well as addresses the unique and critical needs of survivors. We want ALL children to thrive. Won’t you join us?