The Girl who Dances Through Chemo

Imagine having to evacuate for a hurricane just days after you’ve celebrated the birth to your fifth child. To make matters worse, while away from home you notice that your eight-year-old’s stomach is distended and hard. It seems more than we can fathom, but it happened to Derrick and Alana Williams.

After Hurricane Irma moved out last September, the Williams family returned to Savannah. They assumed that the hardness in Nevaeh’s stomach was due to constipation or something similar.

“When we got home, we saw that her stomach had grown a lot from the time we first noticed it,” Alana recalled. “It stuck out so much she looked like she was pregnant. I tried to hold it together for her and her sisters. But I was freaking out!”

Derrick took Nevaeh to the doctor, who immediately sent them to the hospital. After an ultrasound and CT scan, he heard the awful words, “your child has cancer.”

The hardness in their daughter’s stomach was a three-pound tumor. In fact, Nevaeh had several tumors in her abdomen. After a biopsy, the tumor was originally diagnosed as Ewing’s sarcoma. But Alana wasn’t sure. She began researching Ewing’s and nothing seemed to match up to Nevaeh’s symptoms. A second opinion revealed the tumor was actually desmoplastic small round cell tumor (DSRCT) – a cancer so rare that fewer than 200 cases have ever been reported. Worse still, there is no standard treatment available.

Doctors recommended the same aggressive chemotherapy regimen that is prescribed for Ewing’s sarcoma and began right away. This chemo typically causes nausea, mouth sores, and many other difficult side effects. But those haven’t seemed to bother Nevaeh. She hasn’t been sick or hurting in the hospital. In fact, she has danced. 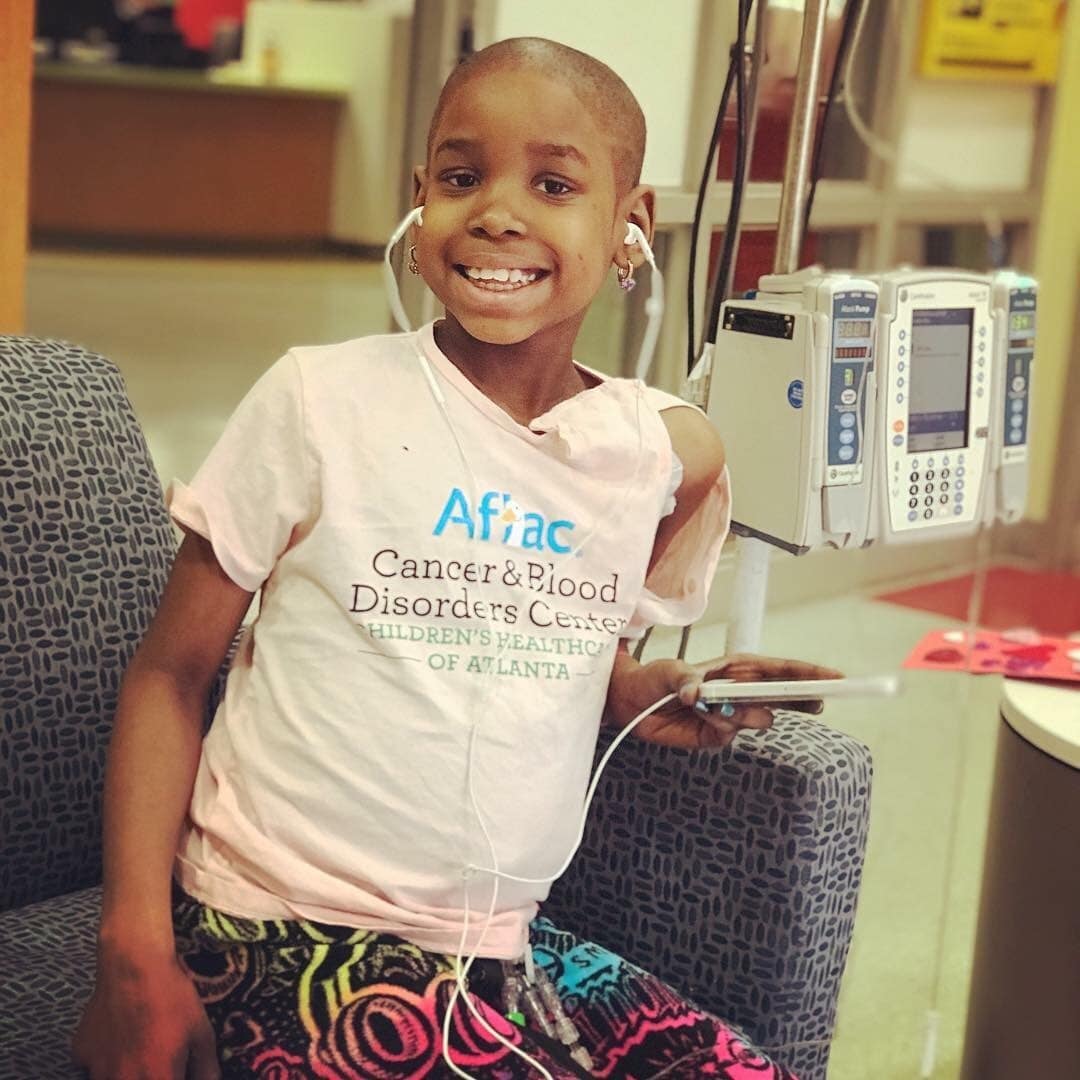 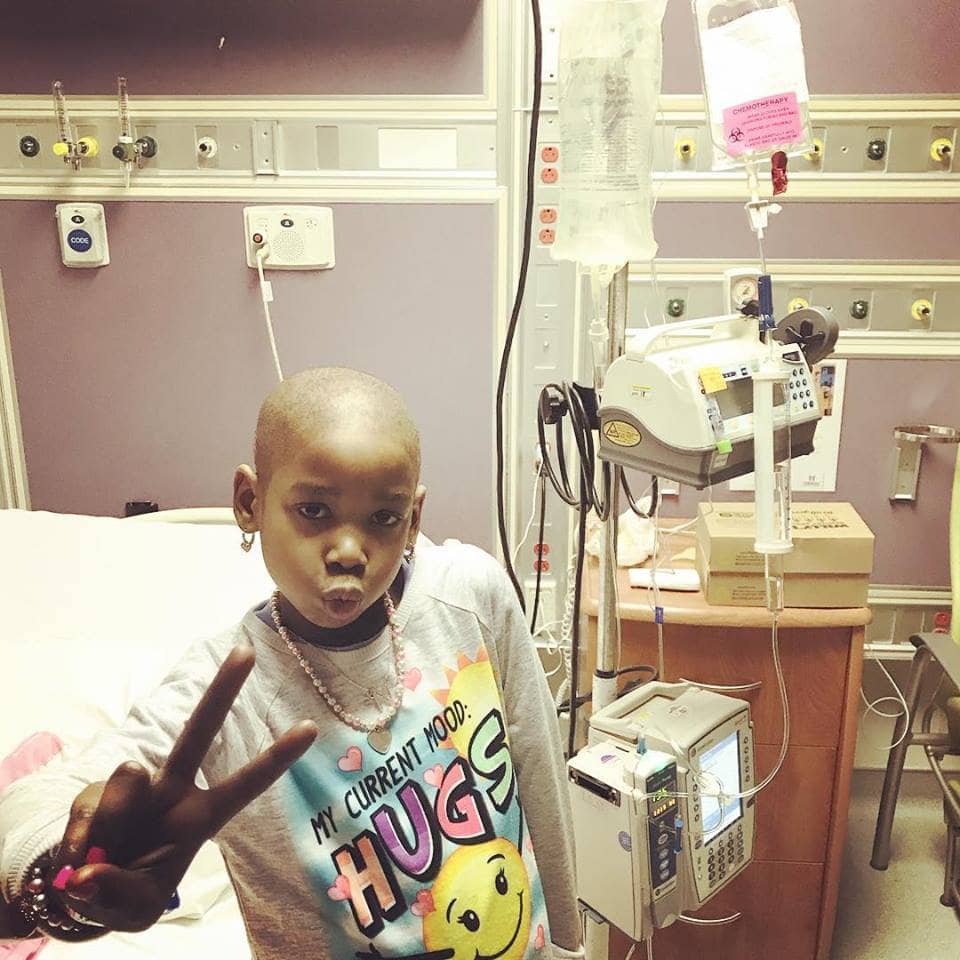 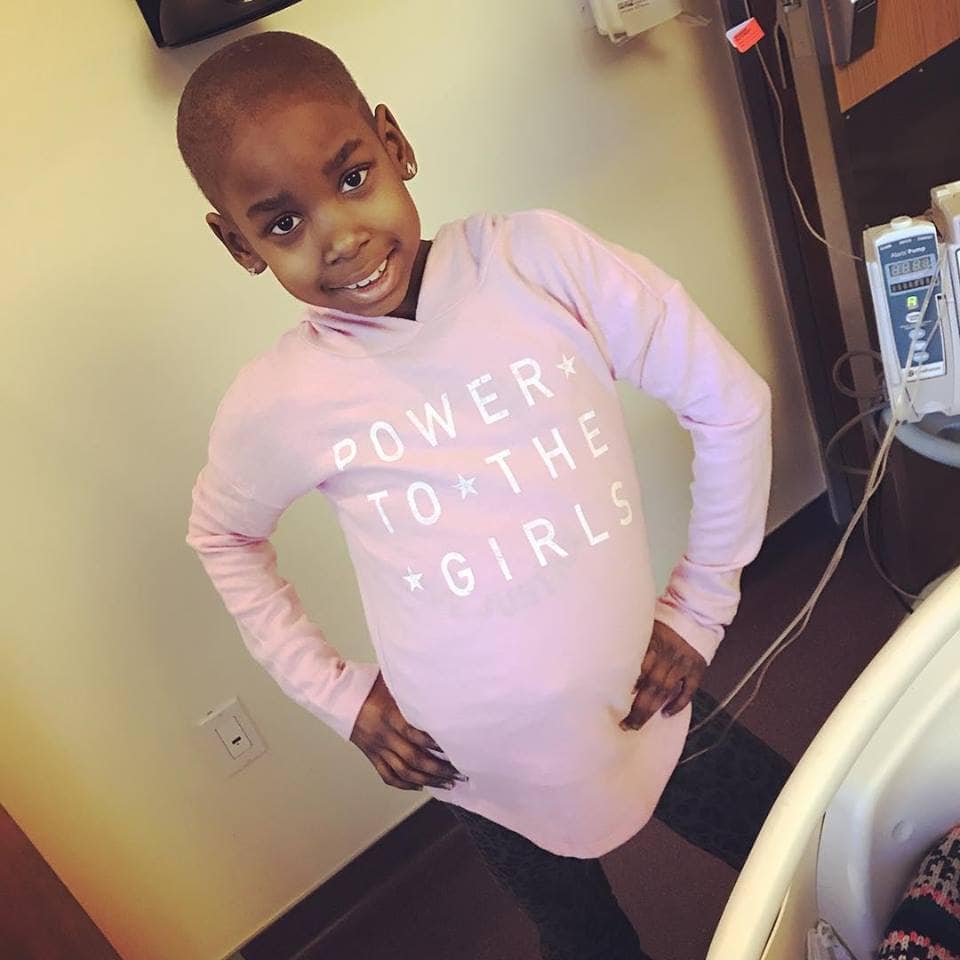 Her mother describes Nevaeh as outgoing, strong, and brave. She is a very perceptive girl and knows exactly what is going on with her cancer and her treatment. She also loves music. She started playing her favorite songs as a way to distract herself after chemo. And like most of us, she couldn’t keep from moving when her favorite songs played. That’s how the dancing started.

“It’s very therapeutic for her,” Alana said. “She can’t help the fact that she is stuck in the hospital, but dancing is a way to block out the bad stuff and try to keep things normal. It is one of the few things she can still do right now.”

Nevaeh’s dancing has attracted attention. She has danced with musicians and Falcons players who have come to visit the hospital. She has also learned to manage the tubing that is attached to her during her hospital stays. She holds the lines in one hand so she doesn’t get caught up in them. Nevaeh often Facetimes with her sisters so they can all dance together.

“We are a very close family. We do everything together,” her mother said. “Her treatment is really the first time the family has been separated, so we are glad she can use her iPad to talk and play with her sisters when they are apart.”

The good news is – her treatment is working. Nevaeh’s tumors have shrunk over 50% since treatment began. Soon she will have a high-risk surgery that circulates chemo into her abdomen to kill cancer cells that cannot be surgically removed. After she recovers from that, her plan includes six weeks of radiation and if everything goes well, Nevaeh will then be free to practice her dance moves wherever she likes with no tubes to hold her back!

Throughout the treatment, her attitude has been nothing short of inspiring. When a reporter asked her about her treatment, the little dancer simply said, “your current situation does not have to be your destination.”