Ralph Black knows a thing or two about washing cars. He also knows about pediatric cancer because he’s been there with his son, Trey. Trey was born with a rare genetic disorder called MSUD, which inhibits his body’s ability to process proteins. The first year of Trey’s life was filled with doctors, hospitals, and more than a couple brushes with death.

But as things finally began to stabilize, Trey was diagnosed with leukemia. Because he was the first known case of a child having MSUD and cancer, doctors didn’t know exactly how to treat him.

“There was a balancing act,” Ralph said. “He had a terrible reaction to chemo at the start, and we thought we were going to lose him. Slowly, the doctors figured out how to give him enough chemo to treat the cancer without it being too much for his system. But we stayed in the hospital for four long months in the beginning.”

Trey finally got to remission and slowly started to grow up and get healthy. But his treatment has led to challenges. Their family’s experience with cancer would impact Ralph as he built his car wash. 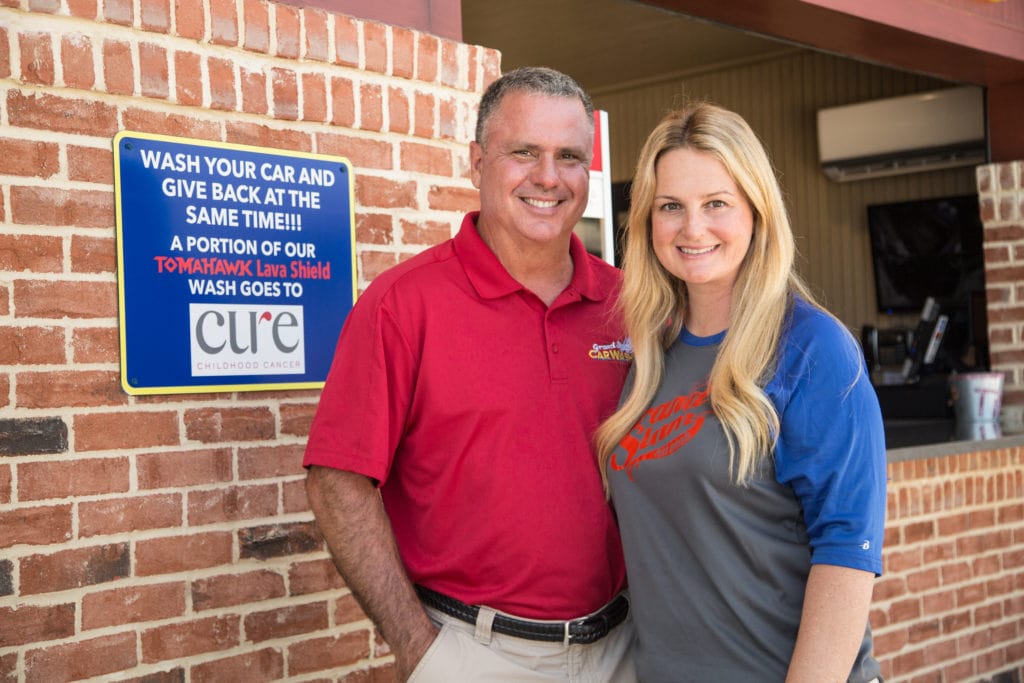 “I always wanted to give back, and CURE was the perfect way,” explained Ralph. “We were there. We know how hard childhood cancer is on a family. While finding a cure for the disease is critical, helping families is important
to us, and CURE does that.”

If you would like more information about how your business can make a difference for kids fighting cancer, you can email Hannah McIntosh or fill out the form below. We would love to work with you.

All over the country, hundreds of businesses and schools host Gold Out events, spirit nights, denim days, percentage nights, and many other fundraisers to support CURE in September. It’s never too early to start planning a September fundraiser. CURE’s commitment to our community is to help you publicize your event to maximize its impact. If you would like more information or have an idea you would like to pursue, please contact us through the form below: