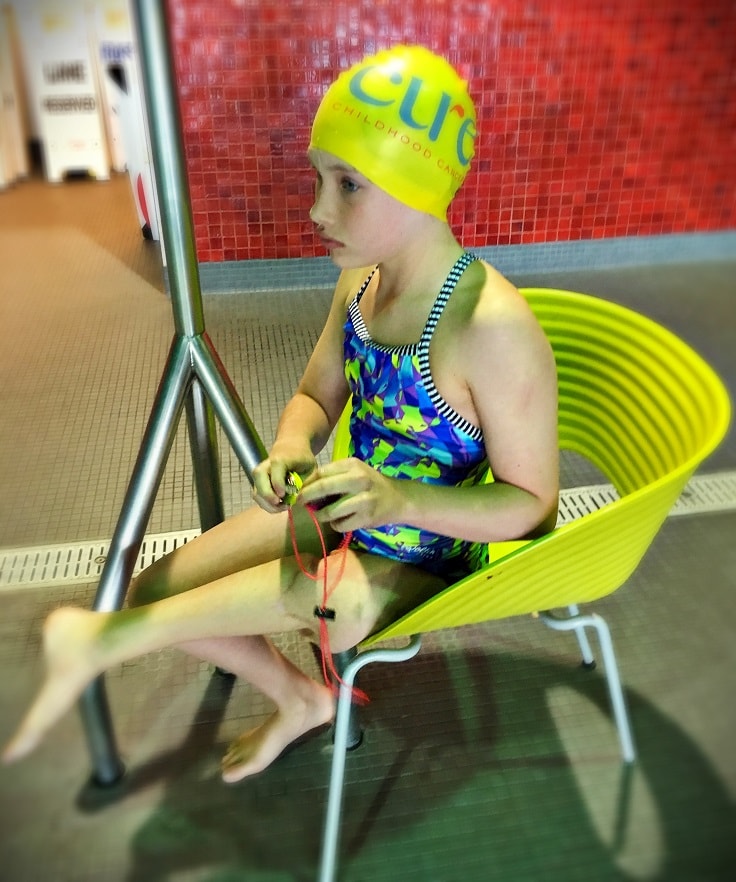 We all could use a little more Grace in our lives – and by Grace, I mean Grace Bunke. Grace is your typical eighth-grader: braces, curly hair, and a delightful smile. But Grace is exceptional in many ways and one you would spot immediately – her ankle is now her knee!

Grace was diagnosed with Osteosarcoma in August of 2014. With her treatment options limited, Grace and her family chose rotationplasty – an innovative surgery that removes the cancerous knee while the ankle is rotated and reattached to the limb. Since a typical amputation would limit her future flexibility, having a knee joint greatly increased the chance that Grace would be able to continue her athletic pursuits after treatment.

Before cancer, she ran track and cross-country. With a running prosthetic being built, those days on the track are soon to return. However, for now, she has a new love: swimming. Things can be difficult for a swimmer with half a leg. When she first got back in the pool she only used her full leg, but she gradually taught herself to use both and now there is no stopping her. She said it took a couple of months to really get the hang of it and go fast. Once she mastered the stroke she went on to swim competitively. In fact, she has her sights set on the Paralympics. 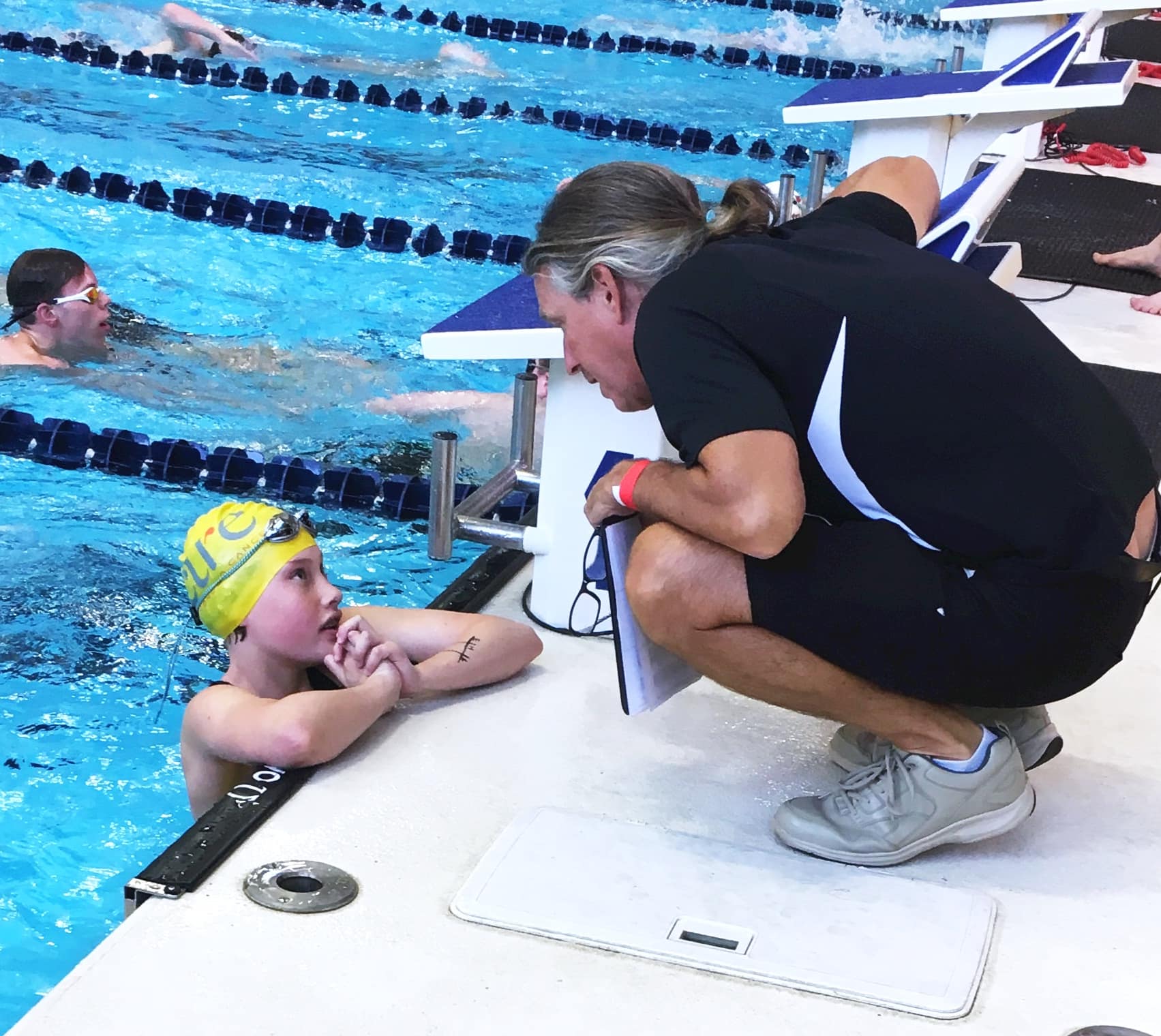 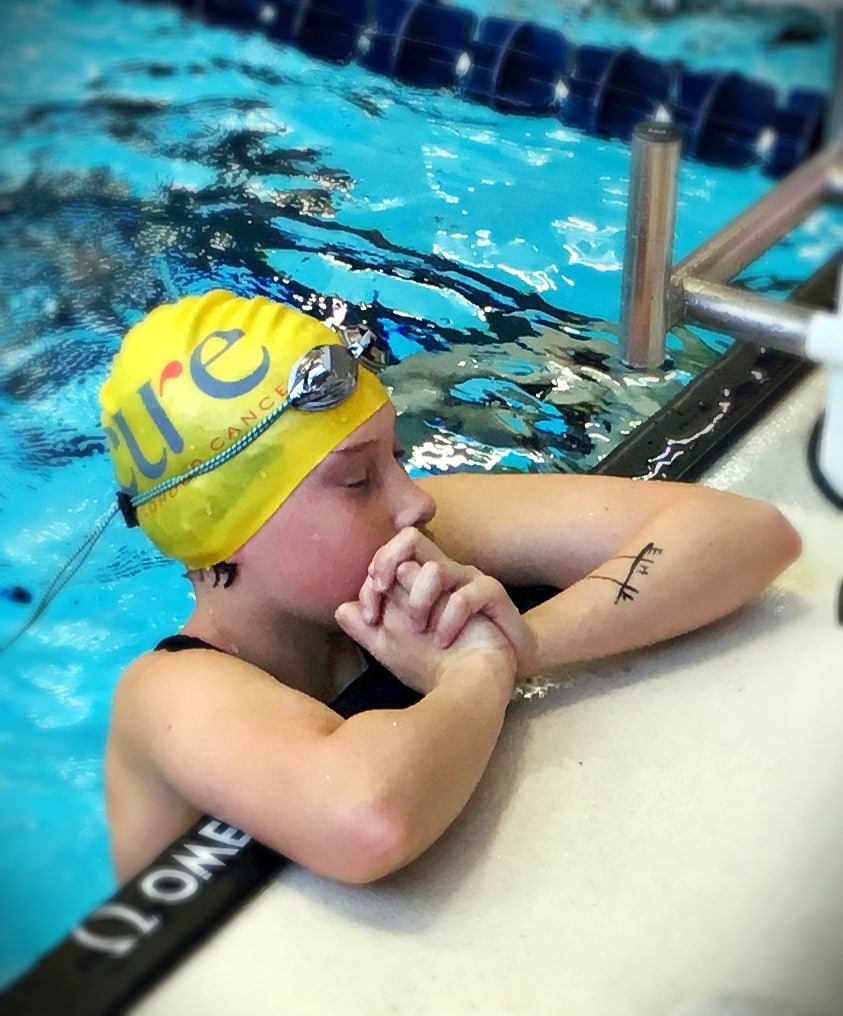 But October brought on a setback. After a routine scan, doctors found tumor growth in her lung that required immediate surgery. While the family prepared for the surgery, they also began to think about what that would mean to Grace’s swimming aspirations. Her mother, Vicki, wrote:

But more important than that, during the course of the weekend, Grace told me that she had designated the Can-Am Open Meet in Miami over the Thanksgiving break as her ‘come-back’ meet. When I gently implied that she may not be entirely ready for this meet, she replied with the following question:

Mom, don’t you believe in me?

Of course, I believe in you Grace, I replied.

You have taught me more about believing than anyone I have ever met. And you have shown me that our best life is not our easiest life. Our greatest joy and satisfaction comes not from avoiding hard things but from joyfully embracing them.

The surgery is behind her now. The doctor removed a single lesion/nodule from Grace’s left lung and is confident that she obtained clear margins. And Grace? She’s back in the pool and pointing toward Miami at the end of November. You don’t have to talk to Grace very long to know that she’s driven. Once you meet her, it is easy to believe in Grace. In fact, I would say it would be impossible to spend a few minutes with her and be a doubter.

CURE believes in Grace and can’t wait to hear her race times later this month. We also believe that childhood cancers can be defeated in our lifetime. Join our team by contributing to life-saving research today. Your donation, however large or small, shows that you too believe.